The graphic above shows why; that top chart shows US cases continuing to climb while other countries have seen their rates flatten out or decline. And with the US continuing to deny reciprocity (the US doesn’t allow EU residents to travel here for anything but essential reasons), it feels like the EU has had enough.

I think… my opinion only… I think that if the US proposed bilateral rules that would allow EU citizens to travel to the US and vice versa, under the following conditions-

If we proposed that, I think the EU would open back up for US travelers. I believe this is something that should be supported and advocated for. But how?

For those who refuse vaccinations for whatever reason, my proposal on the surface looks hostile. But it’s actually, I believe, the fastest way to return the world back to semi-normal and allow non-vaccinated travel again. We’ve got to get a handle on this. 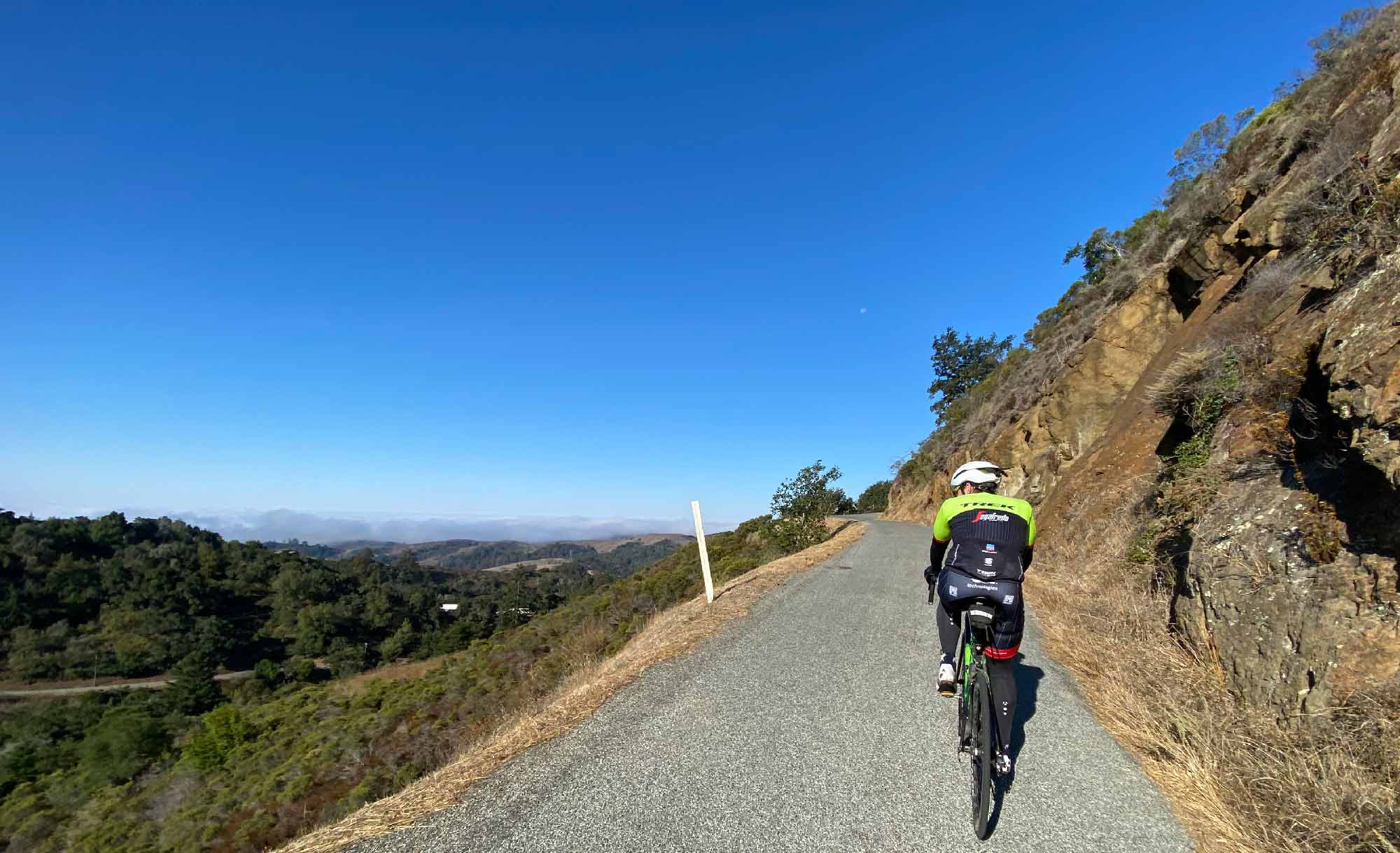 Tuesday. Can we just forget Tuesday? Dragging my sorry butt up Kings defined lack of style or finesse or even skill. Skill climbing would mean optimizing everything for speed, and it got to the point I didn’t even care that I could develop more watts sitting than standing. I let perception rule over truth, and I failed the hill. It was the ultimate “high gravity” day, as Kevin Keenan (ex-pilot) would say. I watch Kevin and Kevin ride away, and all I could do was wait for one of those few spots where you can see someone way up ahead, and, well, hope that I’d see them. They finished the climb in just over 30 minutes, while was was almost 3 minutes behind.

I did gradually recover as the ride went on, and it did end as yet another ride (as are nearly every ride ever) that I felt better about doing than staying home. Somehow I stayed on Kevin & Kevin’s wheels the rest of the way. Fueled by pride? But the rest of the day I felt a bit off; I never attained that post-ride glow. 🙂

Today? Thursday? Just Kevin (not Kevin ex-pilot), and he played nice and rode with me the whole way up. It still wasn’t pretty (well, actually it was pretty everywhere you looked, with a fog layer at maybe 800 feet that we climbed through) but it was better than Tuesday. Looking at the scale afterward, some of the reason is obvious… 162 is a good 4 pounds heavier than my post-ride weight should be right now. I can be happy with 159.5, but once it’s at 160 or above?

Some of the issue is distraction; there are a ton of moving pieces to the vacation I’m taking my wife on late-October/early-November, and it includes something I swore I’d never do- a real live cruise ship. Doing a 7-night Greek Island on Norwegian. I’ve always thought of cruise ships as floating virus factories (hello norovirus!) but ironically, the extent to which operations have changed to deal with Covid actually makes me feel like a cruise ship is a pretty safe place to be right now. NCL (Norwegian) requires 100% vaccination of passengers and crew, and requires negative tests of everyone 3 days prior and again just before boarding. Lots and lots and lots of things to figure out; shore excursions and dining at the fancier restaurants on board need to be reserved ahead of time.

But two weeks off a bike? Yikes. And the shore excursions are early enough in the day that it’s not like I’m going to be going to the gym and riding an exercise bike. And all that food. I mean really, all…that…food. It looks pretty amazing.

I need to lose some weight ahead of time!