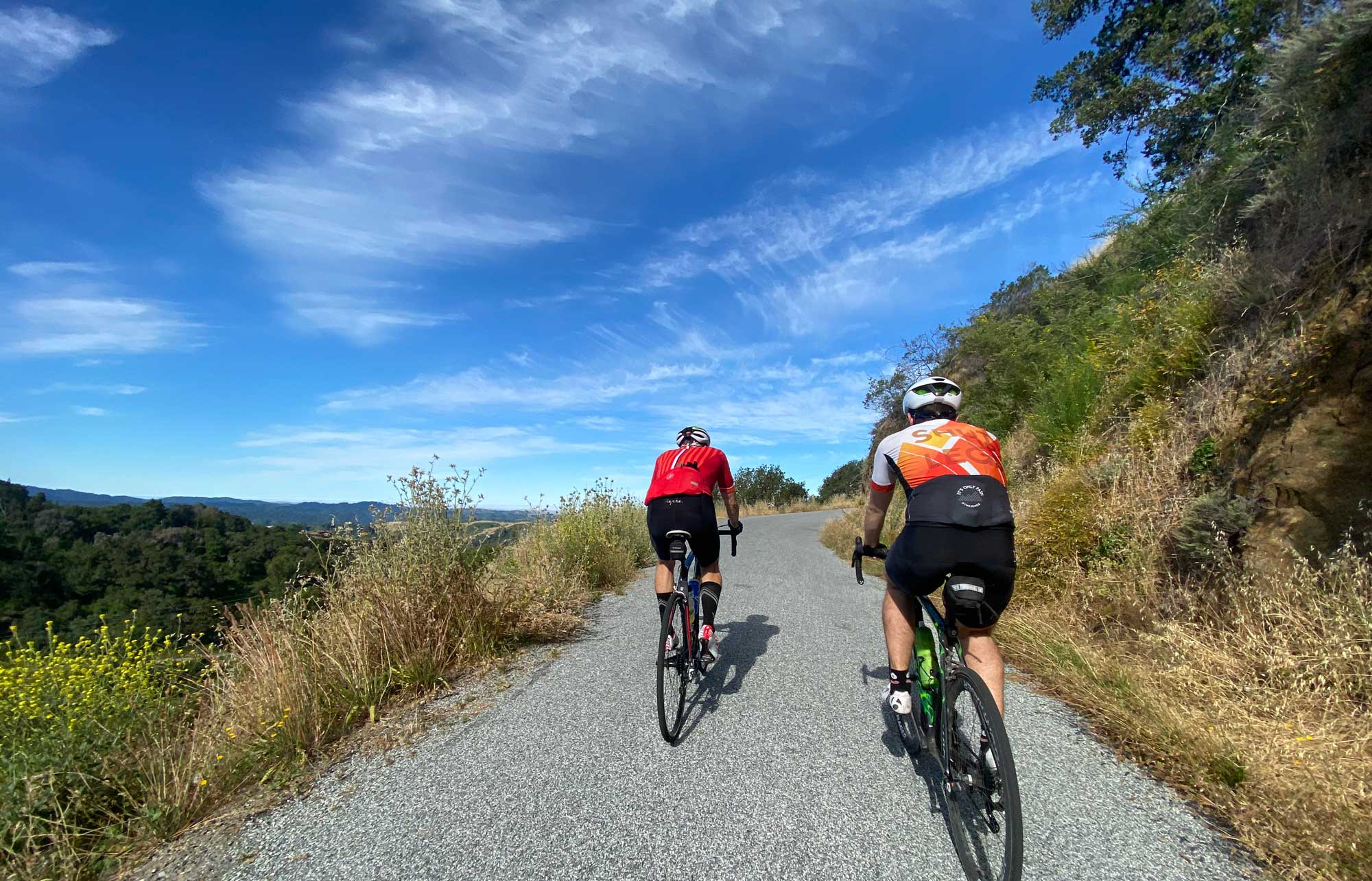 West Old LaHonda is a very special road. I’ve ridden a lot of places, mostly California & France. Very pretty, well-known places that you’ll see featured in cycling magazines and websites. But right here, just an hour from home, is arguably one of the very best. In all the world. Just 2.41 miles, 557 feet of climbing, a segment on Strava. Just a little piece of a road, not a monumental climb like the monster Galibier, not a “reference” climb like Old LaHonda or Kings Mtn. It’s just an alternative routing from 84 west up to Skyline, the thinnest of lines on a map.

I don’t even remember the first time I rode it. It wasn’t way way way back in the days (the 70s) because I never had the affinity for dirt roads, which it was, back then, that people have now. “Impassable in wet weather” read the signs posted at each end. But sometime in the late 80s-mid-90s it got tacked onto my regular Tuesday/Thursday morning ride by Kevin Keenan I think? It’s funny, all the “firsts” that you remember, but this one, I don’t. Nor do I remember my first time up Kings or even Old LaHonda. My son Kevin quite clearly remembers his first time up Kings though; I’ve got a photo of it.

What makes West Old LaHonda so special? For one, it’s no wider than the typical narrow mountain road in France. The two-lane highways that really aren’t two lanes and don’t bother to have a centerline. And there are no cars. I mean really, no cars. Once in a while we’ll do a couple rides in a row where we see a single car, but we can go months without. That’s pretty amazing. And then there’s the fact that the road washes out from time to time, adding to its legendary status. And the memories of all those I have ridden with over the years. West Old LaHonda is where the last of the “big efforts” end. If someone got the best of you on Kings, you still had a chance to nail them on WOLH. If, of course, you had anything left.

The view. That breathtaking view of the coast. The clouds. The rattlesnakes that sometimes come out and soak up the sun on the pavement. The faces carved into the rocks. The legend of the bench that was removed from its really great place (because it was an infringement on the road right of way) and relocated to a better place, only to be removed shortly from there as well, with a chain-link fence installed in case anyone again gets the idea to put another bench in place.

West Old LaHonda is also that part of the ride where the pace might slack off enough to encourage conversation. There have been some interesting conversations over the years; not that long ago Kevin (my son, not the pilot) went into a turbo-rage when he felt his world views were being disrespected by a couple of “boomers” on the ride. A “turbo-rage” is when Kevin gets angry and sprints away. It’s where Kevin (pilot, not my son) and I have had some conversations about the meaning of life as there is less life ahead of us. It’s where discussions of girlfriends and wives and kids often take place, along with trips planned and pleasant.

And it’s amazing how many have never ridden it. –Mike–