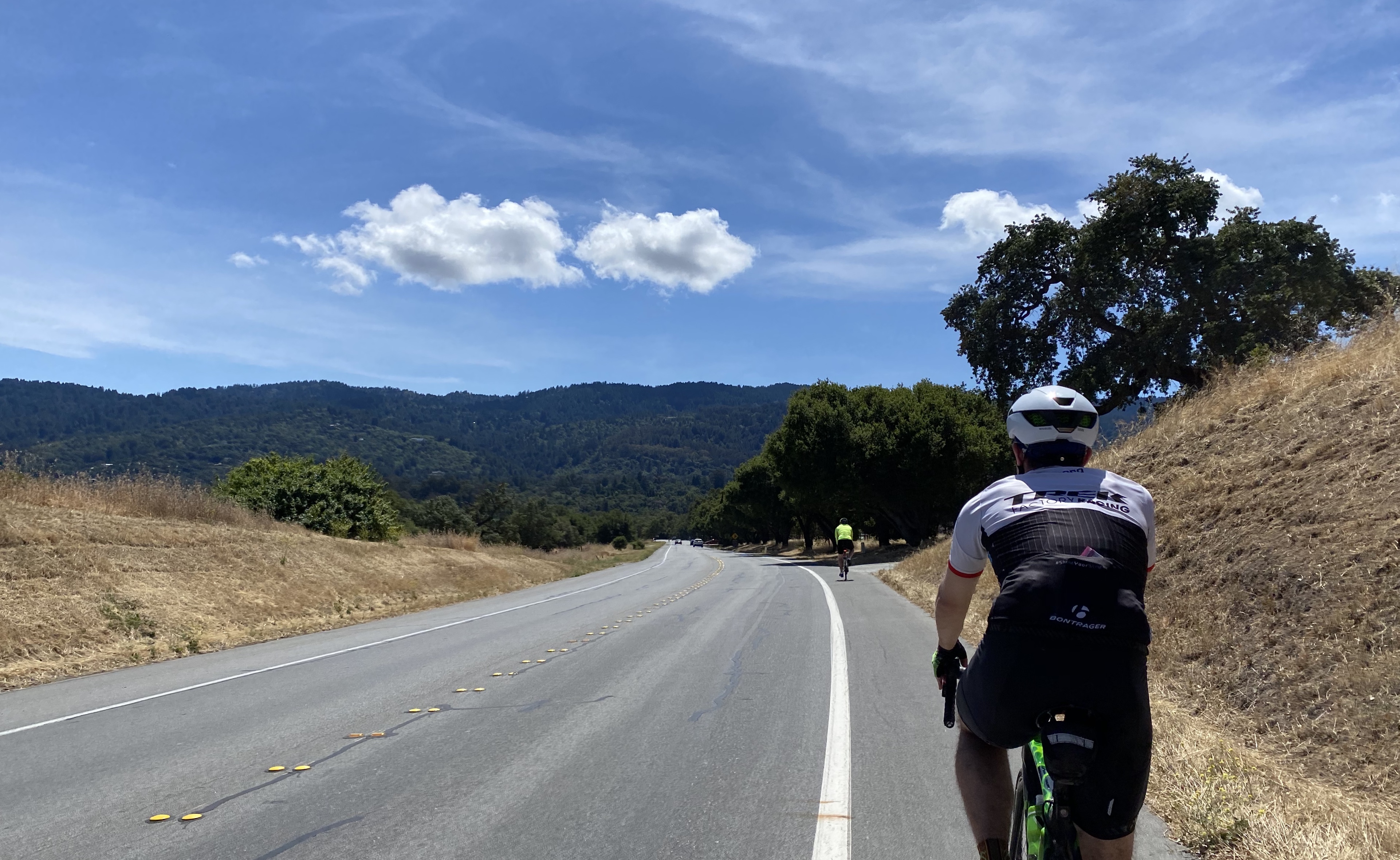 It was Kevin’s idea. Really. We were supposed to go to the coast but he really didn’t feel like much was left in his legs after climbing Old LaHonda, so instead of going down the other side, we headed south on Skyline and down 9. South on Skyline is never much fun; you never get a rhythm established. Plus, no Mr Mustard anymore at Skyline and 9.

And then there’s the 9/Redwood Gulch descent, again not much fun (9 is too wide with corners not banked enough, and Redwood Gulch just way too steep a descent for fun). But eventually you end up at Peet’s Coffee in Los Altos, adjacent to our former location (still empty 2.5 years later) for coffee and food and trying to understand the new customer workflow.

But why would Kevin prefer the long slog home into the wind on mostly-flat terrain? What happened to my real son, who’d rather climb any mountain than ride the flats? When I’m tired, a hill almost always seems easier than a flat ride into a headwind. Must be the crazy days at the shop wearing him down.
https://strava.app.link/kWDbEhCAk7