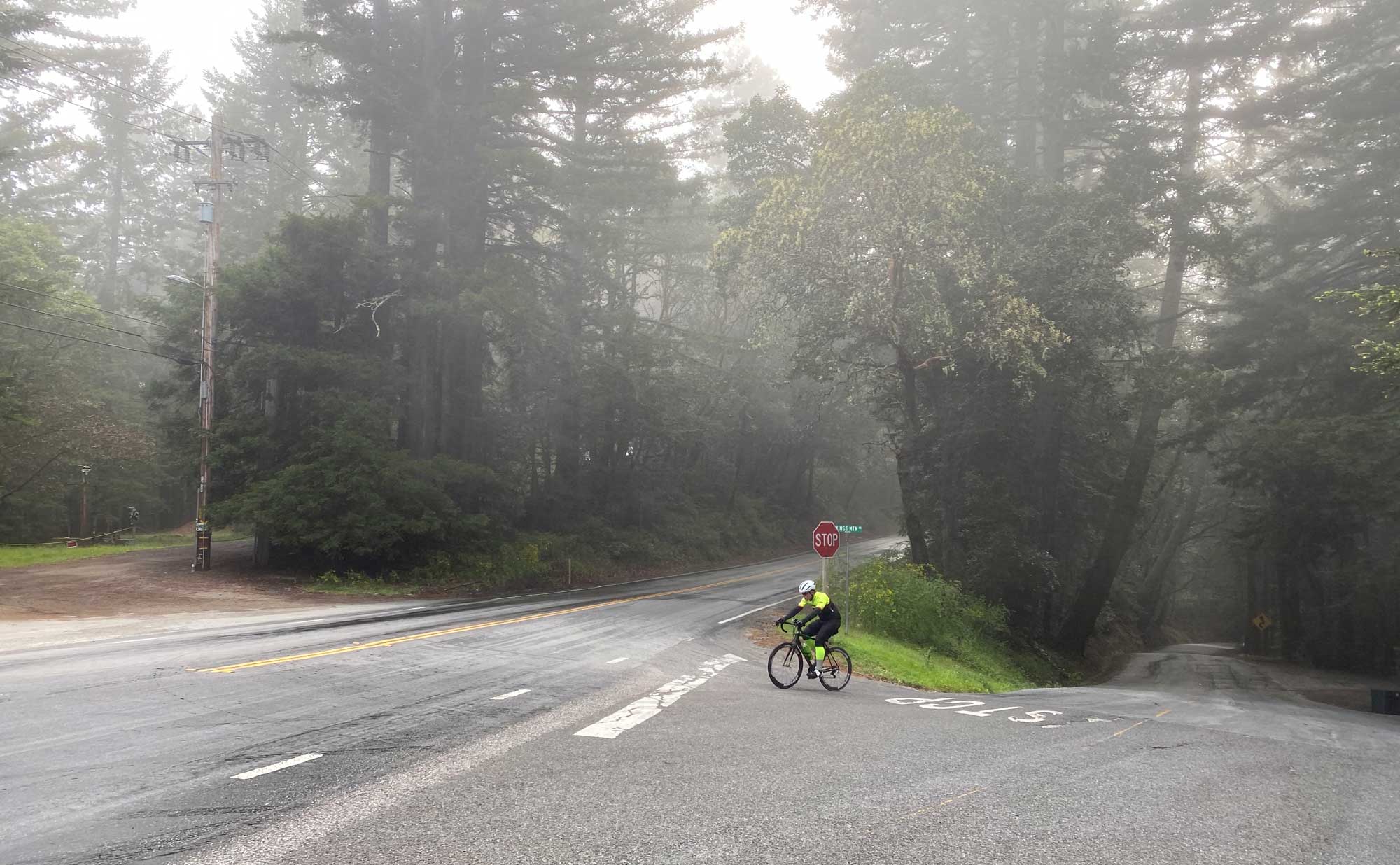 One of those rare days I get to the top of Kings in time to get a photo of Kevin coming up behind.Tuesday I was feeling pretty good and Kevin not-so-good. Not-so-good at all really, so I hung back and did intervals on Kings, used the time waiting for him to recover, then went again. Too bad because I felt like I might have had a good day in me. Since Kevin was running pretty slow we did the shorter fully-legal version, skipping West Old LaHonda.

Yesterday. Thursday. Kevin took off really hard at the start, pulling me to the Park entrance, then faded. This time I just kept going, especially since the time to the Park, if I kept it up, would be under 30 minutes to the top. That’s not saying much, but some day my memory of those really fast times, many decades ago, will no longer torture me and I’ll be just fine with 29:59. But like I said, I just kept going, and my lungs even seemed to cooperate, giving me enough air that I could actually feel a bit of pain in my legs. A good sort of pain. 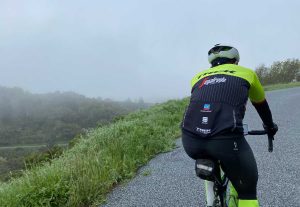 I hit the archery range corner at 25:08; in good times, it’s 4 minutes from there to the top. I had the briefest notions of a 28:something, but allowed that to pass. Hit the top at 29:30 and was quite pleased with that. Kevin arrive about a minute later, giving me time to take the photo above.

It wasn’t as warm as Tuesday, nor as dry either, but not too bad. Pretty foggy & overcast on West Old LaHonda, but that gave the rabbits an opportunity to come out and say hi (on a clear day they stay hidden, probably to avoid being snagged by hawks).

On the return we saw Lance the Corgi on Canada. Kind of framed the right in a perfect sort of way.