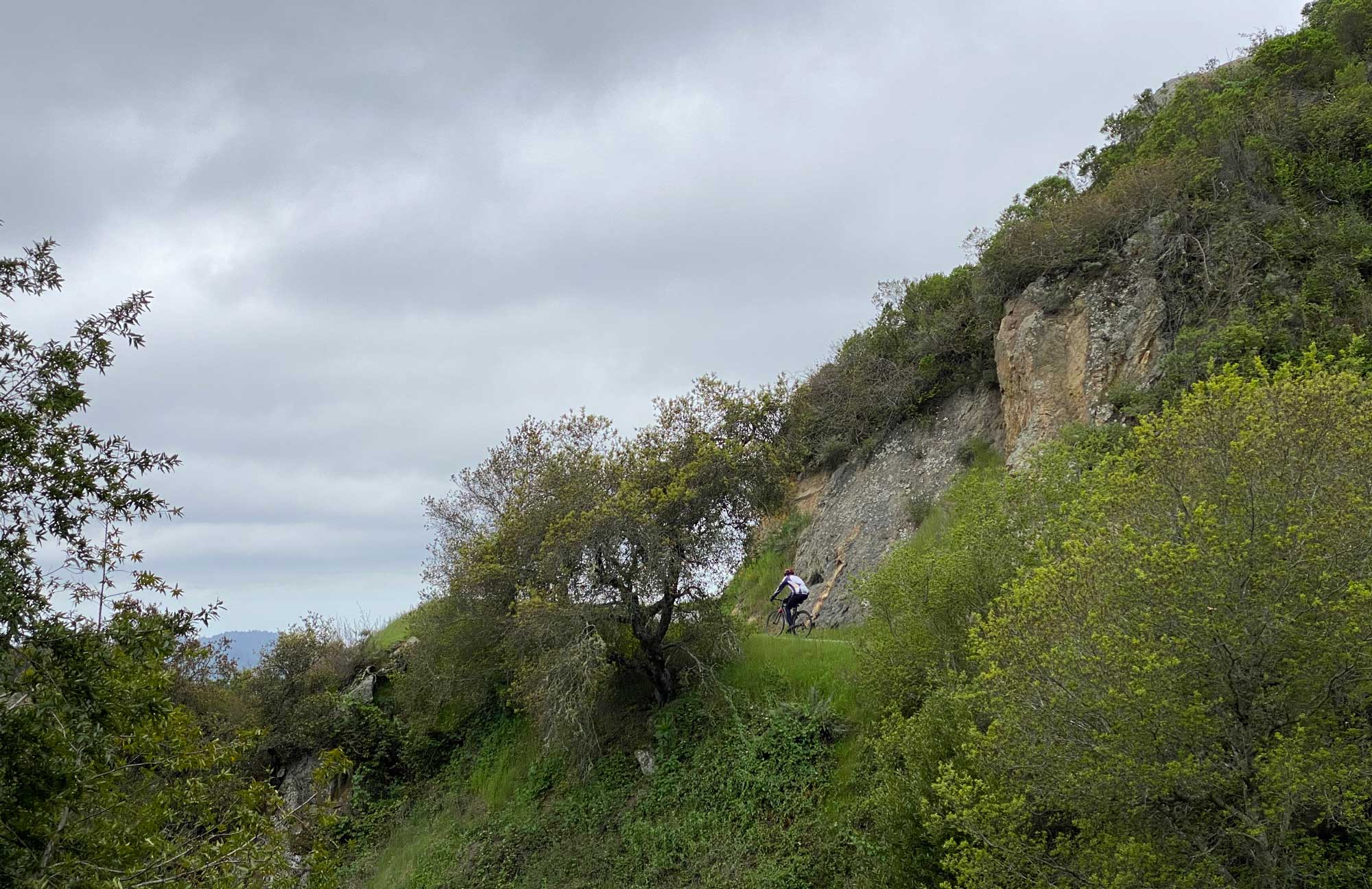 It was a surprisingly-nice ride Sunday, despite being a bit cooler than expected. Somehow Kevin and I managed to get up Old LaHonda in about 22:30, and under 44 up West Alpine. Maybe it was because we spotted a family at the bottom of Old LaHonda, including a young kid on a 20″ wheel Trek, probably 6-8 years old, heading up for the first time. That was pretty cool.

Would be nice getting to Pescadero again, but that’s way beyond the 5 mile radius. Obviously, today’s ride was pushing beyond the boundaries as well, but still fairly close to home

No more Kevin for a while though; he goes in for brain surgery Monday afternoon. 4 years ago he had a computer installed on top of his brain (literally!) and now the battery’s worn out. No zipper or coin slot to replace the battery though; instead, the whole unit has to be replaced. Thankfully a lot easier than the first time though; he should be back home by Tuesday.