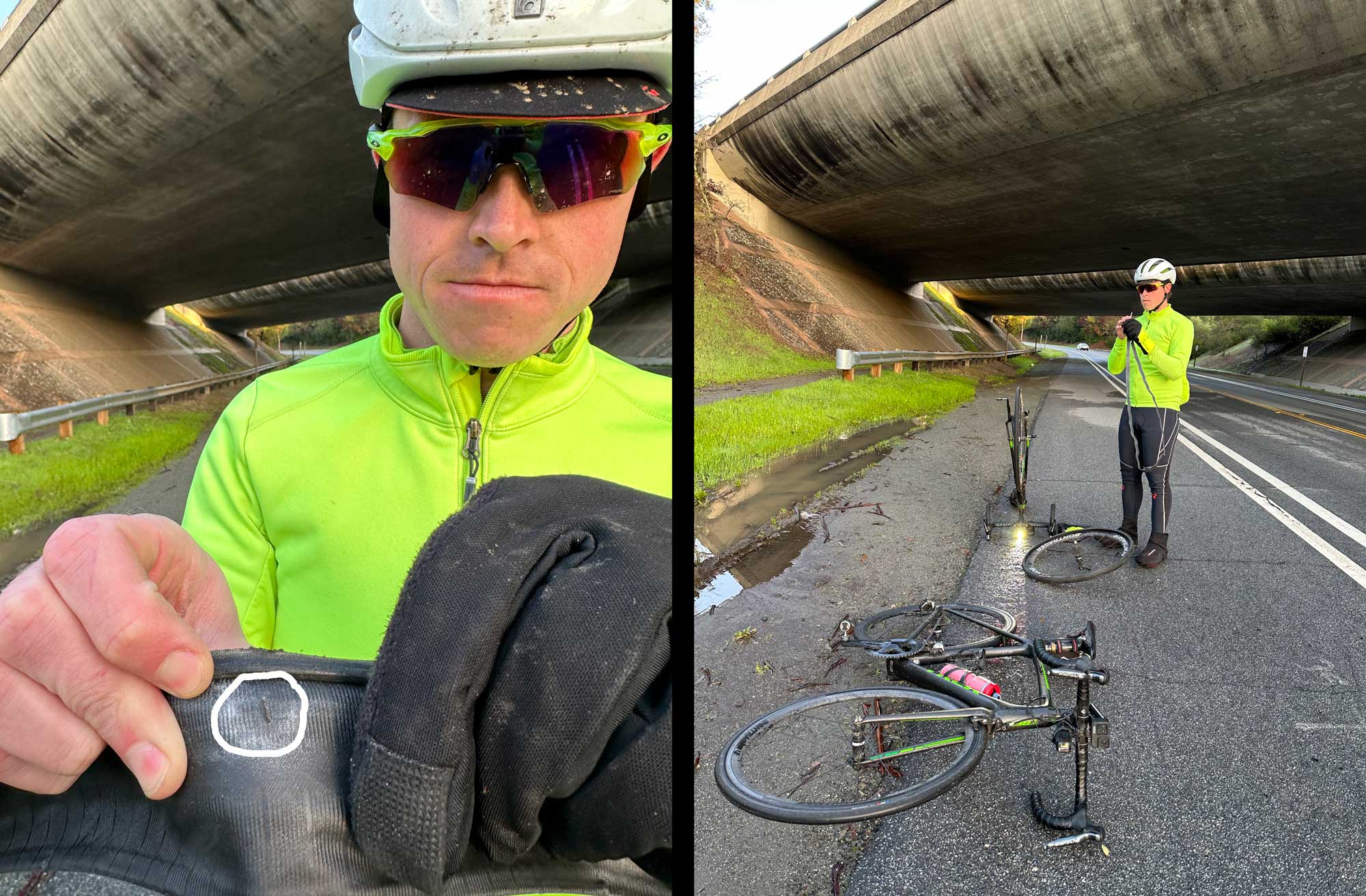 It was cold enough this morning that we thought it might actually be close to epic category, and in fact we did notice, as we rode over Jefferson to the start of the ride we didn’t get to start, some of the water puddles looked a bit suspect, that appearance of surface tension that looked just a bit different, maybe close to developing a skin of ice.

But somewhere on the descent to Canada, Kevin picked up a nail in his rear tire, and by the time we got to the 280 overpass on Canada, it was clearly flat. No biggie, we’ll run 5 minutes late, have to skip the West Old LaHonda section, but we’ve got CO2 and tubes and what more do you need? And so what if it’s 37 degrees out? Well all that would have been fine if the first tube seemed to make a mess of itself (had probably been in the seat pack too long and developed some holes), and the next one the CO2 was leaking from… somewhere? Was it another bad tube? Was everything screwed on tight? Tried another cartridge, same thing, seemed it was the inflator itself that might be bad.

So we tried my inflator gadget, and out second-to-last CO2 cartrdidge. It was feeling a bit like the movie Flight of the Phoenix, where they had a limited number of starter cartridges to get their plane’s engine fired up so they could escape the desert. And… same thing. No way to continue the ride, even if the last one would work, since it would leave us with nothing left if we got another flat. Kevin called his sister to come pick him up, and I rode the whopping 2.5 miles back home.

Not a fun morning!