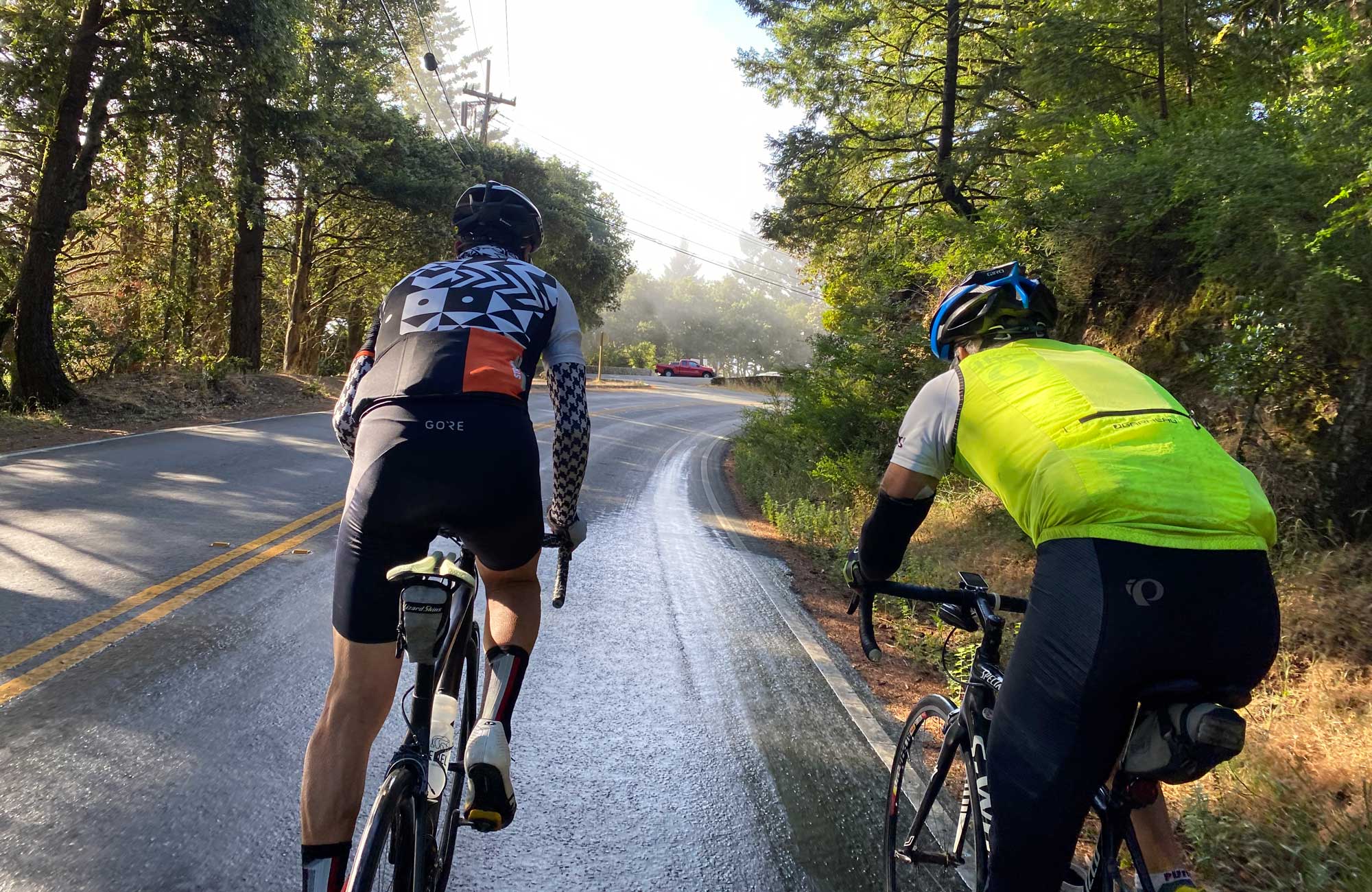 Wasn’t sure how this morning would play out; Kevin (younger) ended up not riding due to a stomach issue. If he had ridden, it would have been pretty slow, due to his knee acting up lately. I’d suggested he ride his e-bike, but he wasn’t having anything to do with that. Kevin (pilot) and George did show up though, and for reasons I still can’t quite figure out, I continue to ride strongly up Kings. When I want it, the power is there. I rode pretty strongly with George up to the wide clearing section, and then dropped back to find Kevin (pilot), who was struggling a bit.

The weather has changed a bit; back to “classic” July conditions with the fog burning off just before we got there and down to 45 degrees. Want to stay warm? Just go to the front and ride harder!