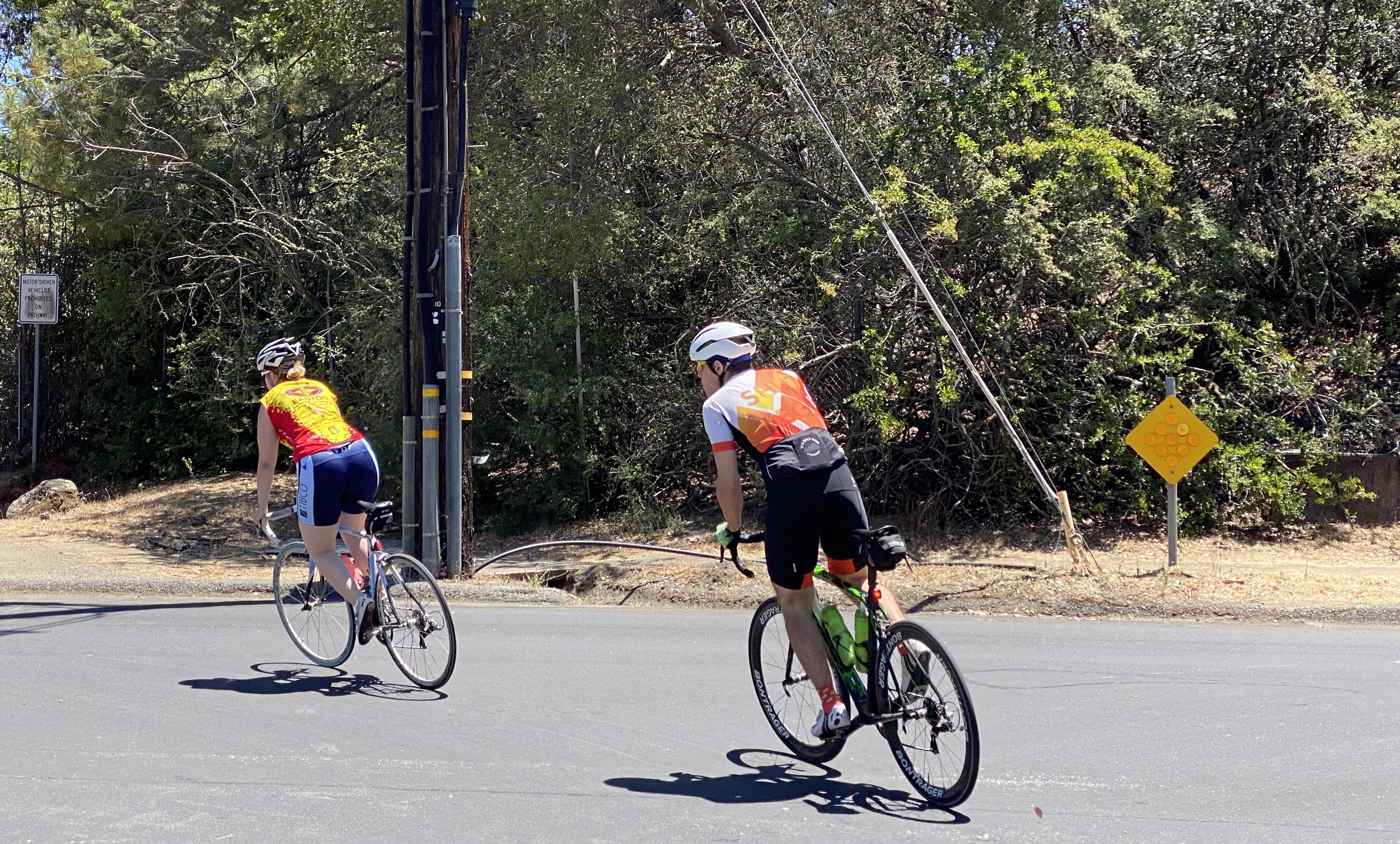 How long has it been since Kevin races at Heller Velodrome? A very long time. And back then, that girl ahead of him was like 10 when Kevin was 13 and she knew enough to get behind the big kids wheel.

Now it’s like 15 years later and she’s not 10 anymore. She was out riding with her Dad, Rob Jensen, who was one of the guys who ran the kids track program way back when. We never would have seen them if not for Kevin’s still-messed-up-knee that caused us to abandon a ride into the real hills and stick to the foothills. Not a lot of fun for me but I did get some work in, pulling into the wind for 20+ miles.

Good thing the Tour de France has been postponed because no way could Kevin do a big climb right now.