OK, first let’s be clear about something. If you want coffee in the morning, and you’re in China, “local” is irrelevant because there is no “local” morning coffee-drinking ritual here. Just trying to rationalize an American going to an American place while in China instead of taking in something culturally Chinese.

Clearly, if the Chinese don’t do coffee in the morning, they have no culture. 🙂

Yesterday, on the way back from the Terra Cotta Warriors, we found a Starbucks imitation here, King Coffee. Only it was better! They knew exactly how to prepare coffee, each cup personally as if it were special and not just another Mocha Latte. Sadly, the King Coffee locations aren’t open in the morning, forcing me into something from the Twilight Zone. A totally-empty Starbucks. At what would be rush hour back home. 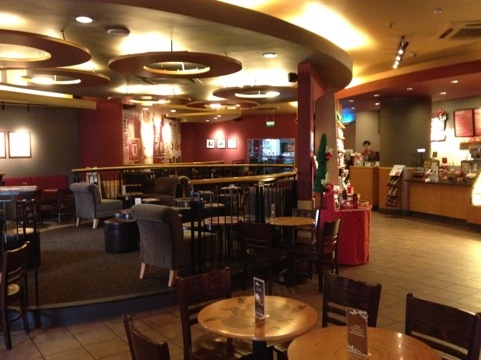 We need King Coffee in the US. Give Starbucks some real competition!


The Pearl Market is a pretty amazing place. Hundreds of vendors almost yelling at you as you walk through the aisles, making pitches for scarves, hats, bags, and, if you’re walking through the electronics section and they see you have a camera, then it’s lenses, lens caps, camera bags, batteries, memory cards, you name it. Some of it at unbelievably-cheap prices! For example, check out the time-teleported iPhone5 in the picture.

That’s right, someone in China paid to have them sent back in time, and here they are. And cheap? You can’t believe the deal they’re offering! It stats at just 880 yuan (about $135). And here’s the problem… something that says iPhone5 on it… well, you just gotta check it out, right? And the people behind the counter seriously have no idea that an iPhone5 hasn’t yet been released, so they think you’re a real customer bargaining with them. The price goes down to 600 yuan. They offer to show that it’s real by asking for your simcard to try in it. But the last thing you want to do is risk damaging your sim card, so no-go on that (even though you are a bit curious). And as you leave, the price goes down to… under 400 yuan, with a spare battery! Now, at 400 yuan, it would almost be fun to have it just as a souvenir from China. I mean, how many times have you spent that much ($62) on something to remind you of a fun trip? And let’s face it, what could be more “China” than something as fake as an iPhone5? But I passed, mainly because I was concerned it might not get through customs, and partly (albeit a much smaller part) because I’m sensible.