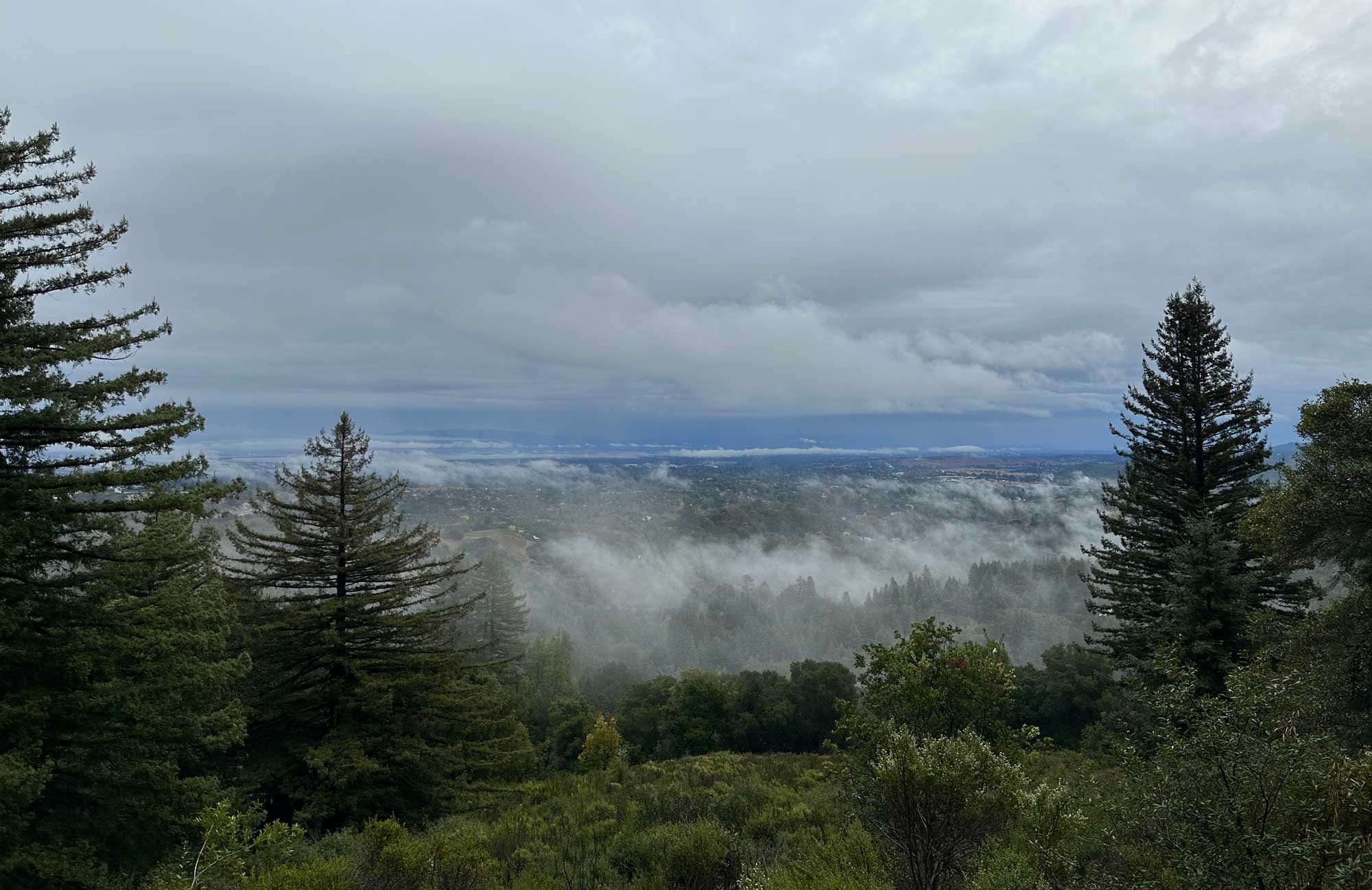 It was supposed to be pretty nasty Tuesday morning, nasty enough that Kevin begged out of riding, thinking it would be more sensible to spend more time with his girlfriend than slogging it out with dad. And to be truthful, I was considering putting my bike on a trainer instead, saving my hands from exposure to wet & cold. But that’s not how I roll. I dutifully got out my wet weather gear and hope for the best, “best” in this case being something really fun & wet.

Unfortunately, the heaviest rain ended up passing through much earlier in the night, and by the time I got going, things looked like something could happen, but probably wouldn’t. Roads were really wet, and had a light rain all the way up to Skyline, but then it was largely over. Cold? Yes; no way I could have survived without my electric heated gloves. Alone? Yes, nobody out there at all; didn’t see a single other cyclist until heading back on the flats after descending 84. Worth it? Yes, since the scale still showed 162 at the end of the ride; not riding would have tilted it up about 3 pounds, 1 pound of which wouldn’t have easily come off.