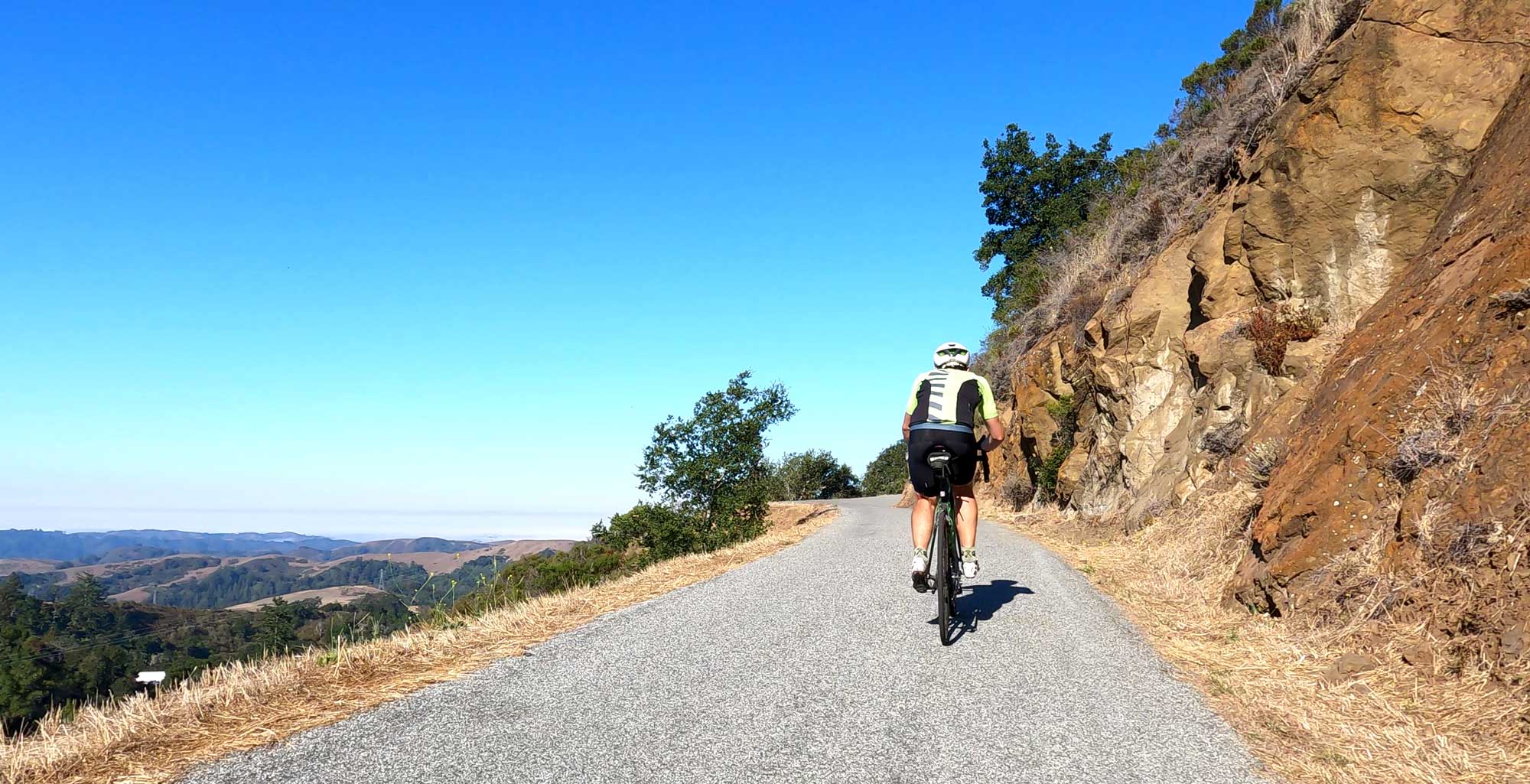 After Sunday’s ride I really didn’t know what to expect. Overall, I felt OK, but there wasn’t much power. Sometimes, most of the time, when there’s no power, you find yourself wishing you were somewhere else and not particularly enjoying the climb. But today was somehow different; I really didn’t feel that bad, certainly not uncomfortable. Just really low power reading. The sort of thing where you question if the power is calibrated correctly. Except-

Except that Kevin took off shortly into the climb and I didn’t see him again until the top. He had power, maybe the power that I was missing. He didn’t launch himself like a rocket, but rather gradually gained speed. I found him at the top of the hill, along with ex-pilot Kevin, and discovered he’d done a 25-something. Wow. Turn back the clock three decades and maybe that could be me? But not today.

Have to convince ex-pilot that he doesn’t need to ride up ahead of us; my current speed isn’t going to leave many in the dust. The younger Kevin though, different story.

Funny how uncomfortable everyone is today, with the heat. It was considerably hotter and more humid in France. True, the apartment and hotel we stayed in were air conditioned, but we spent a lot of time outside. I think my body is simply made for France. Kevin’s certainly is; he didn’t have a single seizure the entire trip, but before and after he’s been averaging probably one every other day.

It’s going to take a while to get France out of my system. It was a really good trip this year, a lot of great rides to look back upon, a great race to watch. And the riding every day really helps get me in shape. Kevin enjoys rest days; I just want to get out on my bike and ride. So how did I switch gears to France?

1 thought on “Kevin was hot, West Old LaHonda was hot, other Kevin and I were not”