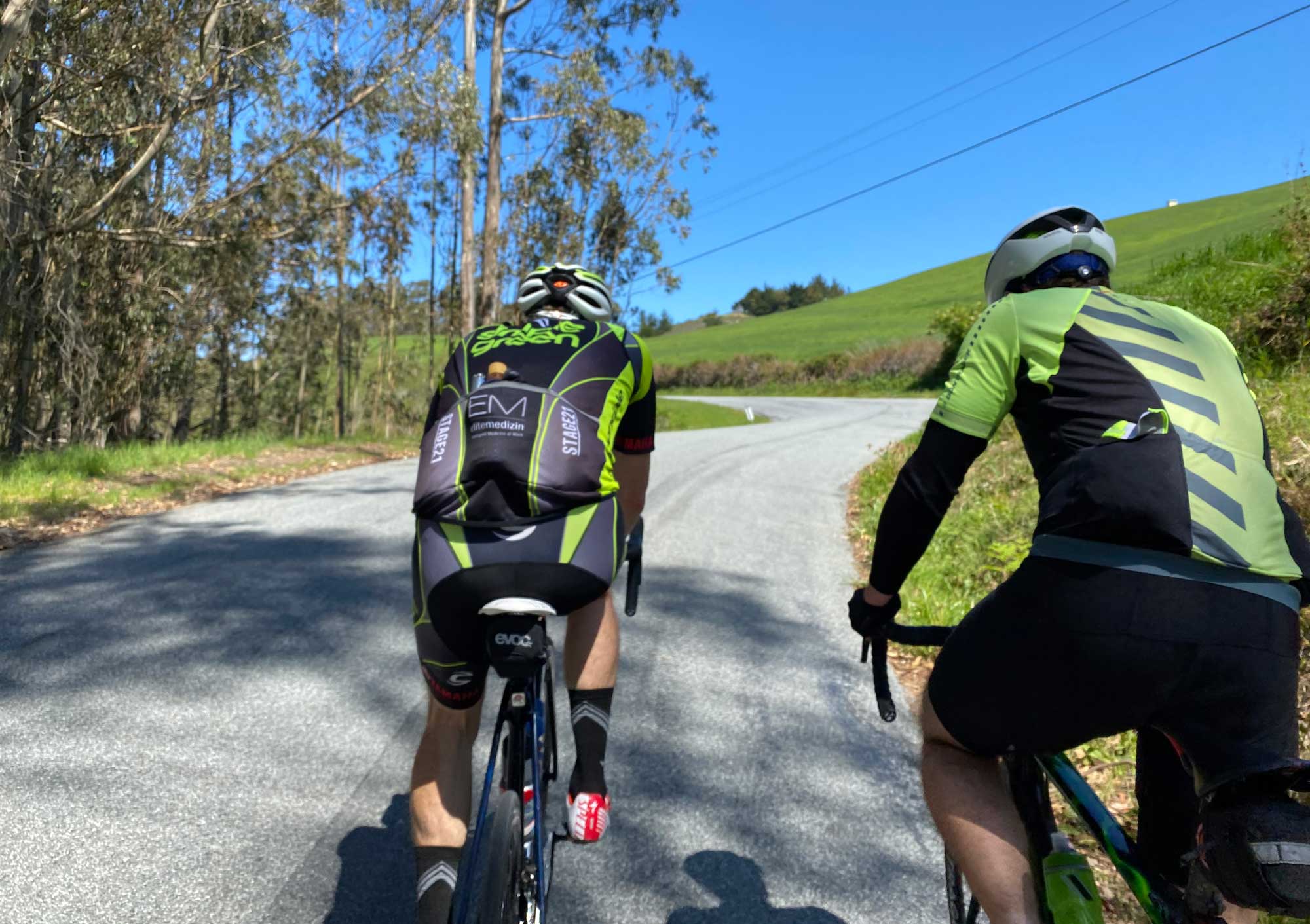 Finally, a day we could ride without leg warmers! Actually, Kevin and I started with leg warmers but by the time we met up with Colin, just 10 minutes later, we decided to shed them. Just too nice a day to have anything on your legs. Kept the base layers on though.

I’m learning that I just don’t start out very fast anymore. More like the first half of the ride. Heading up Old LaHonda, I once again bid adieu to both Colin and Kevin, struggling to get up in 24:42, way below the 1000VAM that represent what I’m capable of. Or used to be? I hope those days aren’t gone. Haskins? Again, got to watch Kevin and Colin ride away from me, and that usually doesn’t happen; normally, by the time we get to Haskins, I’m riding well and often faster than Kevin. But, not today.

Pescadero. Finally things are getting back to normal. No long lines at the bakery so we were able to order the usual, a chicken club sandwich that Kevin and I split, and a giant cookie. Heading north on Stage wasn’t too bad today; the winds were mostly coming in from the coast, not the north. I felt OK on the first Stage Road hill, and finally came into my own on the second, steeper one, dropping Kevin and Colin along the way. I’ll admit I was trying. Same thing on the final climb up to Highway 1. I didn’t get to find out how things would go on Tunitas because Kevin had a pretty strong seizure towards the bottom and didn’t get up to full speed. But I did feel like I had a lot more power than earlier in the day!

I would really like to get one strong beginning-to-end outing soon, just to disprove any nonsense that turning 65 last week was in any way relevant. A case could be made that having to spend a whole lot of time filing forms to qualify for medicare took a toll on me though! Not something you can avoid, unless you want to spend an extra thousand dollars a month on health insurance.