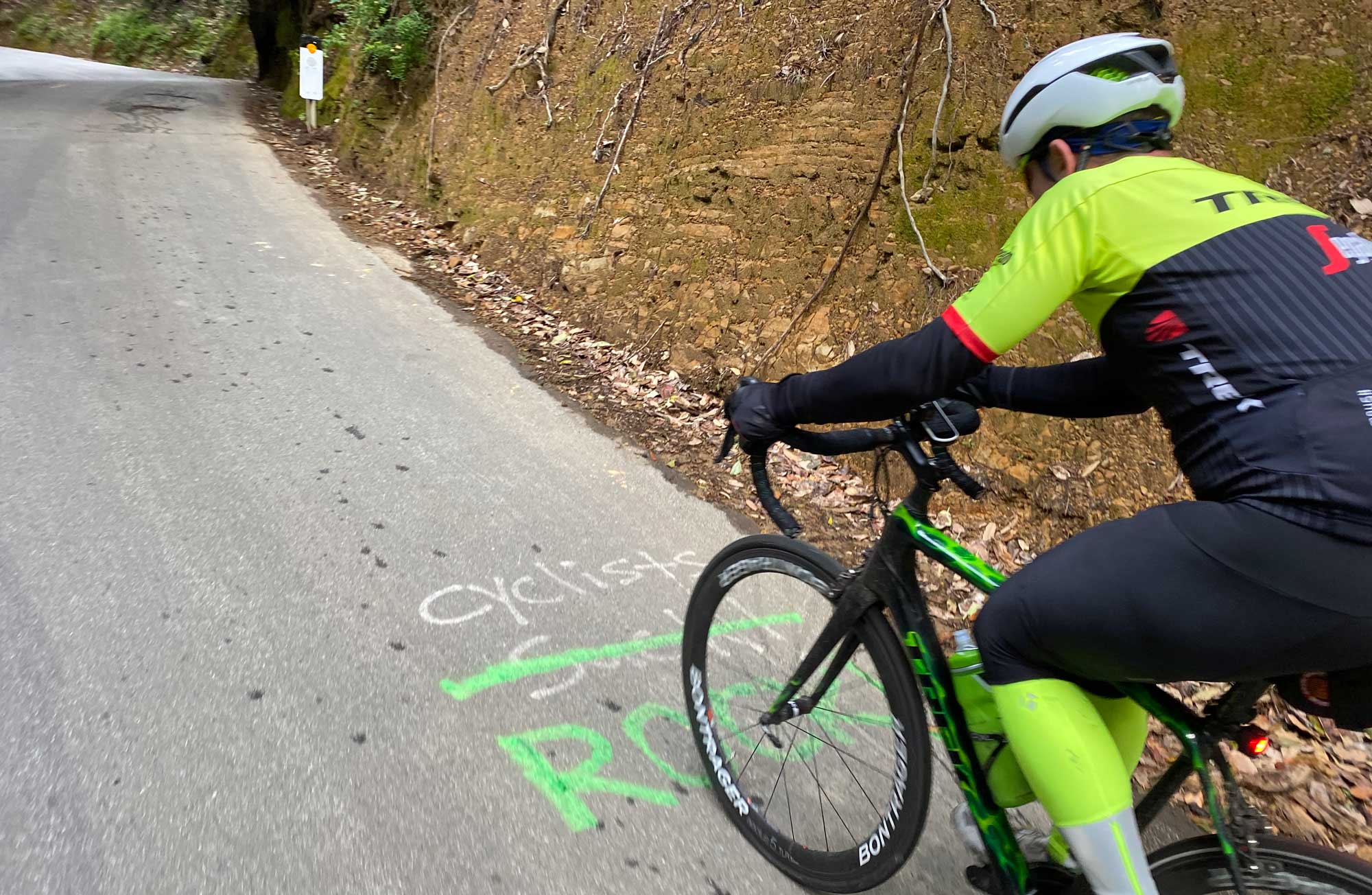 Kevin’s first Tuesday/Thursday ride since brain surgery was kinda slow… ok, really slow. But what’s not fair is that, three weeks from now, he’s predicting he’ll be finishing a day ahead of me on the big climbs again. Hate that. But today was slow, slow enough that we didn’t get to do the West Old LaHonda section. He promises he’ll be up to that on Thursday.

Just the two of us, but there were a fair number of other riders out there. And I was going to show Kevin the new “Cyclists Suck” graffiti someone had painted on the road up towards the top of Kings, but couldn’t see it. But did try to get a photo showing someone wrote “ROCK” in big green letters, with what looked like an arrow pointing to one. Except that I couldn’t find the rock. Then I look at the photo tonight and realize, oh, that’s where it used to say “Cyclists Suck” and someone crossed out “Suck” (hence the green line, which I thought was an arrow) and wrote “Rock” underneath. I get it!