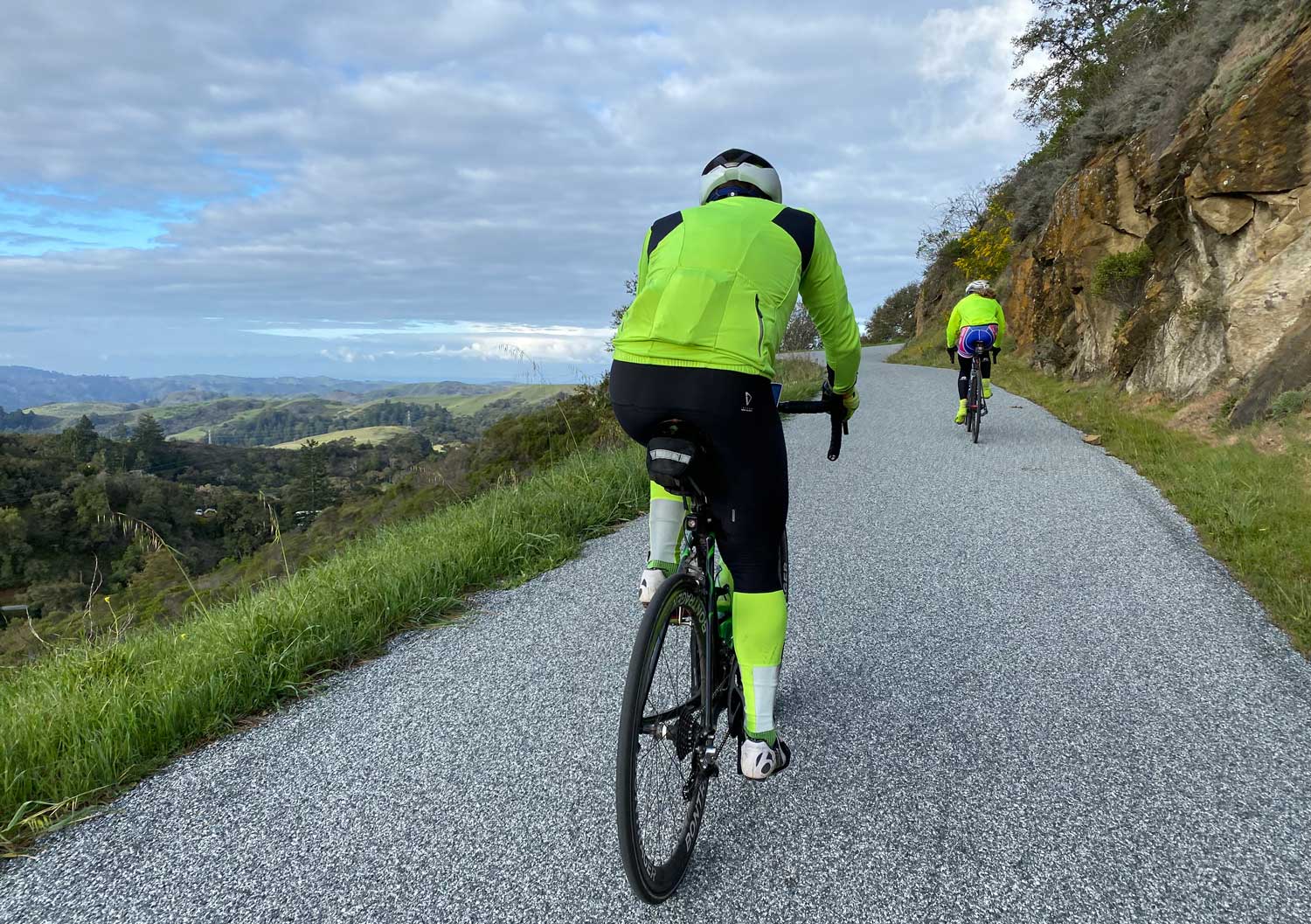 Sunday’s ride was shortened by rain & cold. Tuesday’s ride was wet (no rain but road were quite messy) and cold… 34 degrees up top. Today things seemed to line up nicely. Skyline was around 38, which you can easily dress for, and the roads were completely dry.

And we had company. A certain irony that, when we’re told not to meet in groups, we had 5 on the ride instead of the usual 2 or three. Besides myself and (younger) Kevin, we had (older) Kevin, Karen, and first time in a while, JR. JR was taking it pretty easy, claiming he’d had a tough ride yesterday, but (younger) Kevin kept him company. It was nice not holding up the rear for once.

Unfortunately I don’t have good data for the ride since my Garmin went wonky after an update. Hate that.