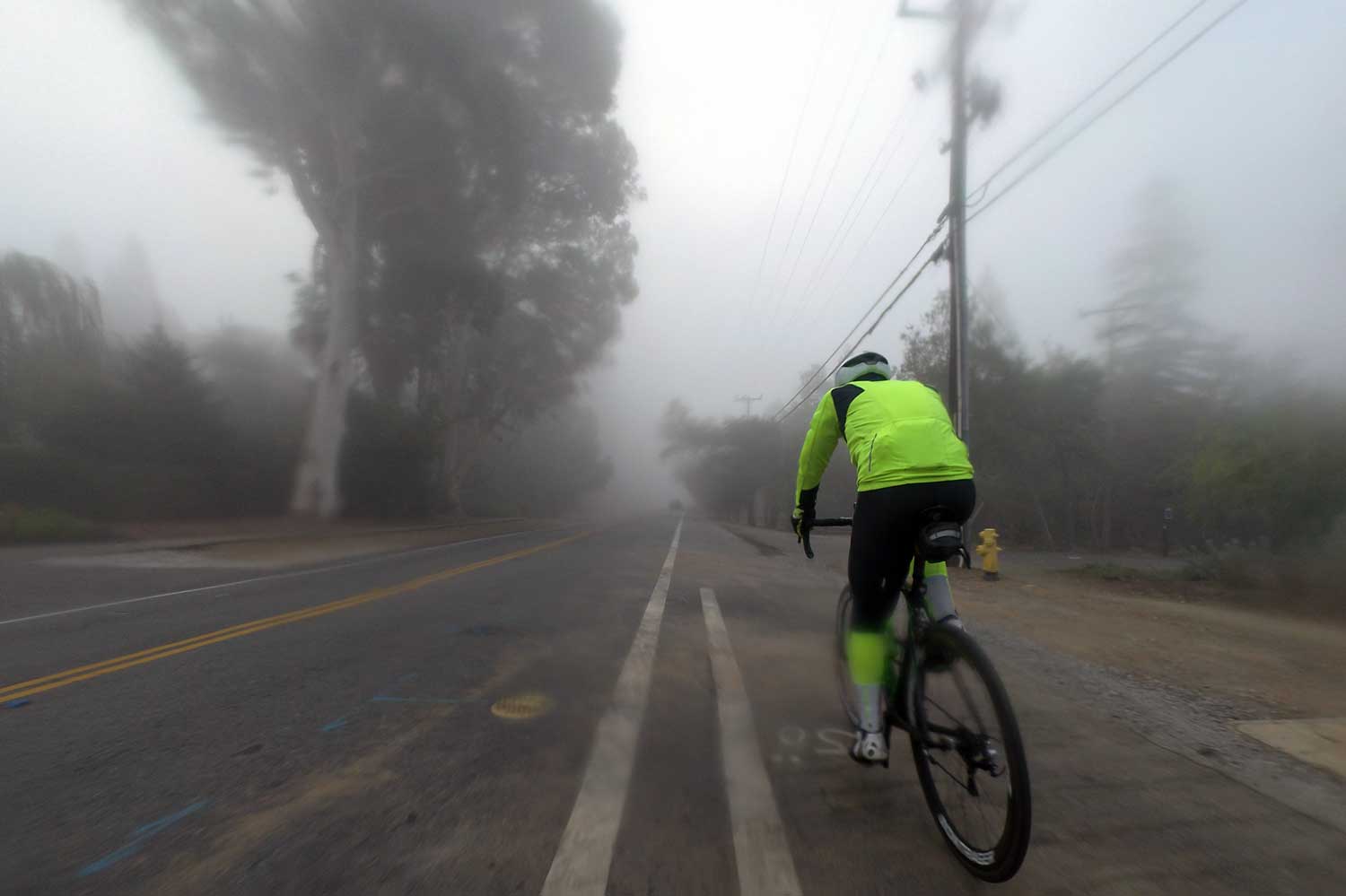 Yesterday morning was… foggy? Hadn’t seen fog in a while. But it wasn’t just fog in the air, but also a bit of fog in Kevin’s head. That ridiculously-slow time up Kings? Mostly because we had to stop for 7 or 8 minutes for Kevin’s brain to clear so he could see again. Well, he could see, but he was seeing two of everything. What’s the big deal? Just miss both objects and you’re got a super safety margin, right? Nope, doesn’t work that way.

Nor does it work that a slow ride up a climb feels like it’s easier. Still not sure what’s with that. If it’s idle-mode slow, then maybe, but Kings, if it takes 31 or 36 minutes, either way seems like work. Gone are the warmer days where I could say 28 or 30 minutes. Except that, when warmer, yes, huge difference in effort between 28 and 30!

The biggest issue with a really slow day up Kings is that you run out of time to do the awesome West Old LaHonda loop. Hate that.

Tomorrow is another day. Probably no fog, hopefully of either type.