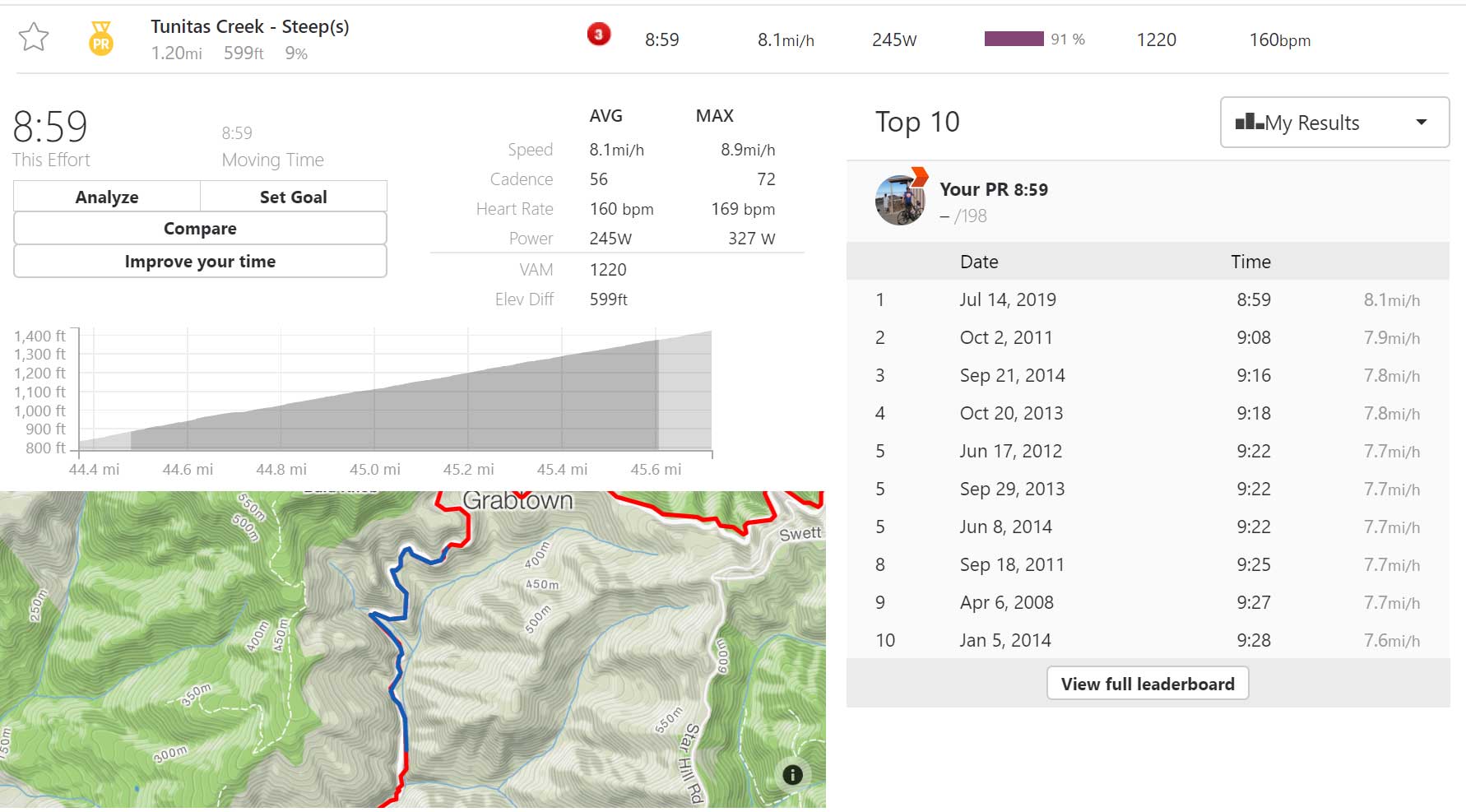 Wow. Did not expect this. Our last Pescadero/Tunitas ride before heading to France. Would have been nice to do something longer, but thought maybe we could hit some of it fairly hard. Of course, starting out, you feel like crap. Your plan of hitting things hard rapidly fades, replaced with visions of riding up Old LaHonda at a leisurely, talking pace.

But you hit the base, start up it in too high a gear, cranking too many watts, and you just keep going. The timing points were looking solid, with a promising time at the half-way mark. At the end, strava says 22:36, two seconds faster than two weeks ago, and best time in over two years. Haskins was respectable, which meant the effort up Old LaHonda didn’t kill me. But it was Tunitas that was the big surprise. After a slow run-in to the start of the climb, due to headwinds, and even a “natural break” on the lower, not-quite-so-steep part of the climb, I discovered I had legs again. Kevin was busy climbing away from me, but I didn’t give up, kept pushing hard, stayed in too high a gear and just kept the watts up wherever I could. After a few minutes I began to do the impossible; I was actually catching up to Kevin. And passed him. And stayed ahead even on the flatter part up on top. In the process, I got a new personal record for the steepest part of the climb, meaning the fastest on the 9-minute section since at least 2009. That was a surprise!

I’m paying for it tonight; feel like I need yet another post-ride shower, as I’m continuing to sweat out in the way you do after a really hard effort. I like that. I live for that. I may be ready for France!

2 thoughts on “A PR on the steepest part of Tunitas? A very pleasant surprise!”