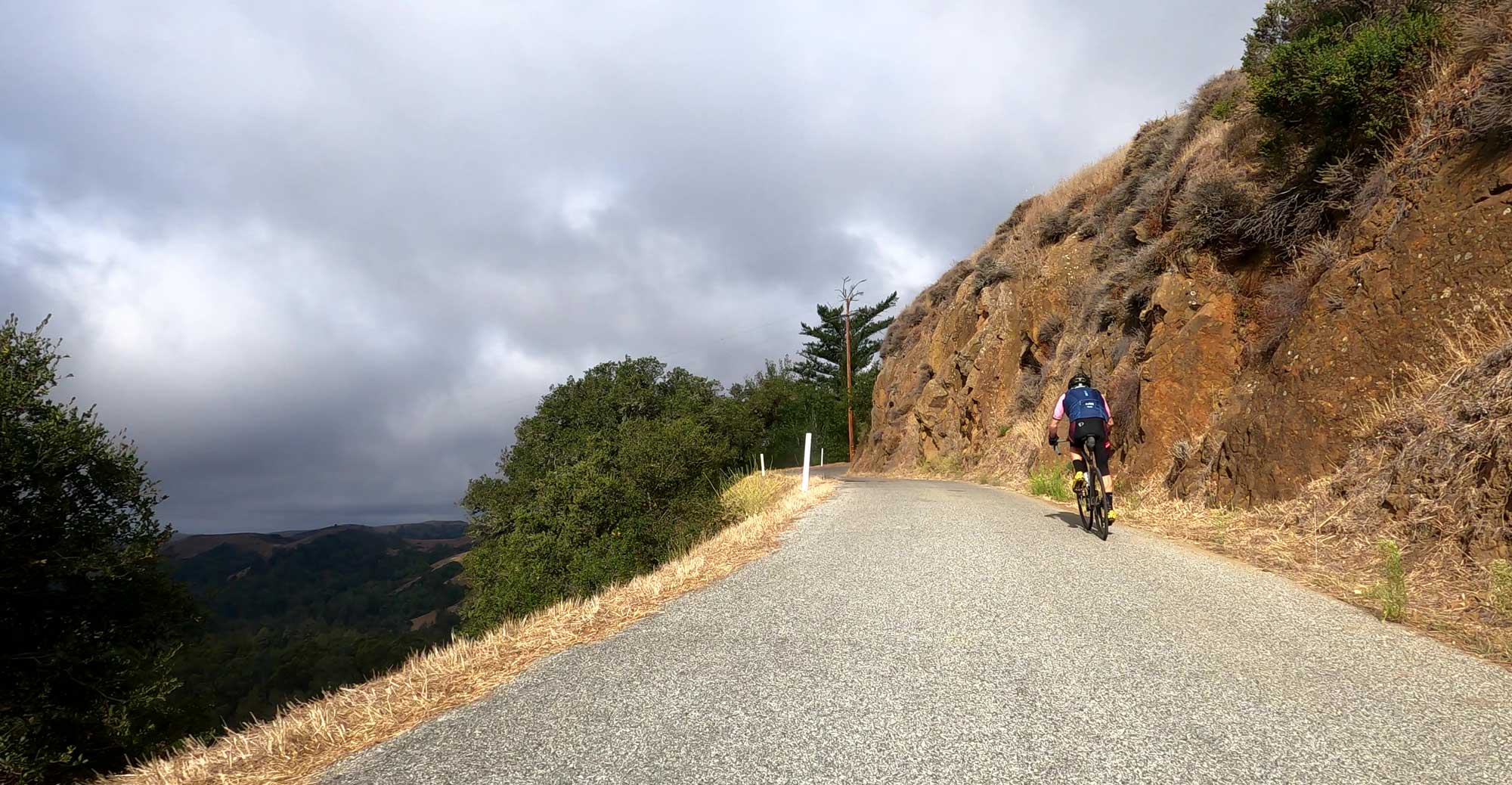 Just a few days ago we were at risk of running out of water on our Tuesday/Thursday-morning rides, having to make a stop at Sky Londa. Today, fog up on top, cold (to me, about 50F) and, well, hot or cool doesn’t seem to make much difference in speed. There isn’t any.

Kevin (younger Kevin) is off at Disneyworld with his sister, so today, just Kevin (ex-pilot) with me. Thursday, maybe nobody? Ex-pilot flew off to Slovenia shortly after our ride this morning! Speed was, as I said, slow. I can still punch a few watts for a short period of time, but nothing sustained. The hoped-for rise in my hematocrit will occur pretty slowly; even though my meds were reduced all at once, not tapered, red blood cells take a while to produce. Oh. My. I just looked it up. Red blood cells live for 115 days, so it might take a much longer time than I thought for my level to come back up. Replacement time is 4 to 6 weeks.

I’d really hoped to get in at least one Santa Cruz ride this year, but time is running out. It won’t be pretty if/when it happens, but I really don’t want this to be my first year in a while without a single century. But hey, at least no broken bones, 14 months and counting! Doesn’t sound too impressive when I put it that way.