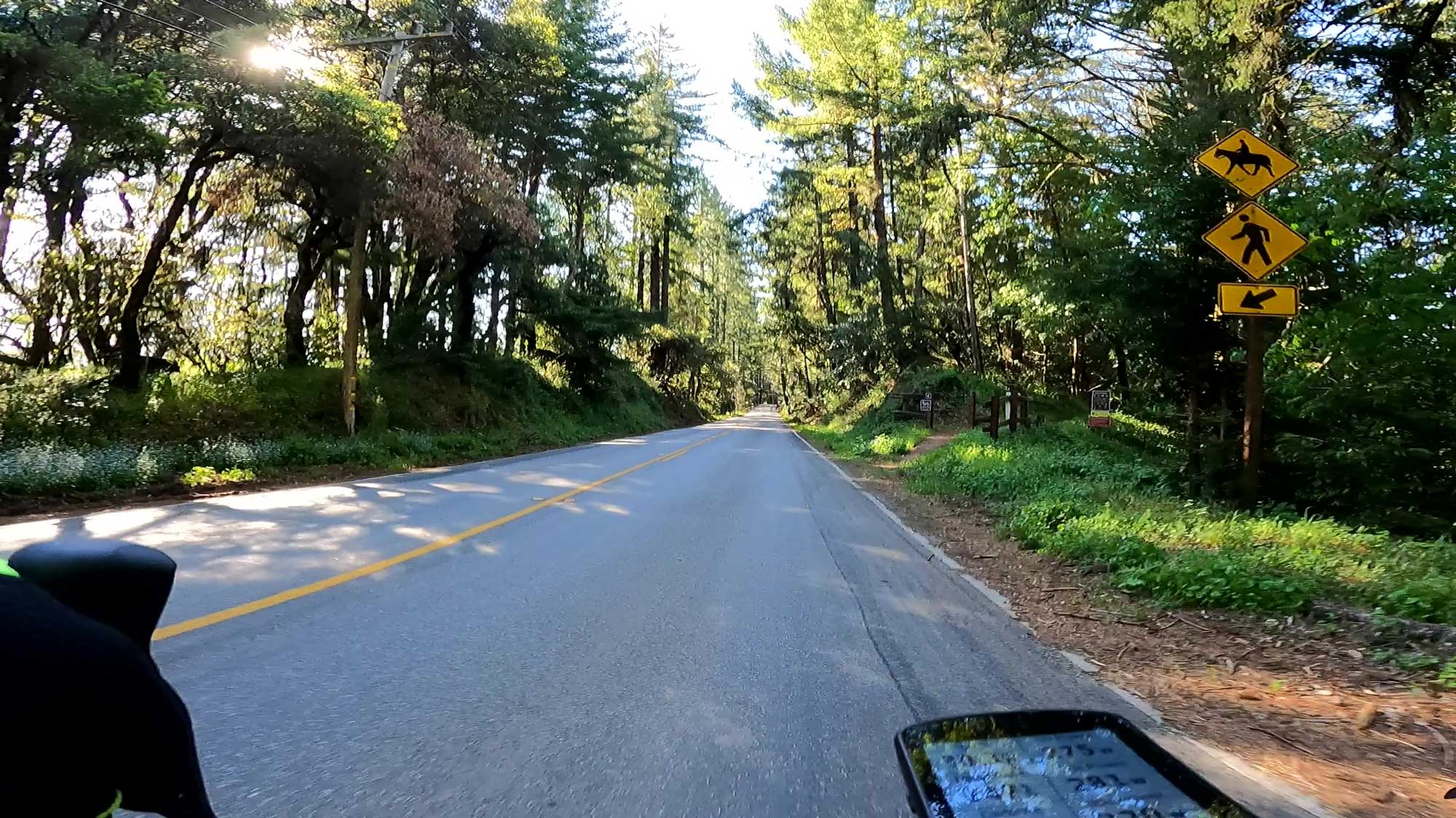 Just to two of us at the start, with Kevin (ex-pilot) joining us as we started up Kings. As the climb went on I gradually started feeling better. Nearing the top I thought I spotted someone well ahead; she (Christy V) pulled off for a moment just as we arrived. Kevin (not pilot) had to water a tree, which seemed to take forever today, as Kevin (pilot) and the woman rode on ahead. I don’t know how long we were delayed; it didn’t seem THAT long, but by the time we got back on the road, they were nowhere to be seen. Rounding each corner we’d be looking into the next straight section, thinking we’d see them, but no. Finally, just as we were running out of the rolling stuff at the top, there they are. I pulled hard to get us back to them; we talked a bit about our regular Tuesday/Thursday ride, and figured we’d regroup at Sky Londa. But. Kevin, Kevin and I get to Sky Londa, and no sign of her. Not knowing if she’d had a flat, we retraced our steps back up Skyline, towards Kings, and… nowhere to be seen. We later found, through Strava, that she’d taken some sort of a wrong turn, but where? One of life’s mysteries. 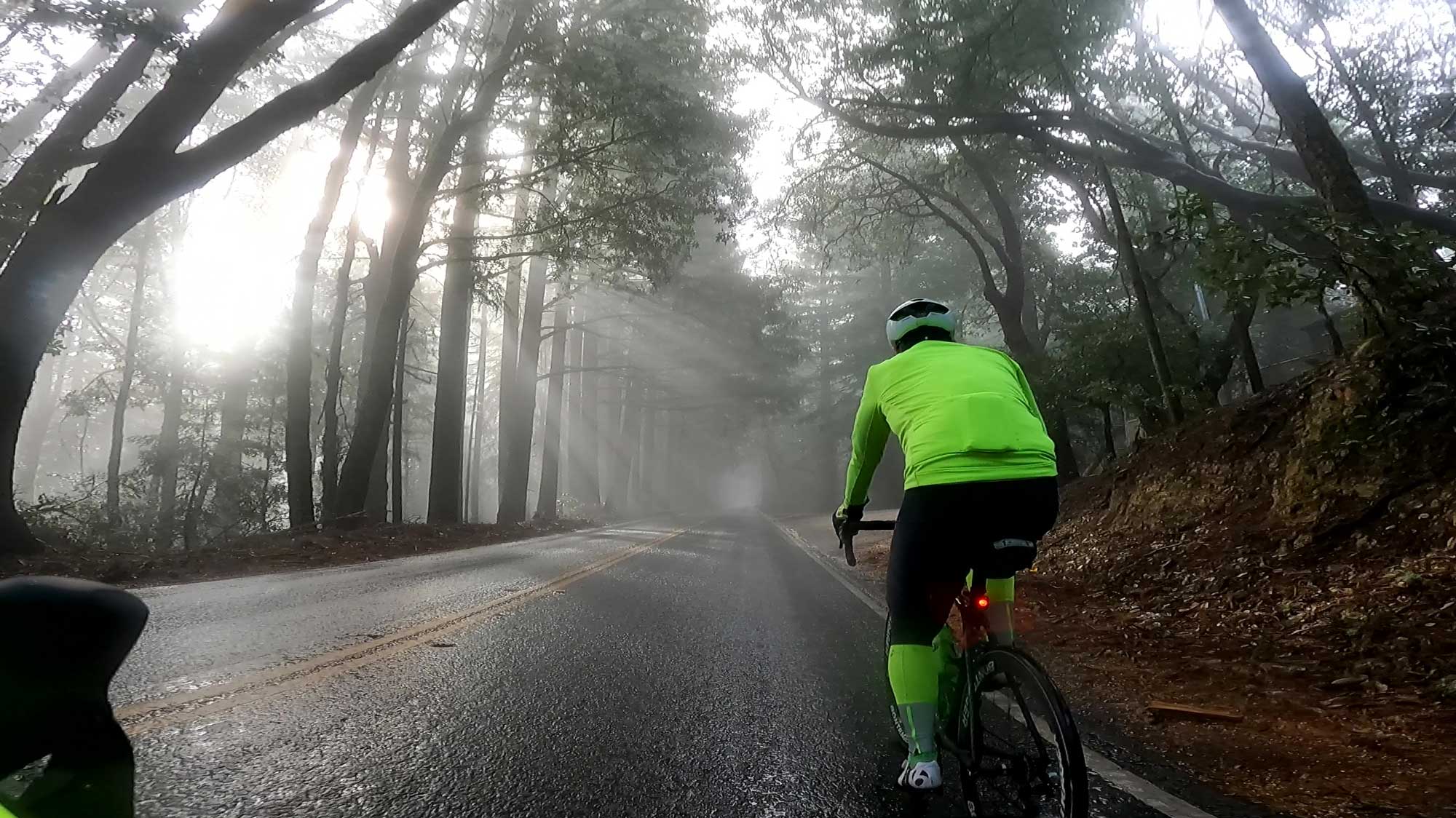 Tuesday’s ride was cold & miserable, largely because, well, it was cold & miserable after all, but also because, despite the pretty nasty issue I’m having with a few of my fingers, I hadn’t really dressed warmly enough so Kevin and I skipped the West Old LaHonda section and headed straight back down into Woodside.

This morning I dressed right for it, three layers up top instead of two (base layer, jersey plus jersey/jacket) and felt so much better. My hands lasted most of the ride without issues, finally starting to lose circulation just prior to descending 84 post-West Old LaHonda. Not only that, but the nitroglycerin ointment the doctor prescribed to improve circulation? I used it just on the one really bad finger, and what do you know, at the end of the ride that finger had regular color, while the others went white. The stuff works!

Just myself and Kevin out there this morning; no Karen, no Kevin (ex-pilot). And who could blame them? Wet, again. Cold (down to 38F), again. And descending 84 to West Old LaHonda? Nasty headwind the whole way! I felt terrible at the beginning of the ride, wondering how far I could go, but got stronger as the ride went on, the way things should be. Saw two sets of Turkeys; one in Huddart Park and another on West Old LaHonda.

Was it really last Sunday, or was it the Sunday before, that I didn’t need either base layer or leg warmers? Hard to believe. Seems like this has not been a very pleasant April, as far as the weather goes.