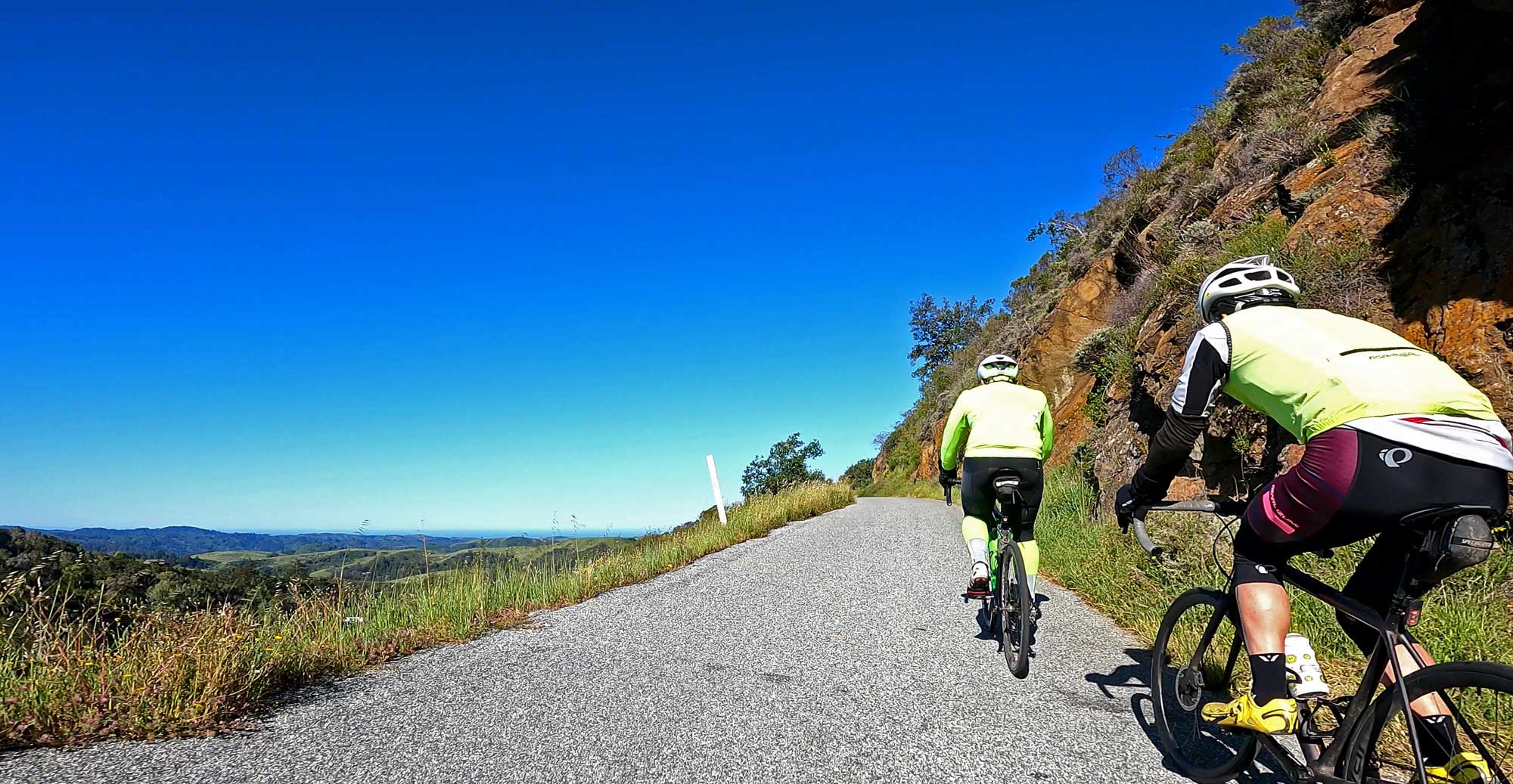 Sunday. It was supposed to be a routine ride to Pescadero, but something felt really off; just wasn’t feeling it up Old LaHonda and didn’t get better on the other side (as it usually does). Maybe it didn’t help having to dodge all the cars coming up West Old LaHonda due to some traffic issue somewhere. So instead we did the quick run straight out to a San Gregorio (stopping for coffee of course!) and up Tunitas.

We passed a couple of women Kevin’s age before the steep stuff; when he dropped me, my place was quickly replaced by one of the two women, who was determined to try and stay on his tail on the way up. The two of them finished the climb about 5 minutes ahead of me?, thankfully just 5 minutes because I was finally feeling a bit better.

Then Tuesday. A totally different version of me showed up, able to push hard all the way to the park entrance before circling to wait for Kevin. Karen was on the ride too, and it wouldn’t have been too tough for me to ride with her to the top, but I was a bit concerned about leaving Kevin behind, as he was having some vision issues (an occasional result of his epilepsy meds) this morning.

I have a feeling Thursday will see the return of the version of me that rode last Sunday.