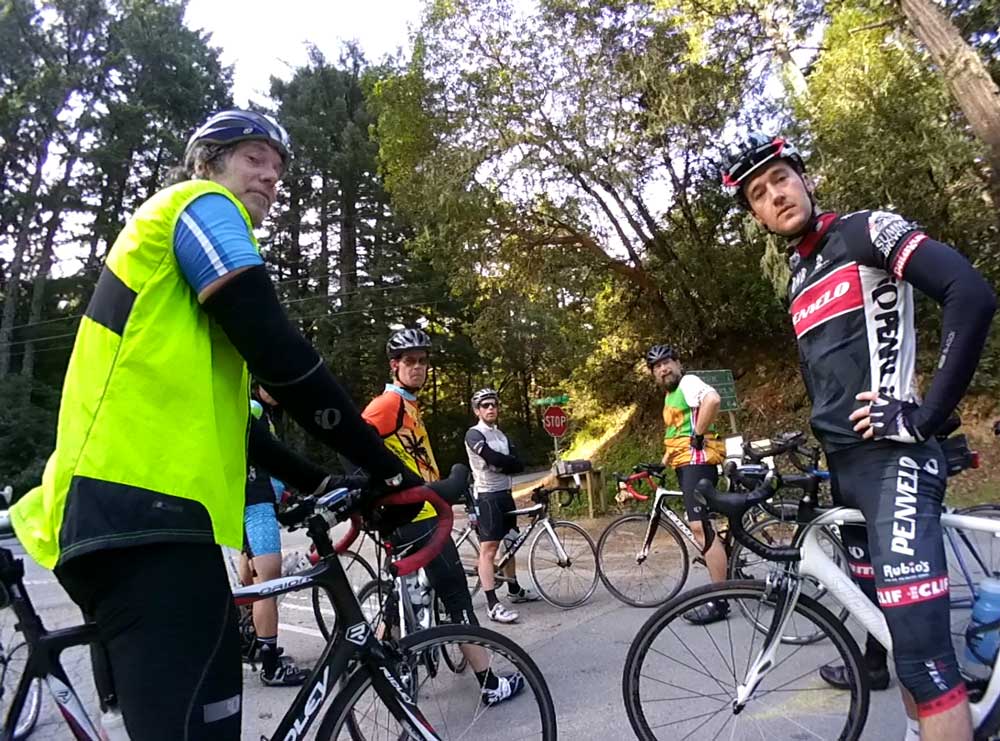 I rode over and engaged the group, asking who they were (Google employees) and discovered I had an instant “in” with this group. My bike’s “dashboard” with its video camera mounted up front. What, someone with something not a GoPro? They wanted to know what type it was, how well it worked, and then Nigel started talking about Google Glass (and not in a complimentary way)… but for a brief moment, I had the attention of some small piece of the Google brain trust. And then it was time to continue riding, because that’s what we do on Tuesday & Thursday mornings. We have a schedule to keep with roads both old & familiar.