Before anything else I should point out how amazing it is that Kevin and I can be here, despite all the weird issues. If it wasn’t for Steve and Becky and Lexi and Karen plus everyone else on our staff who doesn’t share the same last name, including Bruno and Chris, two alumnus helping out, we couldn’t be here. OK, I should name the rest… Roger, Christopher, Jose, Rolando, Simon, River, Sonia & Don. But the shop goes on. Now if only Lufthansa handled luggage as efficiently as well as they are…

No word yet on when we’ll get the missing luggage that Lufthansa misplaced, but found, and now has to deliver. In that luggage were all the chargers for the camera batteries (not a huge deal since I’d fully charged all the batteries prior to leaving, and the batteries were kept with the cameras, which stayed with us the entire time as cabin luggage). But what was a big deal is that I screwed up and left the Garmins in that piece of luggage as well. What was I thinking? I *always* put the Gamins in the camera bag.

Why are the Garmin bike computers so important? Because they provide all the detailed ride information. Where to turn, how to get somewhere if you went the wrong way, and detailed maps that work when there’s no cell signal around. It’s really tough doing a convoluted route using just your phone when the cell service in the areas you need help… doesn’t usually exit.

Also in that bag were all of our lights, so the first TdF intercept, which should have happened on Sunday, had to be scrapped. Why? Because the only return train from the pretty far-away stage would arrive in Tarbe at 10:15 at night. Tarbe is 12 miles short of Lourdes, so we were going to have to do a night ride the rest of the way. No lights, no ride.

Instead we did a ride that didn’t require much in the way of navigation, since Kevin and I know a *lot* of the way around these parts, heading up towards, but not quite reaching, Troumouse. We did record it on Strava, so at least we got credit for the ride. We also stopped at a few places along the way to pick up some lights, a pair of bib shorts (Oh, I forgot to mention that all my cycling clothing is in that suitcase too!) and some gloves.

It ended up being a pretty nice but more-challenging ride than expected due to heat. Which is a good thing, because heat is something we need to get used to. We’ve got a massive ride coming up on Wednesday and need to be prepared for it.

Our first encounter with the ‘Tour will be on Tuesday, a relatively easy 20 miles from a train station to the top of a col, only 4,000 ft or so of climbing. Tomorrow (Monday) will be a new road for us, the Col de Spandelles. Supposed to be a beautiful, little-used climb not too far from Lourdes. Just 50 miles but pretty high quality miles. 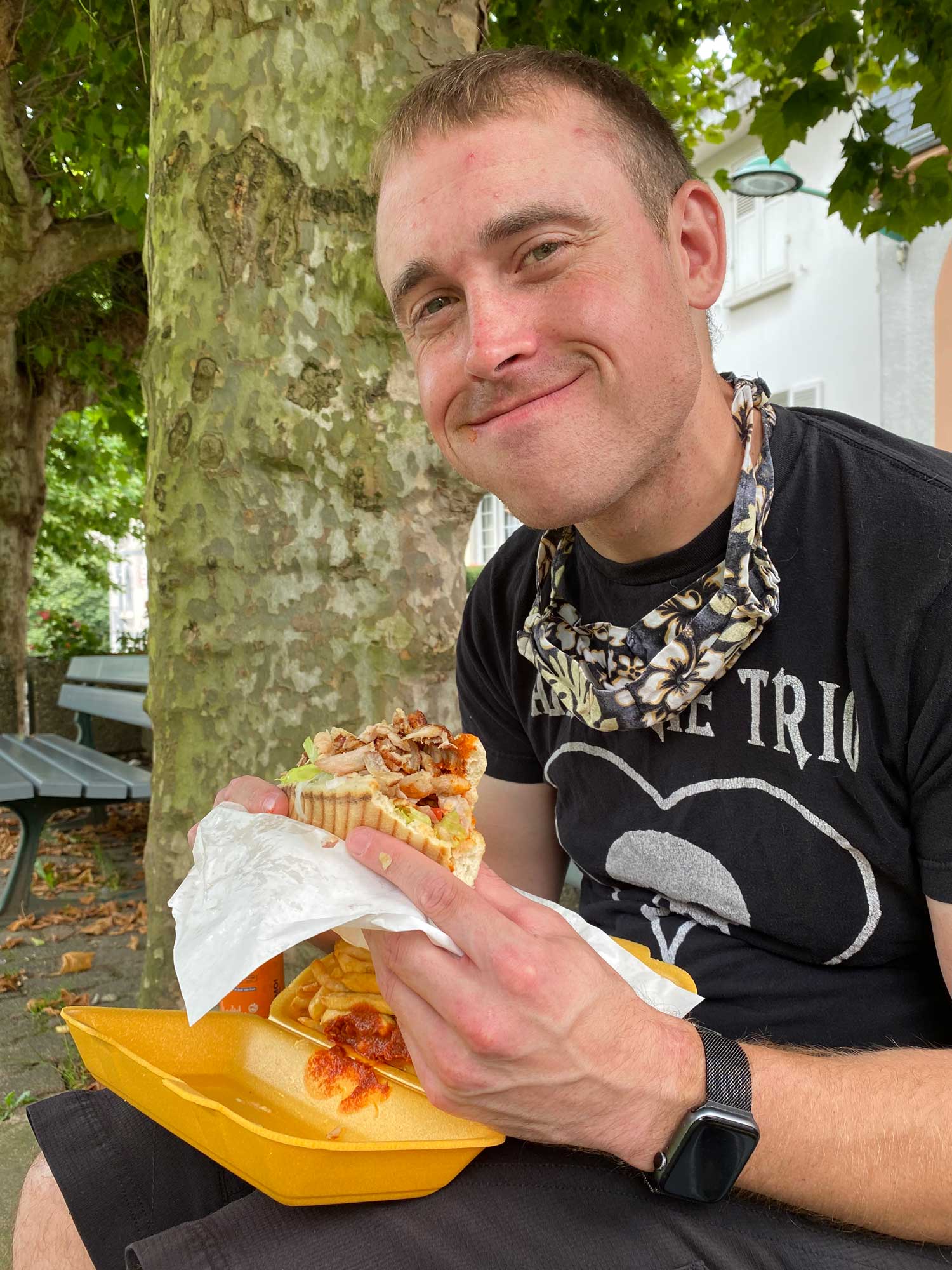