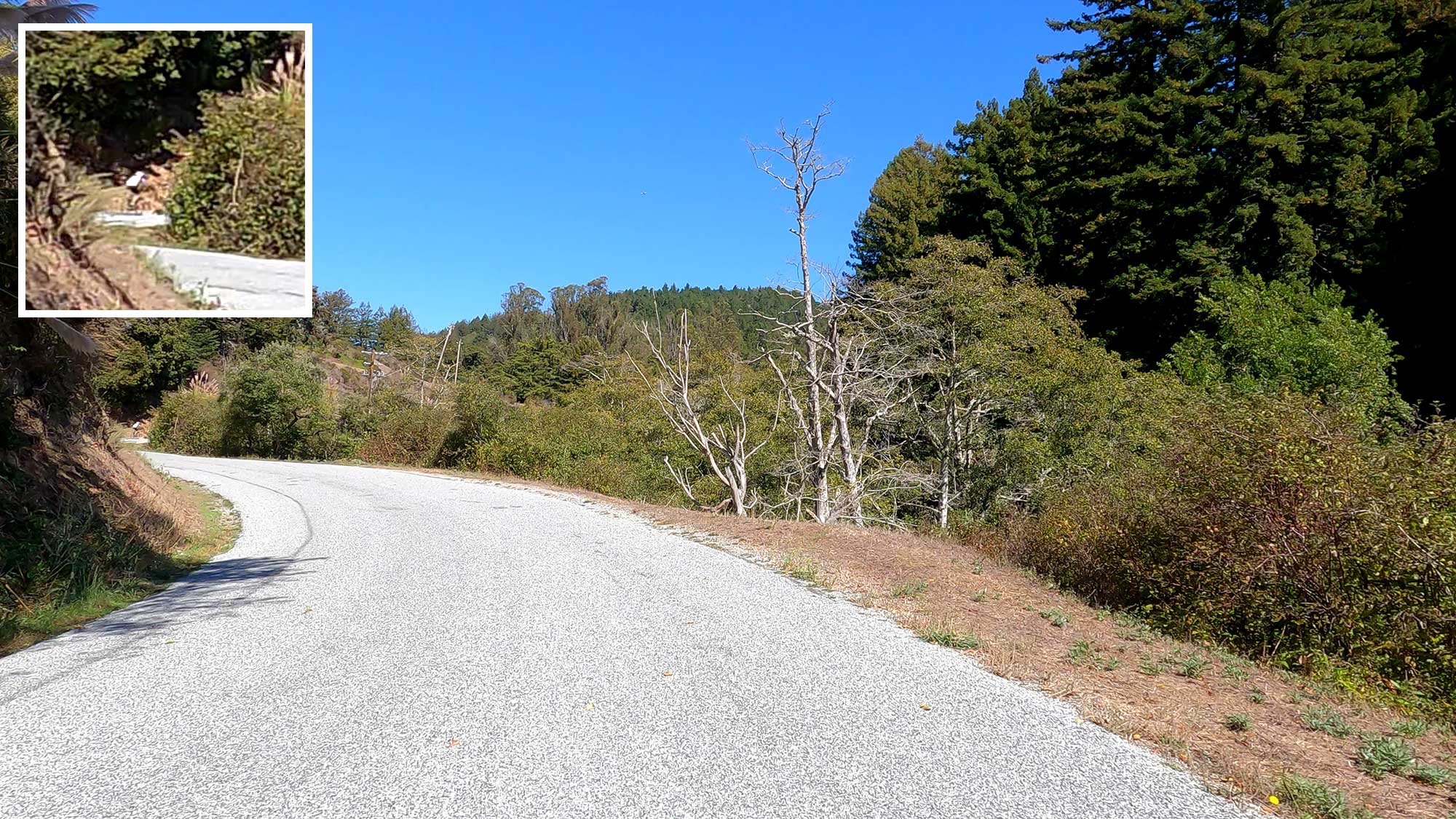 This is a ride we used to do twice a month, but just checked, last time was August 14th, 6 weeks ago! I haven’t been a total slacker since; I wouldn’t say the usual Pescadero/Tunitas loop is any easier or harder than the Redwood Gulch/9/Skyline ride. And, sad to say, my 24:50 OLH time is my fastest since Sept 21st of last year. Curiously, looking back in time, most of my better efforts on OLH have been in September. Probably a weather thing; not so cool that you have to wear leg warmers and feel like you’re not warmed up, and not so hot that sweat is dripping into your eyes. The last time I had a “suprising” ride up OLH was 3 years ago, Sept 15 2019, at 22:04, and I’m sure I was pretty upset about those 5 seconds that would have given me a 21-something instead.

The new version of me is beginning to lose track of what a good time is. Probably a protective mechanism? I feel like I should still be capable of a 23-something time up Old LaHonda, or 29-something up Kings, but those might not be in the cards anymore. Longer climbs, like Tunitas, I might still be able to surprise myself.

It was a really nice day, just barely warm enough to start out without leg warmers or a base layer. The original plan was to leave at 9am but by holding off until 10:17 we were able to escape the last of the morning fog. Kevin rode up the first part of OLH but his legs were itching to push harder so he went on ahead, finishing almost 3 minutes in front of me. These days I don’t even try to see how long I can hang on, unless it’s towards the end of a climb, and why would I still be with him at the end of a climb? Haskins, pretty much same thing although I kept him in sight almost to the end. Haskins is one of the few where I can still, sometimes, actually do better than Kevin. Not as often as used to be the case though.

Pescadero was clear, the food was good, and for some reason Kevin didn’t want a cookie! Actually he had reason; he’d had breakfast before he left his apartment, then he had more when he got to his former home. He’s making really good use of his e-bike; his travels from the far side of Foster City, near the base of the San Mateo/Hayward Bridge, to his former home in the hills of Redwood City, takes just 36 minutes (Google says it would take 22 minutes that time of day by car).

Stage Road and gravel. Yeah, it’s there, the chipseal isn’t fun, but it’s not too bad and it certainly doesn’t deserve the signage “Bicycles not advised.” Heading east on Tunitas I kept Kevin in sight until… until what you see in the photo above. Normally we’d ride together until we get to the hill, but conditions were favorable (no headwind) and Kevin wanted to make sure he got a respectable time, not something over 50 minutes like he’d have if he held up for me. I could have held onto his wheel until we hit the hill, but I was convcerned I’d end up too gassed as the climb started and fall apart. That actually isn’t what usually happens; those times I’ve ridden hard on the lead in, I’ve generally done pretty well the rest of the way. Today? Meh. It was OK, I didn’t die, but I wasn’t terribly fast either. I’m OK with that.

Forgot to mention an uncomfortable conversation Kevin was having with me in Pescadero. Trek has a new lightweight (27 pounds!) ebike road bike coming out, and he was trying to make a case that I’d find that useful. And here I am, thinking time is running out this year for a Santa Cruz ride (113 miles), an all-day afair, and Kevin thinks I need an ebike for a 60 mile ride to the coast?