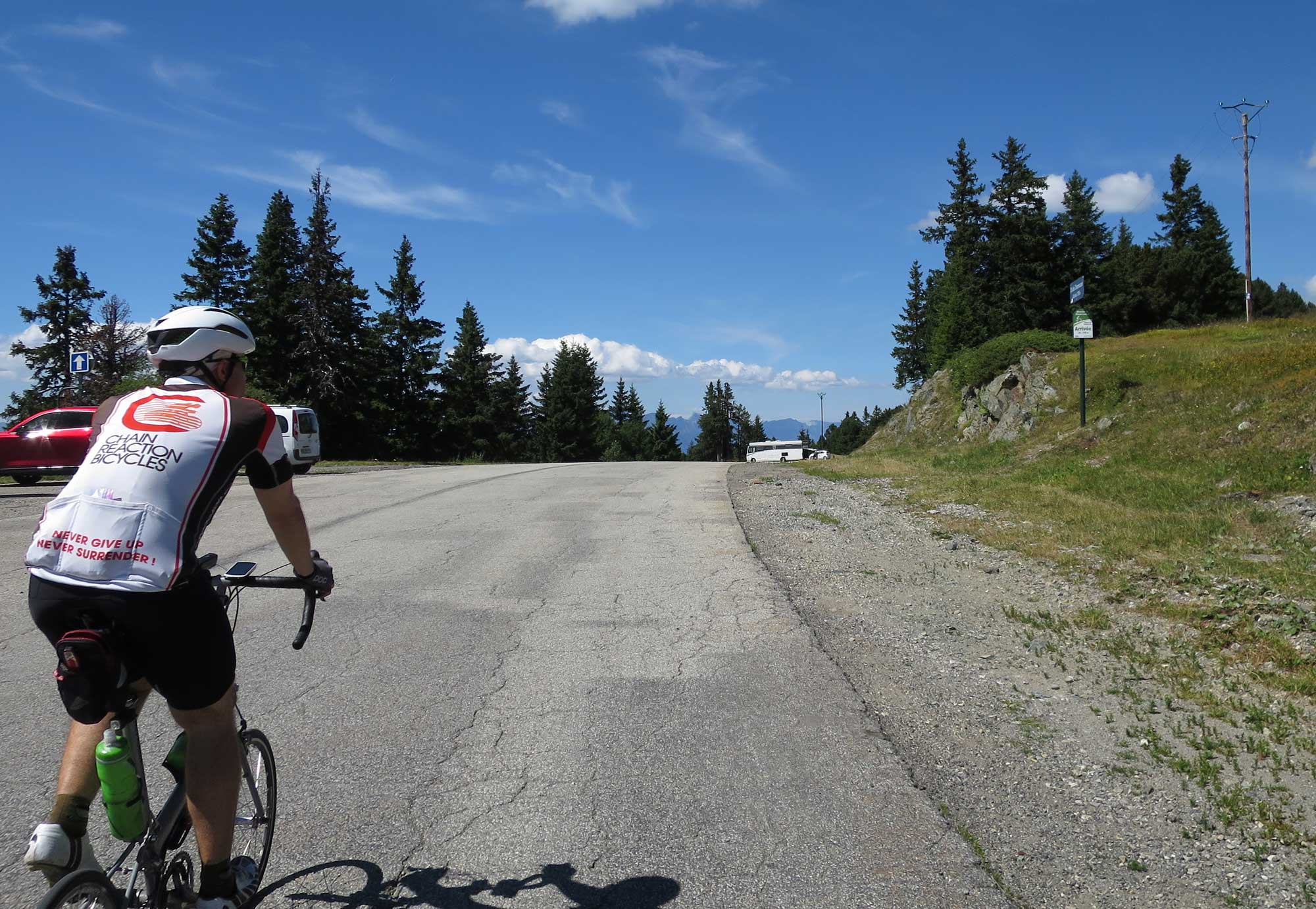 Today we were supposed to see our first stage of the Tour de France, but our midnight arrival on the scene last night kind of killed that, and any ideas of just being silly anyway were squashed when I did the 8am appointment to pick up the rental car, and instead of the cute little Renault Kangoo, a car we’ve not-so-secretly lusted after since Kevin and I started coming here together for the ‘Tour, they brought out a full-size cargo van. Umm… no. Trying to find a parking space for a beast like that? No way no how. Tomorrow they’re supposed to present us with a medium-sized car instead.

So what do we do to get our feet wet? We, or I, decided why not do something different, why not ride an area we’ve not ridden before. There’s this hill, the Charmousse, last used, I think, in the 2014 TdF.

Another time, another version of me, the Chamrousse wouldn’t have been that big a deal. But the current version of me doesn’t tolerate heat very well if I haven’t spent a lot of time getting used to it, and the current version of me was in real trouble going up that hill, with temps right around 100F for a good part of the climb. My sweatband seemed to be working against me; I think it’s kind of like how a dam works really well, until it doesn’t. I just couldn’t get much power to the pedals. Kevin thought it was maybe the rack with stuff loaded down that was making a difference (he was riding au naturel), but that explains being slower; it doesn’t explain the low power numbers. Some of it may be due to the meds I take for my mild bone marrow cancer thing, maybe. And some, sure, my lungs don’t work like they used to, but this was epic-worse than anything I’d experience climbing Kings.

And heck, as long as I’m complaining, the Chamrousse is way too wide to be fun, which also means a lot less shade too. But the kilometers did (slowly) tick off, and we did eventually make it to the very top, where, as France would have it, there was a very nice little cafe run be a very nice middle-aged woman serving up cokes in glasses with plenty of ice.

Tomorrow hopefully goes better; it’s only the Galibier after all. Our first TdF intercept, with full camera gear.