Had to wait until it was hot enough to ride 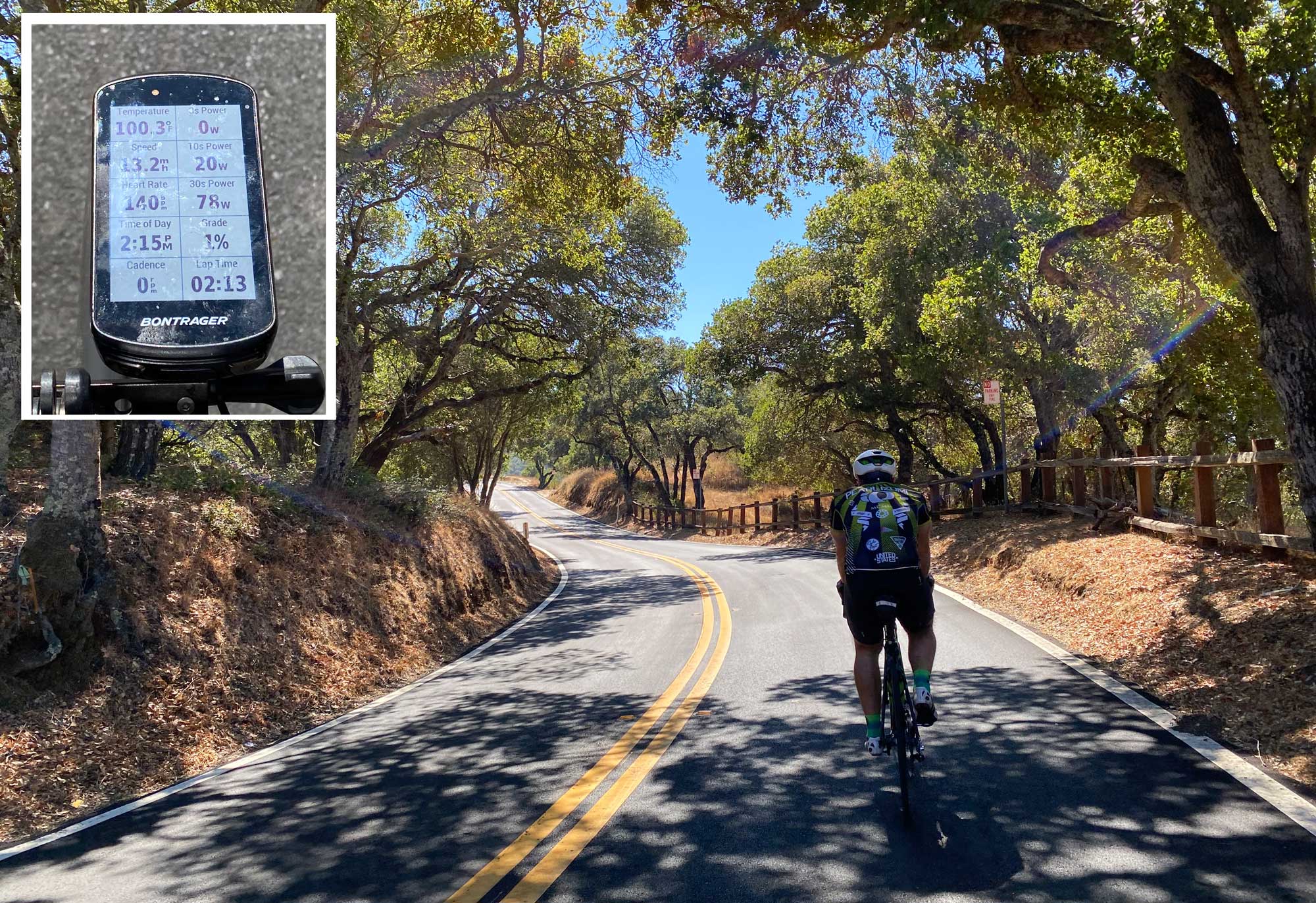 Last Sunday Kevin set the world on fire, with a new PR for climbing Tunitas a full two minutes faster than he'd ever done before. 41-something, just two minutes off the best time of one of our wicked-fast customers, JeffZ. And Kevin's not even in fighting shape right now, weighing about 10 pounds above his best. But last Tuesday Kevin slept instead of riding up Kings (said he didn't get much sleep that night) and Thursday we took it pretty easy. So was it a surprise or not that yesterday (Sunday) I got the version of Kevin that could barely turn the pedals? My plan had been to do Redwood Gulch & Highway 9, one of the "ugly" rides. Kevin wanted no part of Redwood Gulch, and our slow pace through Woodside and Portola Valley reinforced the idea he wasn't going to enjoy himself on such a ride. He suggested heading directly up Page Mill instead of continuing south; I said let's just keep going and see how he felt a bit later, after stopping for fuel at Peet's near our former Los Altos store. At that point I proposed two alternatives; one, continue heading south and check out the velodrome, see if anything was happening there, and take the train back home. Second option was to head back via Moody/PageMill/Skyline. He went for the second, which he later claimed was his plan all along.

It was interesting, climbing Page Mill "easy." On a pretty warm day, Page Mill and "easy" are still a bit oxy-moranic. Temps ranged from 90 to 100 degrees, although it did "cool off" to 90-93F once on Skyline. It's truly surprising how nice 90 degree can feel, after you've finished the main climb. It doesn't make much sense, does it? And there's that bizarre experience of riding on such a nice warm day on Skyline and looking out towards a fogged-in coast just a handful of miles away. We take such things for granted, but how common is it that temperatures vary so greatly over such a short distance? Bay Area micro-climates?

This was definitely a ride we finished much stronger than we started. Kevin takes all claim for it becoming an enjoyable ride though.