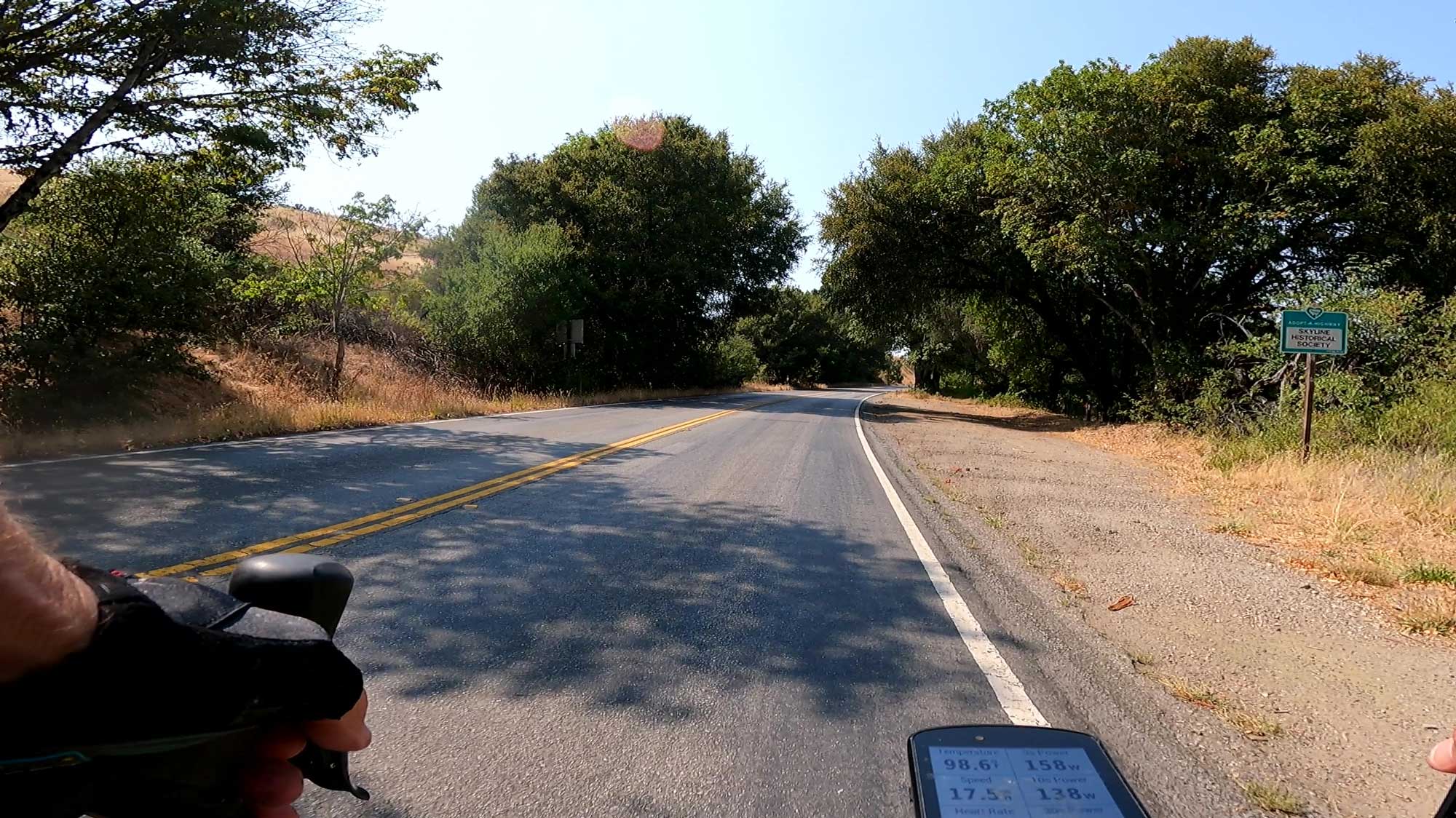 I was on my own Sunday; Kevin was off with his girlfriend, so I got to do my own thing. On Tuesday & Thursday mornings, that thing always includes a climb up Kings; on Sundays it seems to always be Old LaHonda. I’d thought about doing the Pescadero/Tunitas loop, but my bike needed a bit of work, I was a bit lazy, and there was this strange part of me that wanted to wait until it got pretty warm, hot even, before heading out. Why? Good question.

I took it easy up Old LaHonda and felt a lot better than last week, when I broke into such a heavy sweat… on a day that was a bit cooler! Even took a slight detour on the way up; I’ve always wondered what Orchard Hill was all about; now I know. I’d tell you but I’d have to kill you. Descending West Old LaHonda I was a bit disappointed that there were no snakes out; it’s been quite a while and I figured, at 88 degrees, there might finally be a snake or two. Where are they all hiding?

Interesting experience at the LaHonda duck pond; a turtle and Heron were both at the “wrong” end of the pond! Never seen a turtle near the east side, but there it was, sitting on a branch coming out of the water. None in the usual place, or at least none that I could see.

Last chance to rethink things and head out to Pescadero anyway. Nope. Instead I did something unexpected; I tried to drill the lower section of West Alpine (where it’s rolling/flat) and see if I could maintain something close to my PR (my Garmin interfaces with Strava to, usually depressingly, display my current pace vs my best recorded pace). I managed to keep it so close that I just kept on moving and was really surprised to see, at age 65, I got my best-time ever for that segment. I should say, my best Strava-era time, which goes back to 2008. I don’t want to think about how much faster I was, back in the day.

West Alpine was its usual nasty self, and while I wasn’t seeing the power readings I would have liked, the time didn’t seem too bad. In the end, best time in just over a year, so the broken ribs, now 4 weeks in the past, don’t seem an issue anymore.

Heat? Up on Skyline I saw it get as high as 99F, quite a bit warmer than down below. “Just” 86 down below. Overall a pretty nice, although short (43 miles) ride.