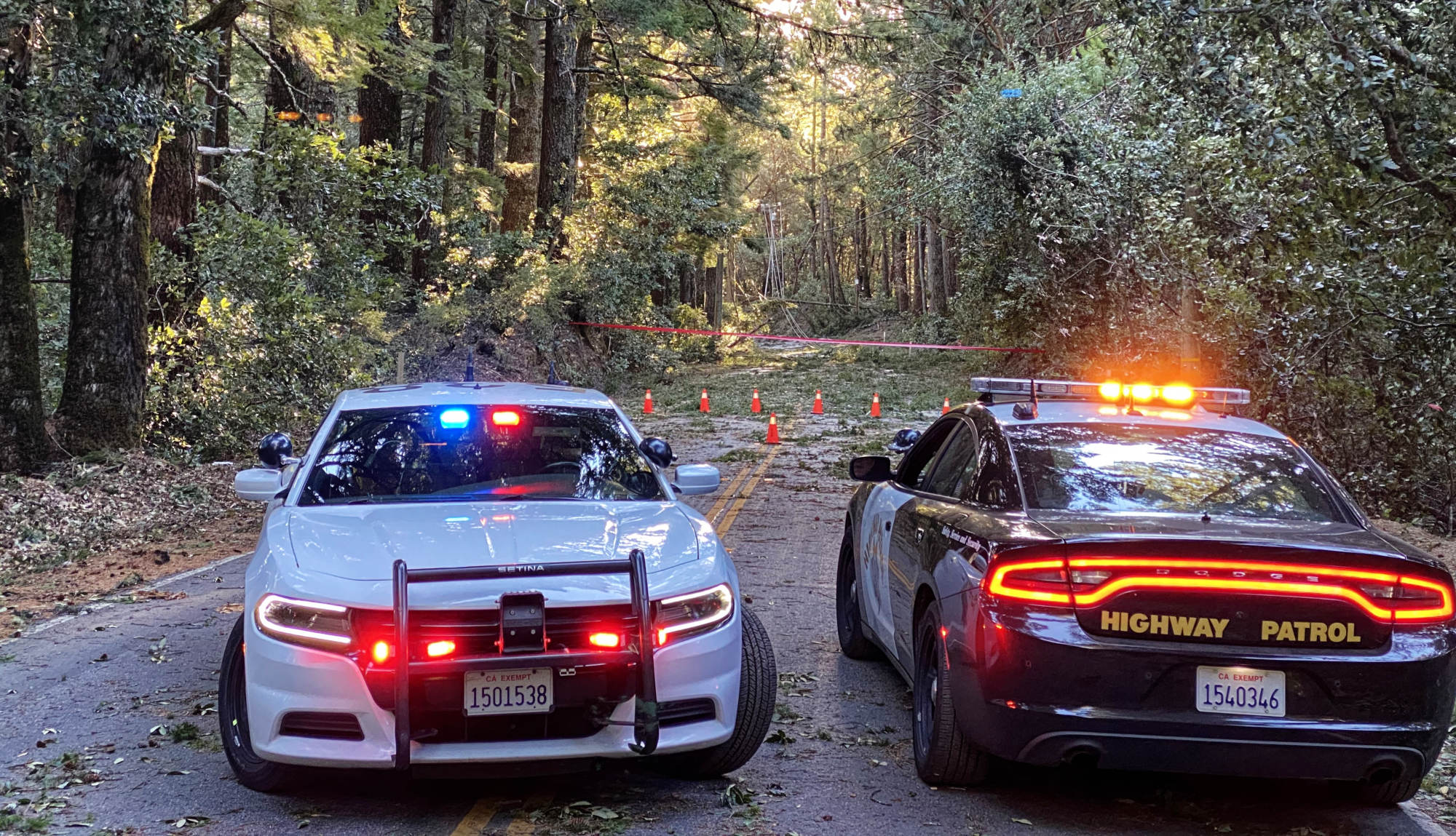 We knew it might be a bit breezy, but were a bit surprised by just how much! It wasn’t going to be a fast ride; Kevin’s still not riding very well, being a bit banged up from this or that, and added to it slightly this morning when, after coming to a stop at Manuella & Kings on the way out, he slipped off his pedal and nailed his shin.

It also couldn’t have been a very fast time up Kings due to all the debris, which not only had to be dodged but a few times we’d stop to get rid of some particularly-dangerous branches that had fallen across the road. But not only was speed curtailed but distance as well; just prior to Skeggs, heading south on Skyline, we came across the scene above. It was kind of surreal that one of the guys felt a need to get on the bullhorn and ask where we were going. Like there was a choice? I yelled out “Back the way we came”, took the picture above, and headed gingerly back down the hill.