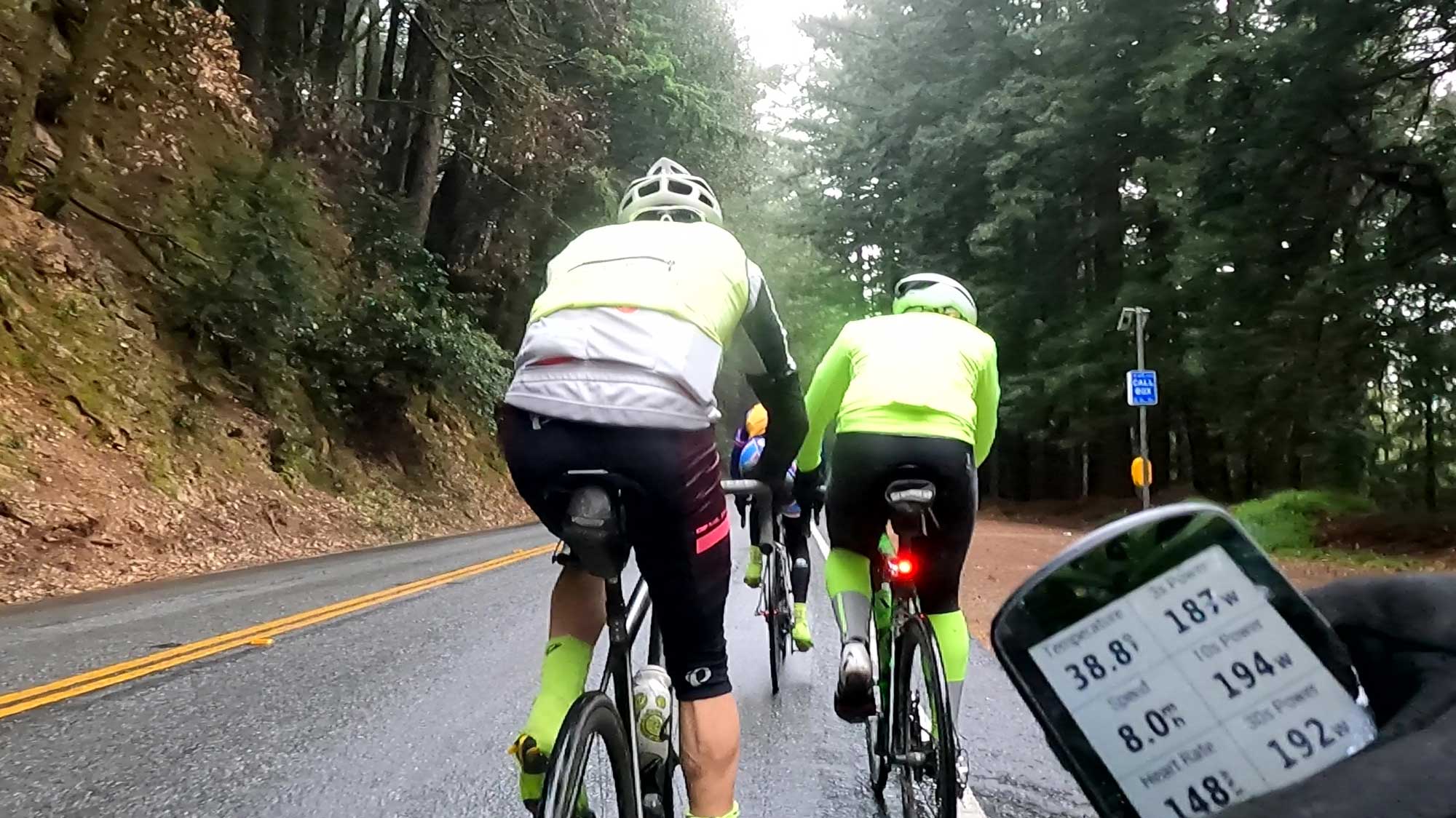 Normally I’d be posting about this morning’s ride, about Kevin, Kevin & Karen (I’m outnumbered by the K’s!), about hopefully the last time I’ll see temps dip into the 30s for a very long while. About feeling a bit better than expected, and how may Sunday’s harsh ride up Redwood Gulch might have been good for me.

But all of that got overshadowed by a phone call this afternoon. Staff was properly screening the call, since someone was looking for “the owner” (and most such calls are cold-call salespeople I don’t have time for). But with a bit of a twist; it was an important call concerning a former employee. Well, that turned out to be true. It was the sister of Mike Flaherty, a young man that worked with us for a number of years, becoming our service manager in Redwood City. I’m not sure exactly how long he stayed with us, but at the time, it was longer than anywhere he’d worked previously. Michael was a bit of a character, sometimes a bit impulsive, but a pretty good guy. He eventually left to work for another shop in Burlingame, where the structure was a bit less formal and more to his liking. He could be his own boss there, something that’s tougher to do at Chain Reaction when you have so many family members running the show!

Not too long before he left us, his living situation changed and he could no longer take care of his cat, which we adopted. We called her Zoe-Zoe (not sure where she got that name), and she was an interesting animal. Quite independent, didn’t really want to be around people much. She would lash out at anyone trying to touch her, much less pet her or pick her up. She’d crawl into things and dare you to disturb her. But somehow she clicked with me. I managed to tame her, get her to not literally bite the hand that feeds her, bring her out into the open. It was really frustrating to Becky (my daughter and resident cat person) that I, a person who really didn’t care that much for cats, was the only person who Zoe-Zoe got along with.

Our cats, at that time, were allowed outside during the day, and they’d come home at dark for food. But one day Zoe-Zoe left in the morning and didn’t come back. Lots of frantic searching and no sign of Zoe-Zoe. After a few days, we assumed she was gone, perhaps taken by a predator, run over by a car, a sad fate of some sort. We all missed her greatly, even though it gave most of the household time for their shredded (clawed) arms to heal. And I’m sitting at my computer, just like I am now, same room, at almost 1am and I glance down to the right of where I’m sitting and there she is, looking up at me. Zoe-Zoe. Gone six days. I mean, what sort of cat disappears for six days and returns home. Zoe-zoe did.

Zoe-Zoe’s been gone for years, and today we found out that Michael is gone as well. We don’t know what happened to Michael; I didn’t ask when his sister called. She just knew he’d spoken of me from time to time and that I should know he’d passed a few days ago. He was probably in his mid-30s. Michael and Zoe-Zoe were both enigmas that I could never really figure out, but I’m glad I knew them.