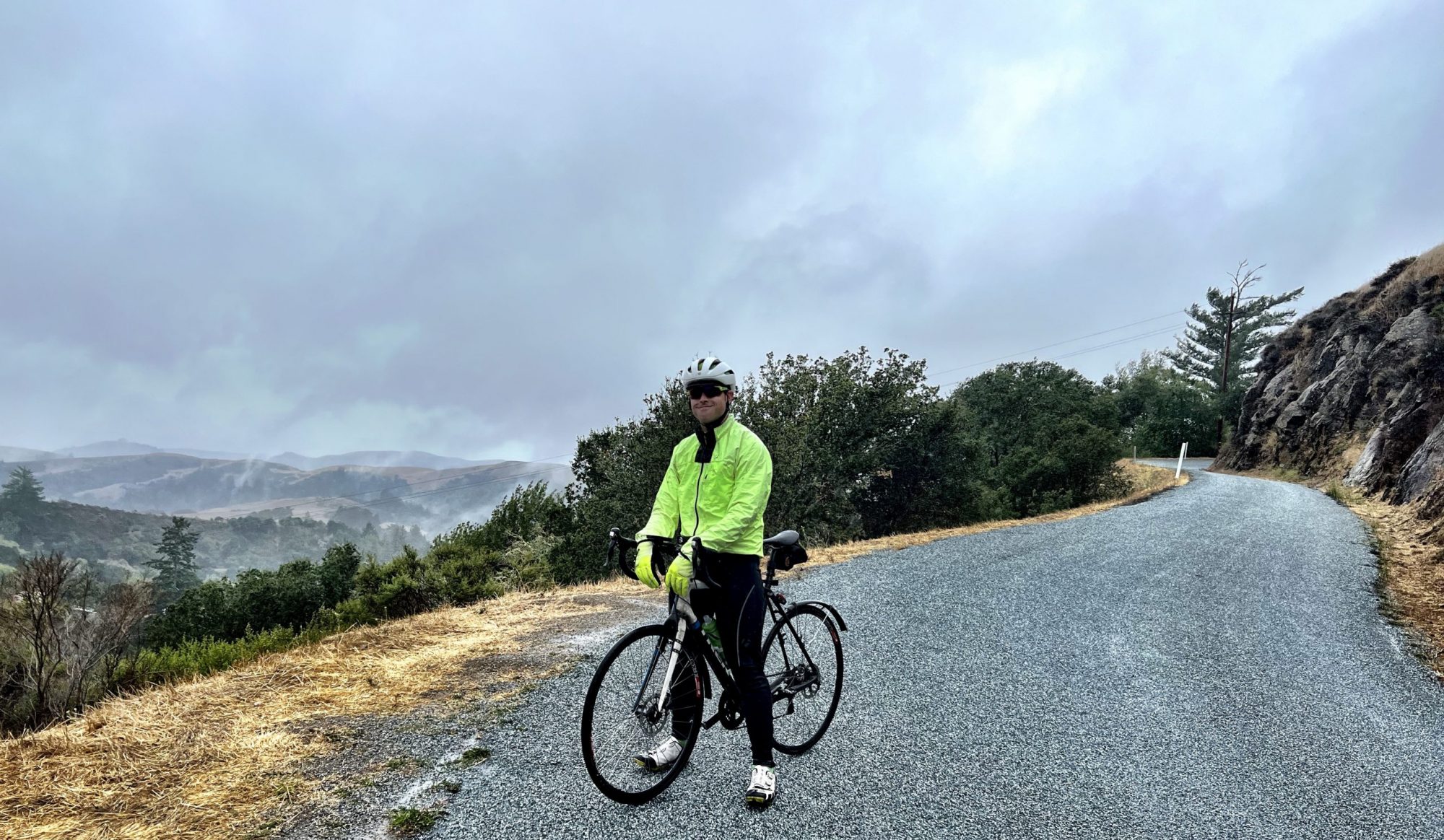 OK, let’s face it, middle of September, we shouldn’t be talking about rain anyway! But a good excuse to make sure the rain bikes, literally “ridden hard and put away wet”, were in working order. Fortunately a day or two warning (for the rain) let me catch the dead Di2 battery, but it didn’t spot the damaged tire on Kevin’s bike. No biggie, got it taken care of before the ride.

Not heavy rain, not really cold, but still felt really miserable. Maybe because it seemed like it shouldn’t have been very challenging, but somehow still was? VERY short ride, just up Old LaHonda, down the other side, and then back into Woodside descending 84. The original plan was for a longer ride, and the revised plan still had us heading north on Skyline and then down Kings, adding some mileage and climbing. But by the time we got back up to Skyline (after descending West Old LaHonda), we were feeling really hungry, again, for no good reason.

No mishaps along the way, nothing terribly exciting. And the chip seal on West Old LaHonda didn’t seem nearly as bad as we expected; it shouldn’t be an issue for our “real” bikes on Tuesday morning.