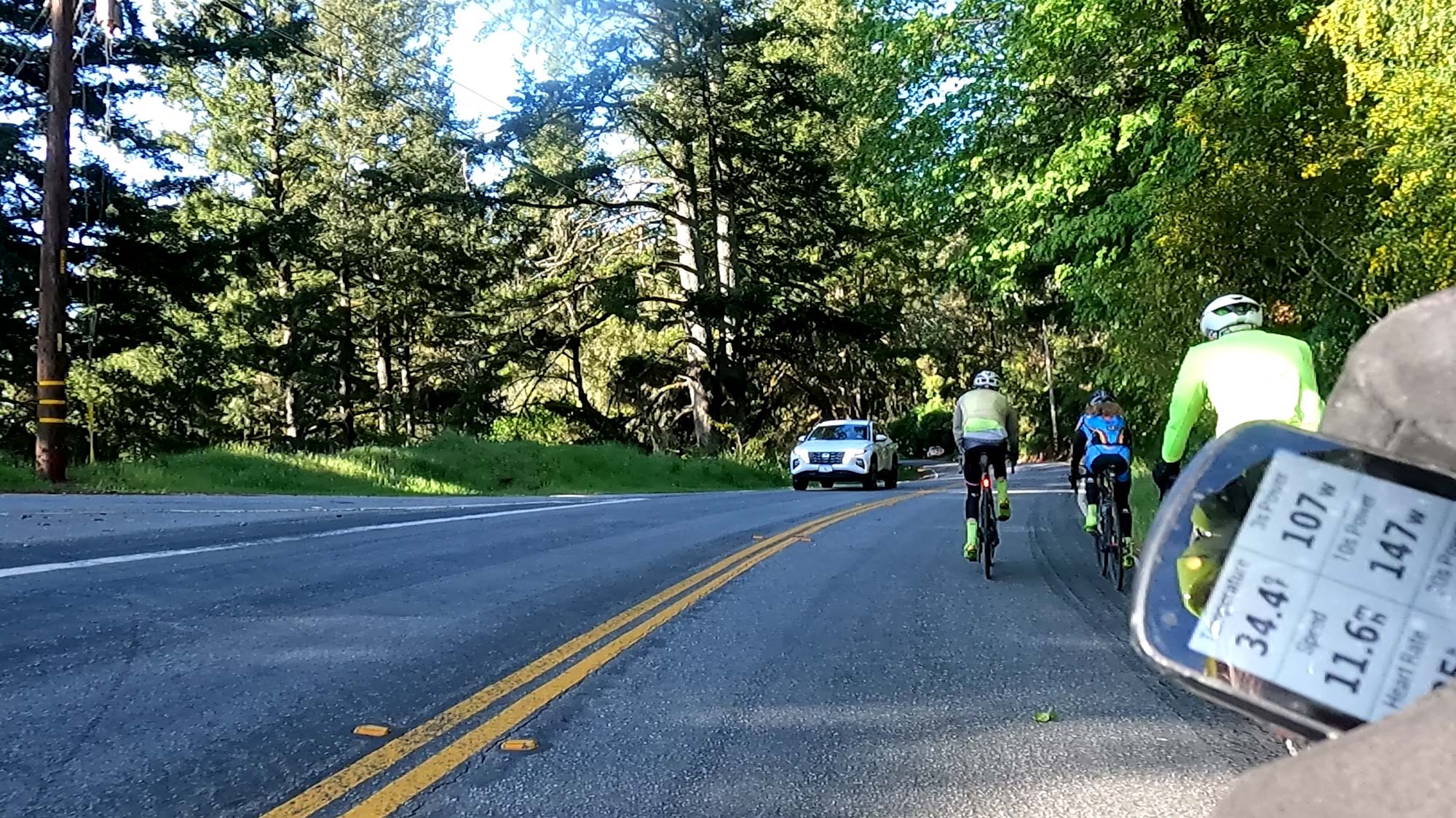 Is it really supposed to be this cold, this windy, this time of year? Lately I’ve been telling Kevin, as we’ve descended Jefferson towards the start of the ride, passing through that infamous corner where, just over three years ago, I cracked my pelvis in two places… “At least we don’t have to worry about ice anymore!”

Or do we? It was Kevin, Kevin, Karen and I riding up the hill this morning. And windy and cold! Kevin (ex-pilot) claimed it was just 35 up on Skyline, where he lives. We didn’t believe him. But sure enough it got colder as we climbed. Oh, we actually had a fugitive with us from one of the later rides, Steve L, who joined us as far as the park entrance. By that time Kevin (not pilot), Karen and I had broken away, although thing splintered right at the park. I might have been feeling sorta OK but not OK enough to keep up with Kevin (not pilot), who managed a sub-29 today. Karen was somewhere in-between. By the time I got to the wide open space it was clear there was no way I’d catch back up to Karen, but it made sense to circle around a bike and wait for the ex-pilot… for 2 and a half minutes I waited.

I’m not sure if I’m feeling good or not-so-good these days. I do know that I’m really looking forward to warmer weather, like we had just a week ago.