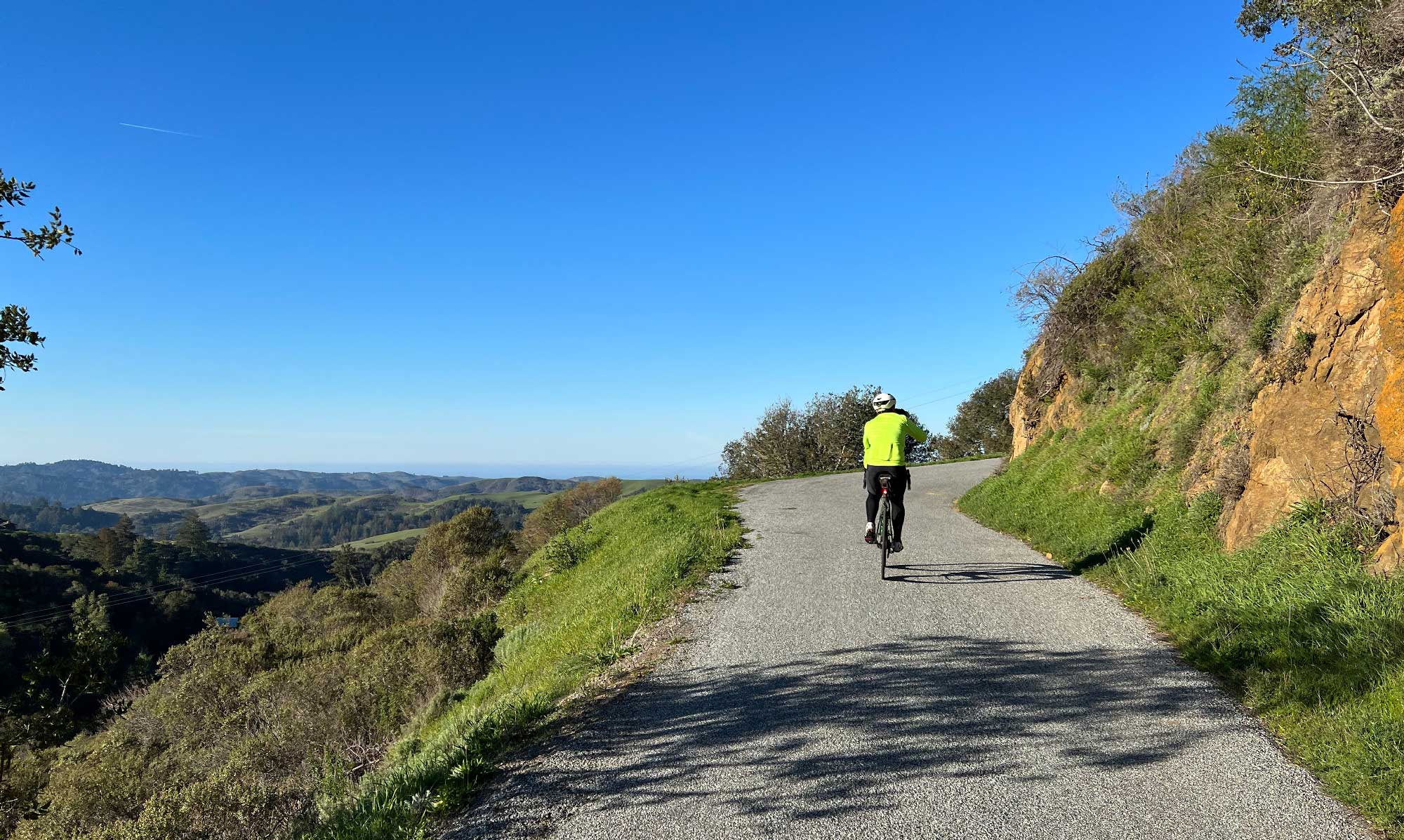 Tuesday was ugly. So slow, so ugly, that very shortly after starting up Kings, I told Karen to go on ahead and not wait for us. Maybe it was the twilight-zone-style fog. We arrived at Sky Londa way past the unofficial cut-off time for doing the WOLH loop (don’t ask what that time is as I actually don’t know… it’s just one of those things where you know it when you see it).

But today was another day. No fog, maybe a degree colder (36F I think?). Dry roads, clear skies but, in the end, even slower than Tuesday! Kevin blamed his knee, but he did speed up a bit as the ride went on.