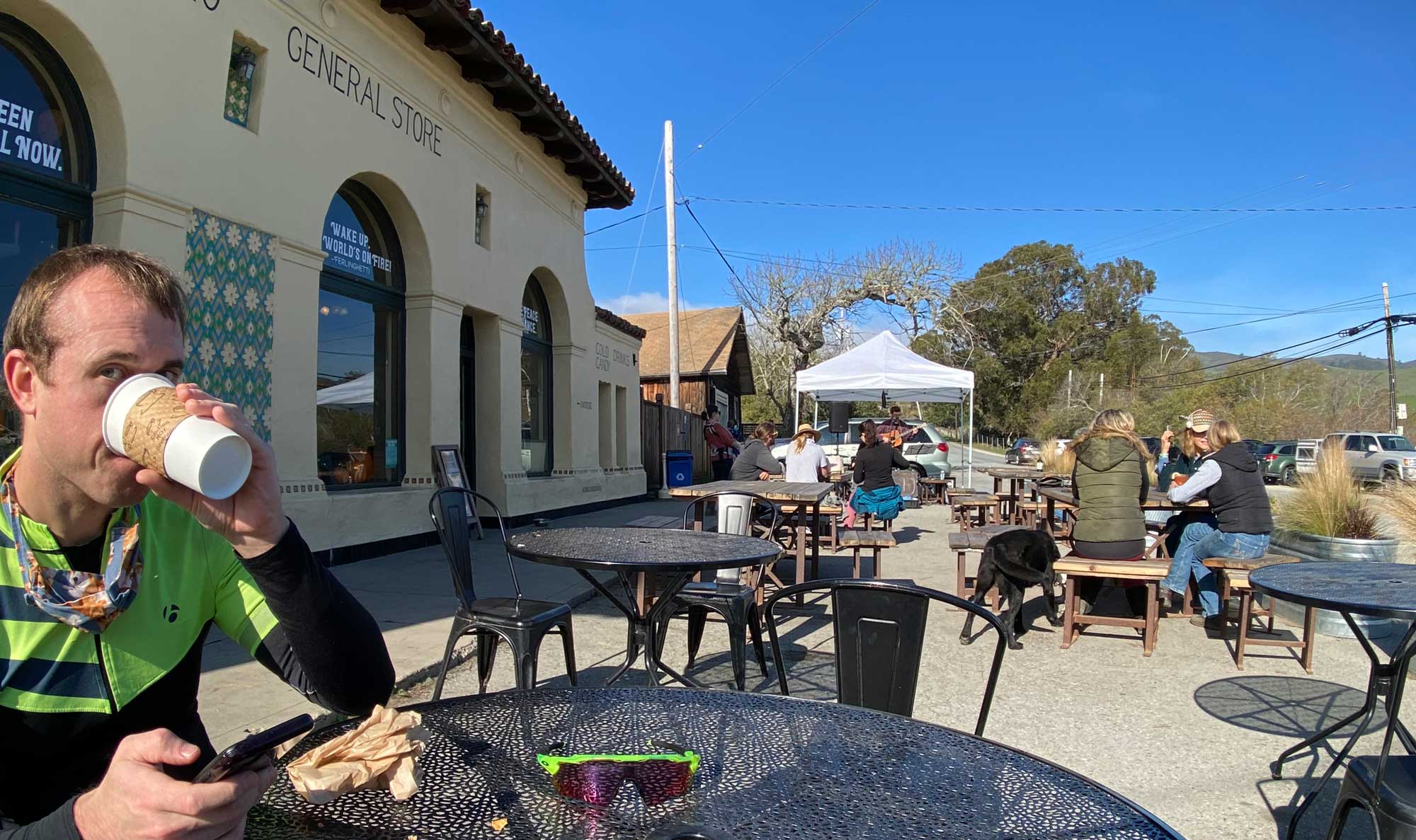 It’s been a very long time since considering San Gregorio General Store as a regular stop on a bike ride. There was a time, way back when, that it was a regular thing. A friendly place that you’d frequently find a group of cyclists in front of, but something happened some years back, can’t say if it was 10, 15 or 20 years ago. I know it wasn’t 5. At some point the place seemed to turn against bicyclists. It wasn’t just the sign in front that asked cyclists to take off their cleated shoes before coming in; that was a borderline reasonable request. I think it was a combination of increasing the morning bar service (impressive to see all the Bloody Mary’s being downed at 10am) and a bit of a surly tone towards cyclists. Nothing really overt, more a feeling.

And the vibe was what, coastal conservative? Pickups with gun racks. Customers who didn’t have much use for people on bikes (unless those bikes were motorcycles). It got to the point where, some time ago, I wrote a piece suggesting that cyclists don’t patronize the place, and should head to Pescadero instead.

But a few years ago something changed, and it took me the longest time to really pay attention (because I’ve tried to avoid the place). More progressive environmental stands started making their appearance across the front of the store. Less disdain for cyclists coming in for coffee & cokes & snacks. And, it seems, fewer folk spending the morning drinking Bloody Marys.

Could be that it was never that bad; could be that it hasn’t changed that much. Maybe it’s me. Maybe I really want it to be a favored stop on a ride because Pescadero = 58 miles round trip, but you can do San Gregorio/Tunitas in just 44, and as I get older, 44 might be a more reasonable distance. Yeah, I miss the days when I’d think “44 miles? What a wimpy ride!” Fortunately, I still think that way. Most of the time.