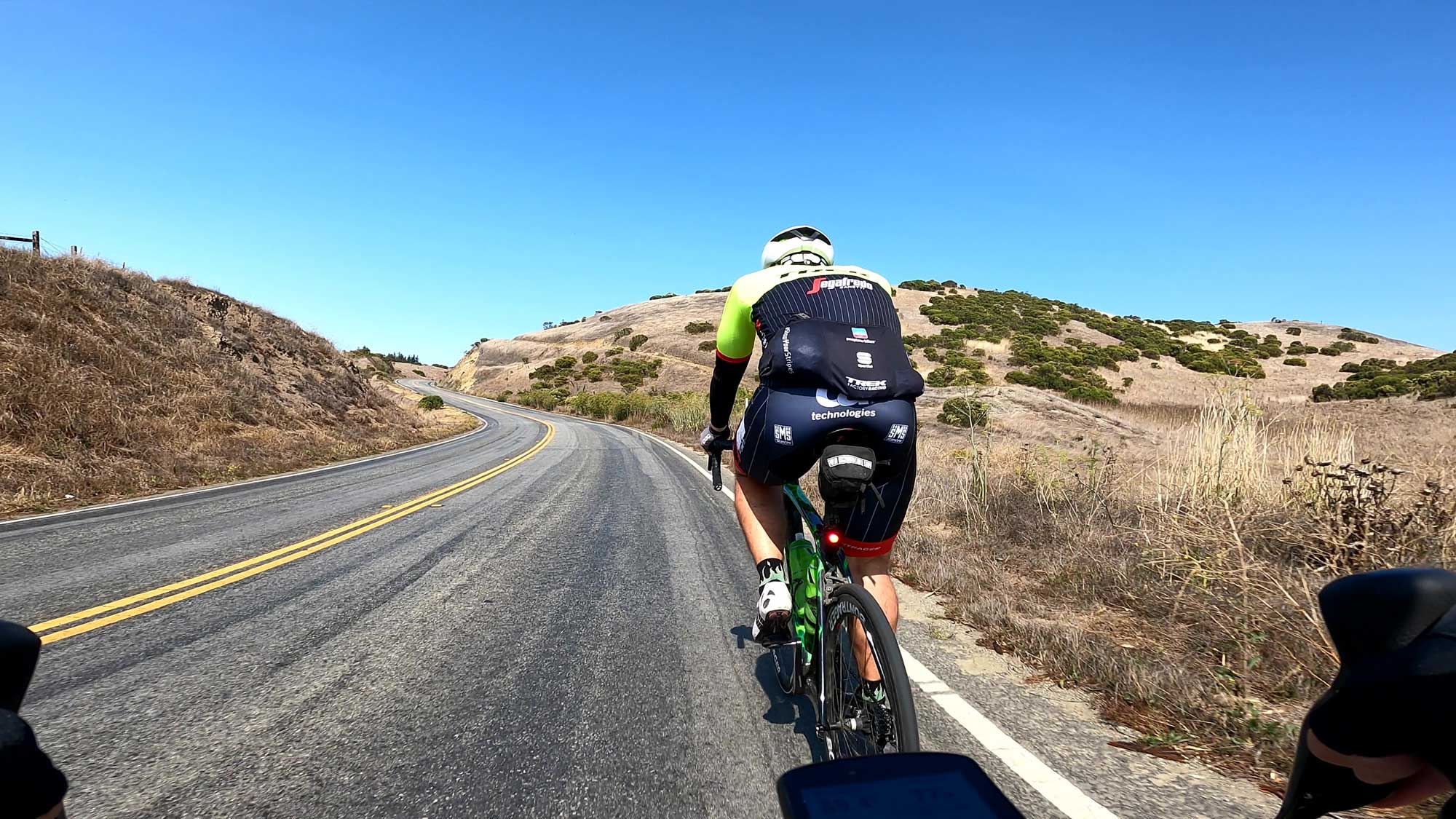 There was no way we were going to do a wimp-out ride today. No 43-mile just-up-West-Alpine or maybe quick run out 84 and back Tunitas. Had to kick it up at least over 50 miles, despite neither Kevin nor I feeling really great lately. But just had to get the job done.

It started out slightly, just slightly, on the cool side, and with fog visible up on Skyline, we wisely chose to go for base layers and leg warmers. And just as wisely, within the first couple of miles, off came the leg warmers, and we wished we weren’t wearing the base layers! It warmed up quickly! Not hot, ever; highest temp we saw was maybe mid-70s or so. Slow? Yeah, it was slow, 25-something heading up Old LaHonda, and just under an hour on West Alpine. Oh, didn’t I say we wouldn’t be doing West Alpine? Yeah, well, we were going to head up West Alpine and maybe either head down Page Mill and loop around Los Altos before heading back, or continue south on Skyline and descend 9 and Redwood Gulch before heading home on the flats. But those would have been too obvious, maybe too easy, so instead we go for the unusual, heading north on Skyline all the way to… 92. It did finally get a bit cool at the northern end of the ride, but we also started feeling a lot better once we headed north of Sky Londa. I think it was the cokes we bought there; Kevin thinks it was the Snickers bar. Whatever, we finally started feeling like this was a good, fun ride.

Plus, it’s been ages since we’ve been on the northern end of Canada Road, and kinda fun doing it with a tail wind!