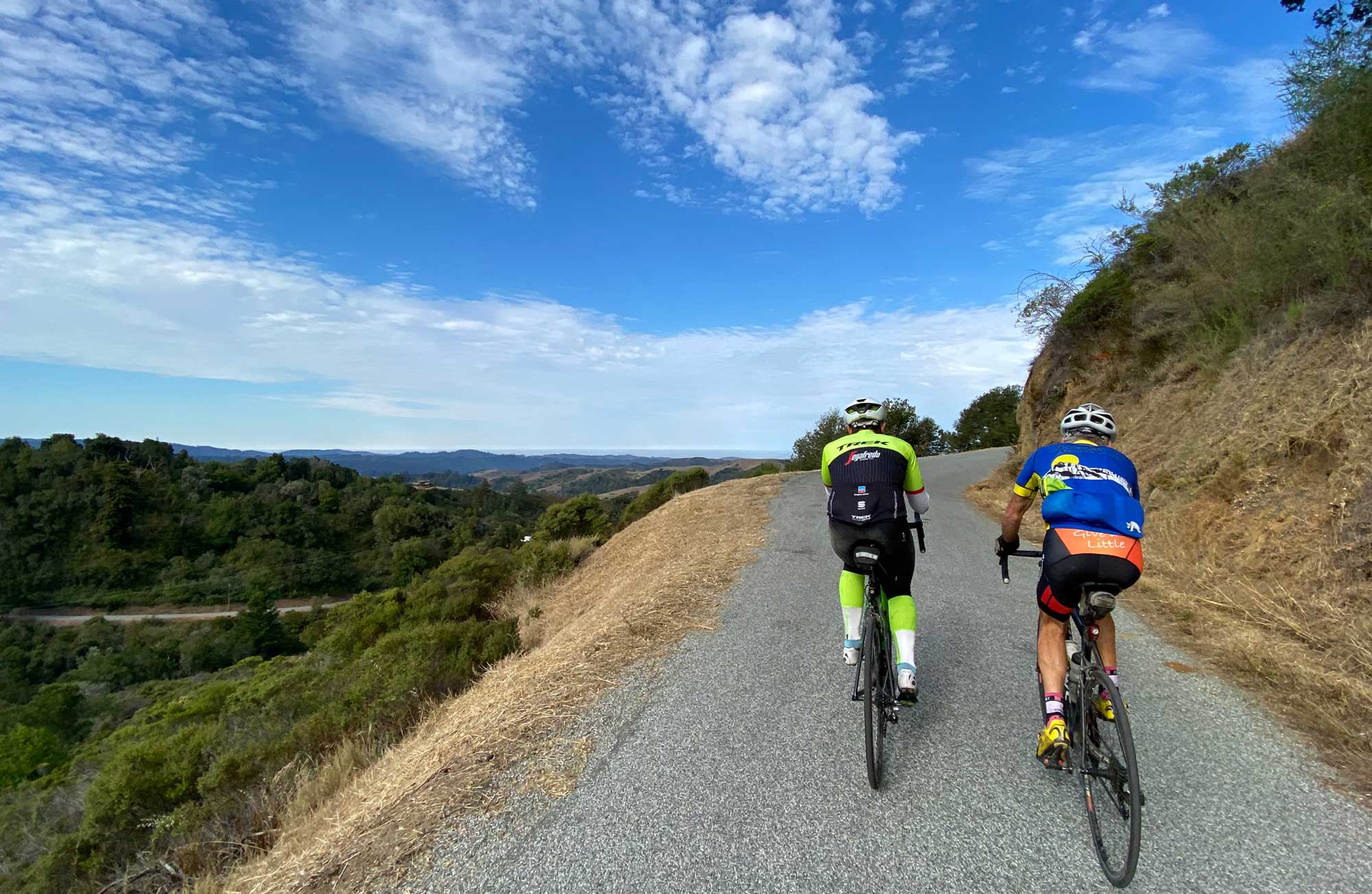 I wasn’t sure how this morning was going to go, first day back on my “real” bike, not an ebike, on the regular Tuesday/Thursday-morning ride. Last week I did do the regular Tuesday/Thursday ride, but on Kevin’s ebike, because with my two broken ribs (which may not be broken after all?) it was way too painful and simply impossible to be riding my regular bike. The ebike allowed me to limit the depth of my breathing, which limited the depths of my pain. I was figuring Sunday would be my first “real” ride, but then Friday I got hit, hard, with a short bout of some variant of the flu (not a good thing when it feels like your ribs are trying to kill you if you cough!). I was alive Sunday, but it felt like riding was just not a wise idea. Strange thoughts coming from me!

But yesterday morning I felt way way WAY better, well enough that I was able to keep an appointment to have blood drawn to see if I’ve developed the appropriate antibodies and spike-protein response to the Covid vaccine. It’s part of a study to see how my peeps (those with various types of blood cancers) have reacted to the vaccine; apparently some types of cancers, or the treatments for them, render the vaccines ineffective. It’s a first for me, actually volunteering to to have blood drawn! I had concern that the weight I’d lost, from dehydration, would make it difficult, but I drank a lot beforehand and had no issues. I’ll post the results when they become available.

But this morning, as soon as I actually got on the bike and started heading up over Jefferson, I felt pretty ok. Almost normal. Not what I expected. I had no problem holding Kevin’s wheel heading up over Jefferson, and while my ribs let me know they were there, they didn’t tell really crimp my style. We had both Kevins today; the ex-pilot had just returned from a month or two in Switzerland and wasn’t scared off by my warning that we’d be riding slow. It would have been nice if he’d texted me how warm it was up on Skyline (where he lives) though; we didn’t have to dress nearly as warmly as we did!

Kevin (younger) decided he wanted to charge up the hill, which came as a bit of a surprise to me. He hadn’t been on his bike for a week, but I guess when you’re younger, you can do that. I rode with him as far as the park entrance before easing back a bit, surprised at how quickly we’d covered that distance. Maybe that 6 pounds I lost from getting sick had a small silver lining? I drifted back to ex-pilot and we rode at a reasonably-decent pace the rest of the way up the hill.

It was a super-pleasant morning to ride; hopefully Thursday will be similar and we can dispense with base layers, leg warmers and long-fingered gloves!