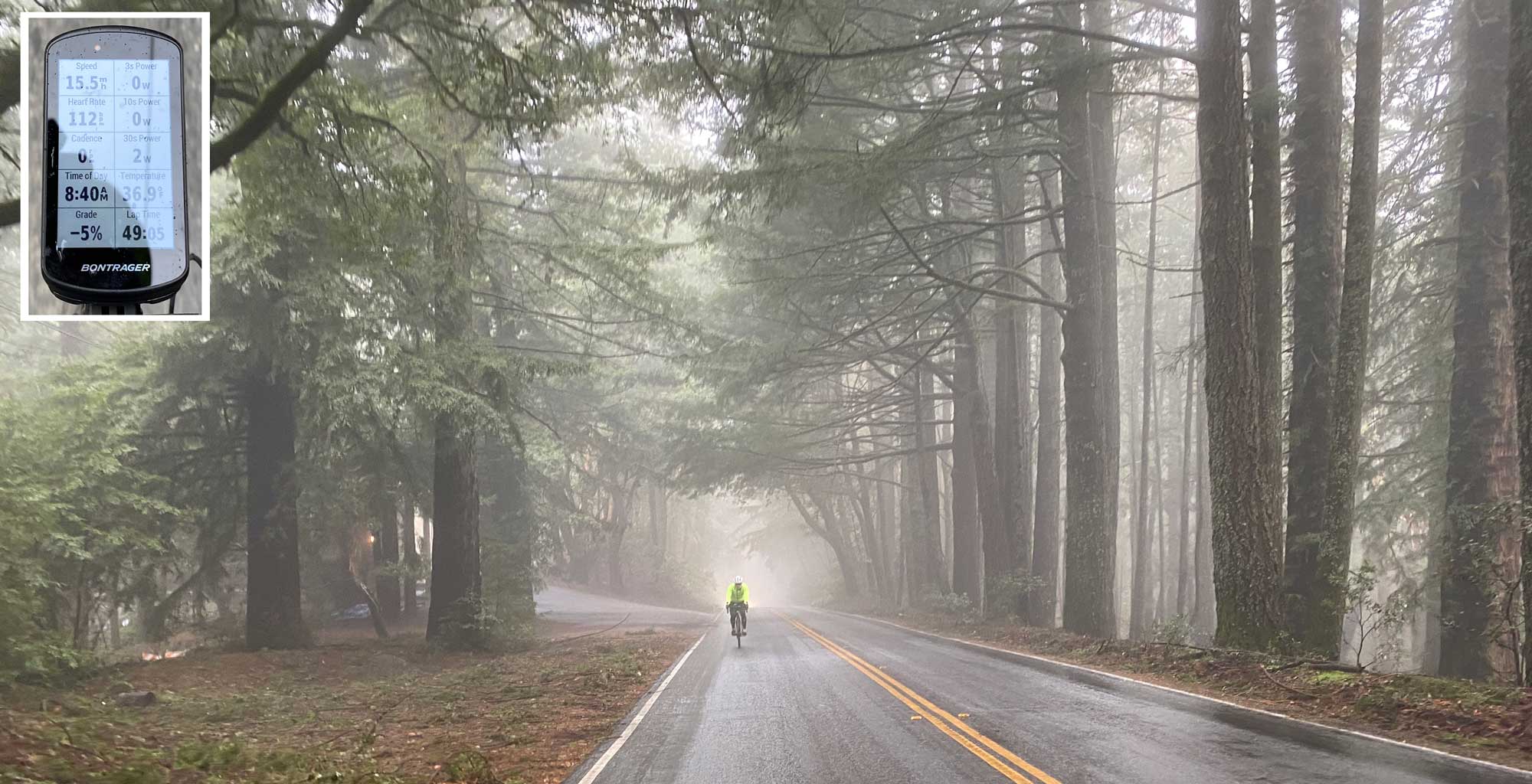 Over just a couple days, things can change rather dramatically. Sunday I had a pretty tough time making it up Redwood Gulch; the bottom section killed me, although I got better as it went. Overall a nice ride though. Kevin rode very strongly Sunday, as did Colin.

So what would happen today? Well for starters, Jeff showed up. THE Jeff. I had a choice. You always have a choice. I could try, see how long I could go, or just let him ride off into the distance. I assumed it would be he and Kevin riding off into the distance. Surprisingly, I was doing a pretty good job hanging onto Jeff’s wheel, while trying to keep an eye on Kevin and make sure he wasn’t in too much trouble. Jeff and I circled at the park entrance for a minute or so for him to catch up, then at the halfway point I let Jeff go on ahead while I watched for Kevin. But darn, I can’t stand watching people ride away from me if I can do something about it, so I took off and caught back up to Jeff again. Not an easy thing to do, but the point is, for some reason, I was able to do it. I did let Jeff go on, permanently, before we got to the wide-open clearing section where I waited up for Kevin and we rode the rest of the way up Kings together.

It was a bit wet, a bit cold up on top, but we were dressed for it. Kevin was still having trouble holding wheels though, so we bid adieu to Jeff, letting him complete the full ride (via West Old LaHonda) while we headed back down 84 into Woodside.

I’ve felt it in my legs this morning; I was truly “Jeff’d” today.