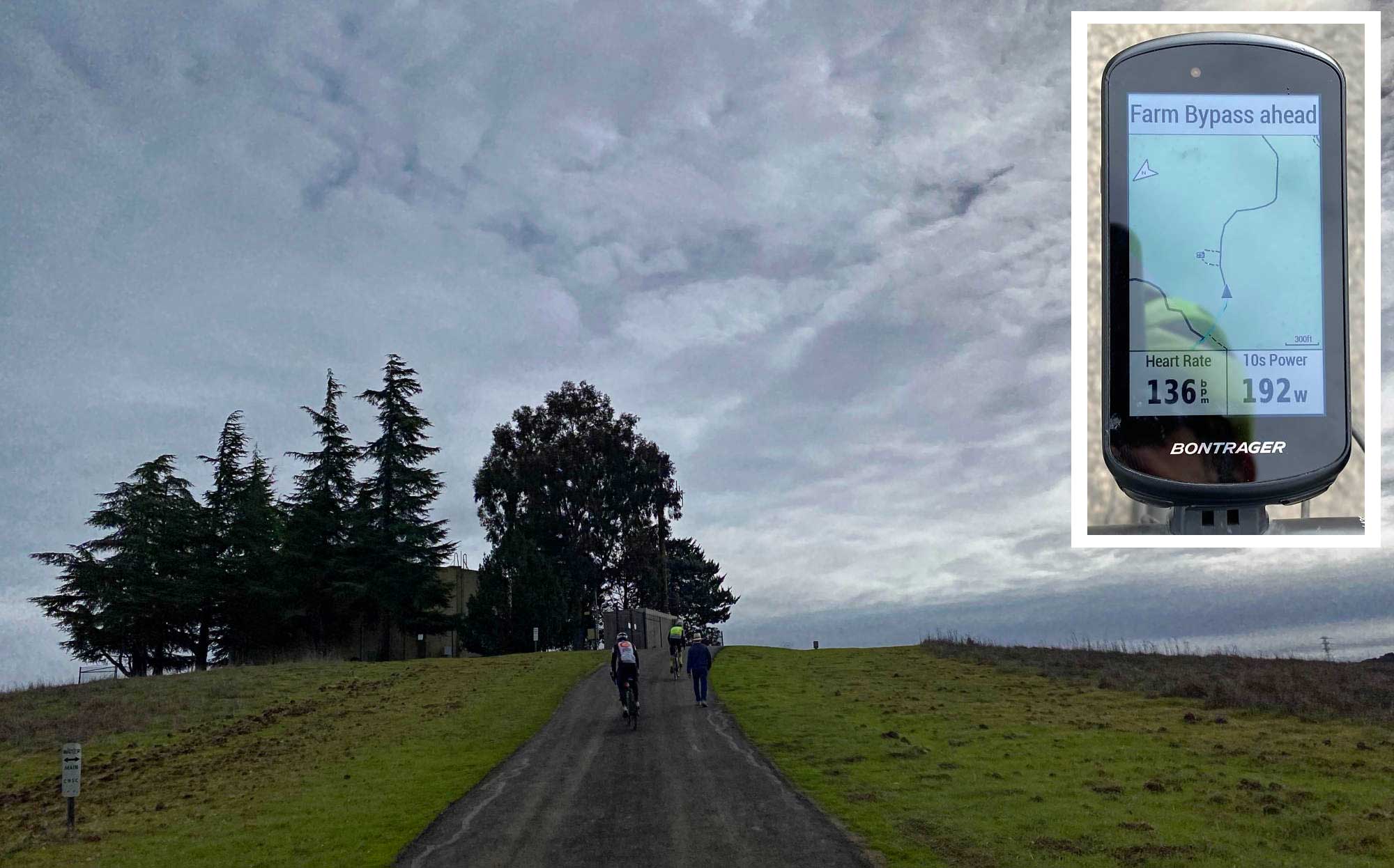 What to do for a different Sunday ride. Sometimes that can be tough; it’s not like the “reference ride” (Old LaHonda/Pescadero/Tunitas) ever gets old, but what else is out there? What else can you do that’s similarly challenging and doesn’t eat up the entire day? Especially when you’re kind of responsible for others on the ride having a good time. Today was one of those days, with Kevin, Kevin and Colin. And doing the usual just kind of seemed lame/dull/unchallenging.

What’s challenging? Toss Redwood Gulch into the right. Add a bunch of looping around in the Foothills discovering some new (to me, which is tough) roads care of Kevin (Pilot).

I thought I was doing fine until we got to the start of Redwood Gulch. The first third of that climb killed me. I mean really sucked the life out of me. I’m looking at my power readings and wondering, if my power levels are so low, why is this so hard? It really doesn’t matter how steep it is, 230 watts is just 230 watts. Eventually I found my rhythm and picked up speed and even managed to pass up Colin on the climb. Kevin (younger) was just out of reach and Kevin (pilot) was on another level, at least on the steepest stuff.

Thankfully I recovered completely on the continuing climb to Skyline via Highway 9, and felt pretty good the rest of the way home. Got a bit cold and dark up on Skyline but thankfully cleared as we headed north.

A much nicer ride than I expected. Just surviving Redwood Gulch at all may be reason to be happy.