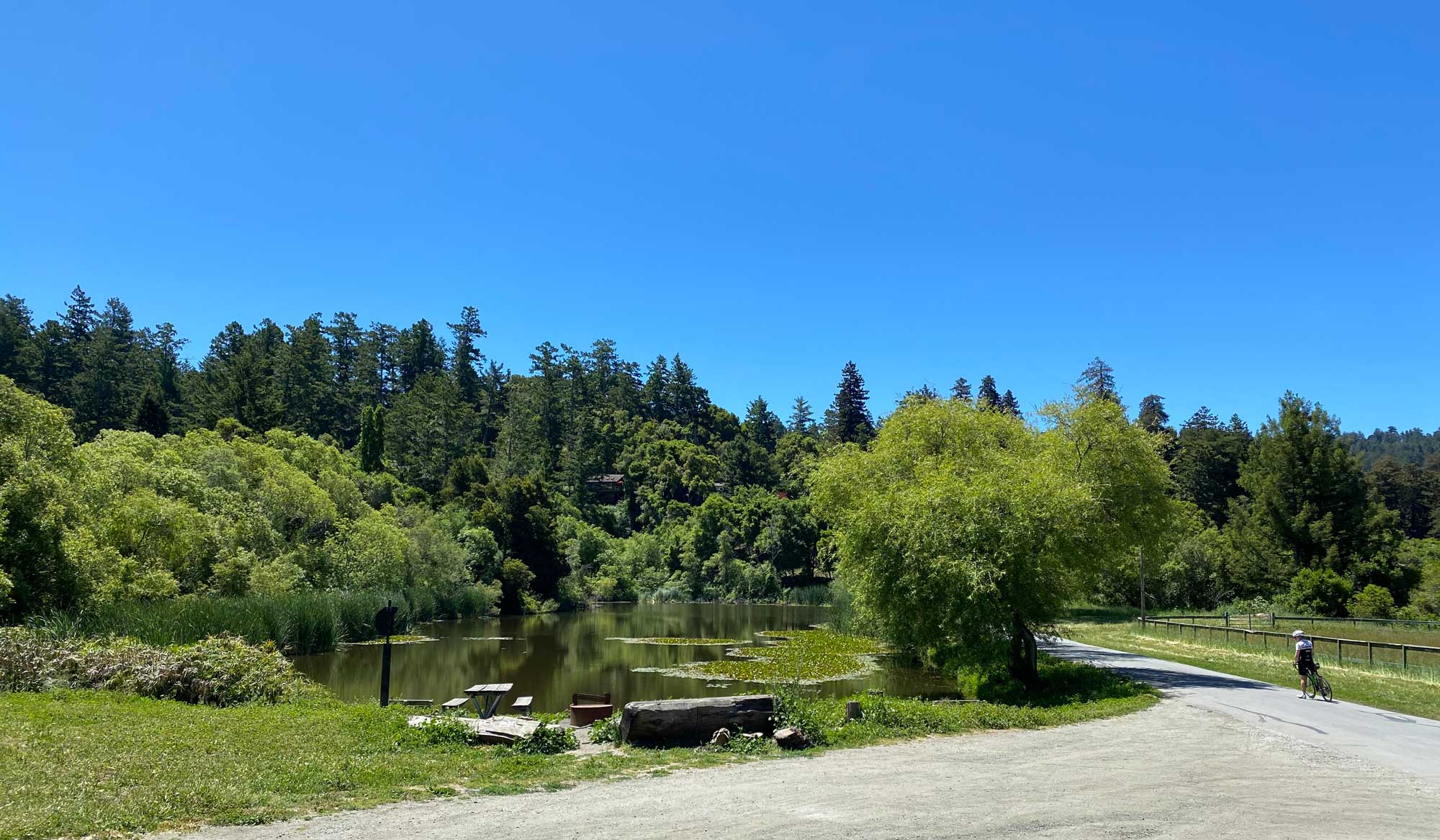 Has it really been 3 months since Kevin and I did the usual Sunday ride? He reminded me many times today that it’s not one of his favorites; he’d much rather climb West Alpine, but I thought it would be a good idea to get in a few more miles, plus, I was curious just how much Pescadero was open for business.

As expected, quite a few more cars than have been on the road lately, pretty close to normal weekend traffic, despite still being in the Covid-19 shelter-in-place timeframe. Old LaHonda went much better (for Kevin) than last week; I was hanging on a few times, but he did begin to tire a bit at the end. Despite the warm weather, no snakes on West Old LaHonda. Very surprised by that!

The duck pond was sporting quite a few turtles and what might have been a very small… darn, forgetting the name of the bird! Heron. That’s it. Haskins Grade was… slow! Really slow. And pretty good headwind going into Pescadero, which was a bit of a surprise. You’d think the warm air would be pushing out to the ocean, not the other way around. 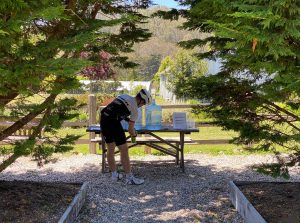 Pescadero. No possibility of stopping at Arcangeli for a sandwich and cookie; line out the door and a peek inside looked pretty packed. Headed to the gas station taco place instead, which I *thought* $17 would be enough for, but no, they’ve had to put a couple dollar surcharge on anything made with beef due to high prices. Couldn’t even get cokes! But, two fish tacos for me, two steak tacos for Kevin and we seemed good. A bit concerned about water, but thankfully the Bike Hut, while closed, had a table set up with water jugs.

Tunitas? Ah, well, let’s just say it was slow. Like Haskins, only felt worse. The only good thing is that, our time away from Tunitas seemed to have messed up our sense of “where is the grassy knoll” section (where it begins to flatten out), and we hit it earlier than I thought. That was nice. Usually we misjudge corners thinking we’re closer to the top than we really are.

Overall a good ride although Kevin will of course say otherwise, since it was about 15 miles longer than West Alpine would have been.