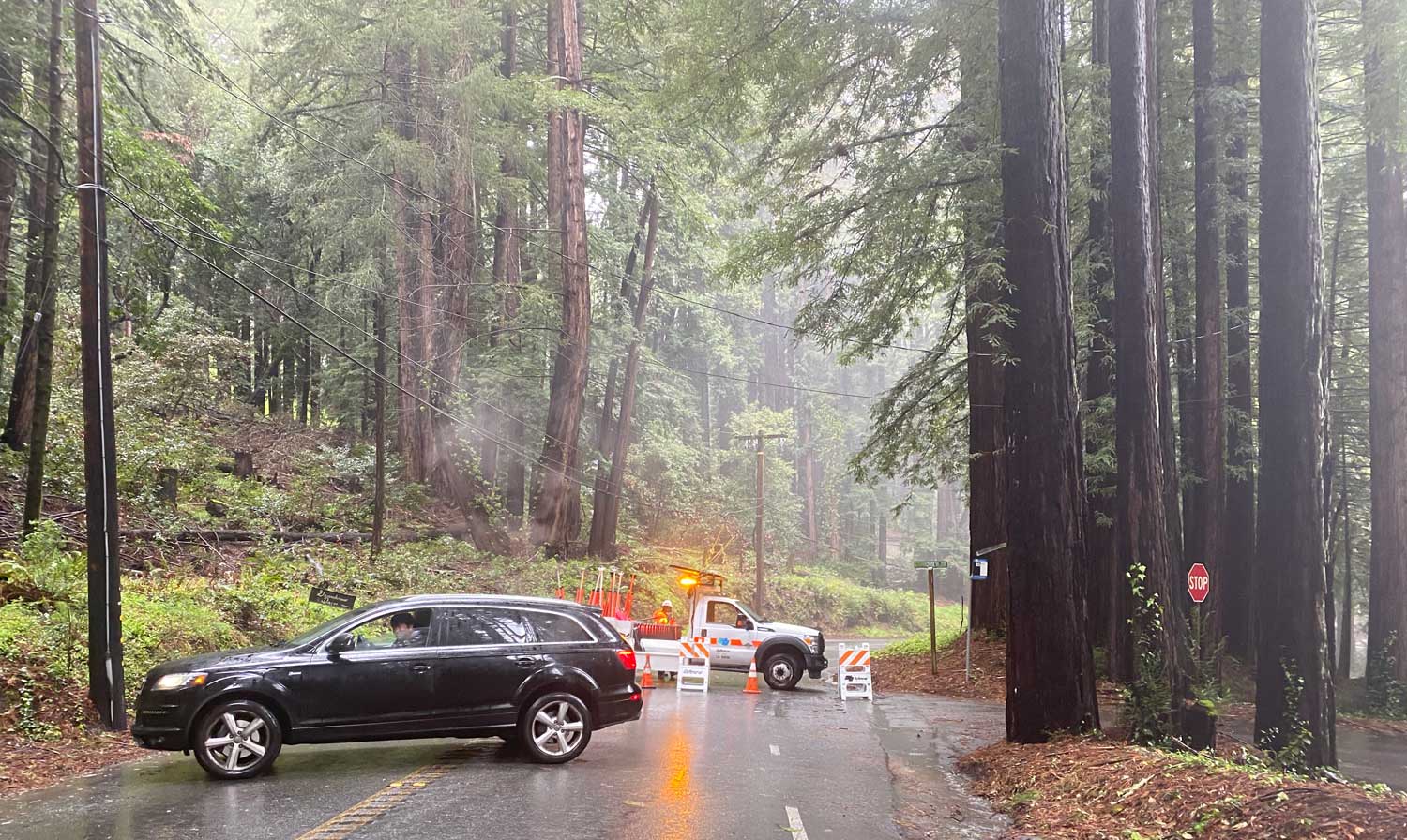 A wet Sunday would seem like a perfect time to ride a trainer, get into one of the Zwift rides, instead of being out in the muck. But it’s so much easier to motivate myself outside than inside, and with the entire world focusing on isolating yourself, staying indoors and breathing “used” air, I just had to get out on a legal 5 mile radius ride.

Up Kings, something I try to avoid at all costs on a Sunday ride. Why? Because I ride up it every single Tuesday & Thursday, no matter what, so why, on a Sunday would I want to ride up Kings? But not too many options when you have to do a ride within a 5 mile radius from home.

So up Kings at a pretty easy pace, stopped on the way to take a photo, then south on Skyline to 84. Down 84. I said, down 84. You know, into Woodside. I knew the road had been closed earlier due to a downed tree, but no flares, no tape, no sign that it was closed at Sky Londa, and cars were coming up the hill.

What we didn’t know was that those cars had gone down the hill about half a mile and had to turn around… as you can see in the photo. Very strange. But what the heck, it added a mile or so to the ride, and we had an excuse for having to go a mile or so beyond the legal radius and descend Old LaHonda back into Woodside.

I’ll be happy when we can ride to the coast again.