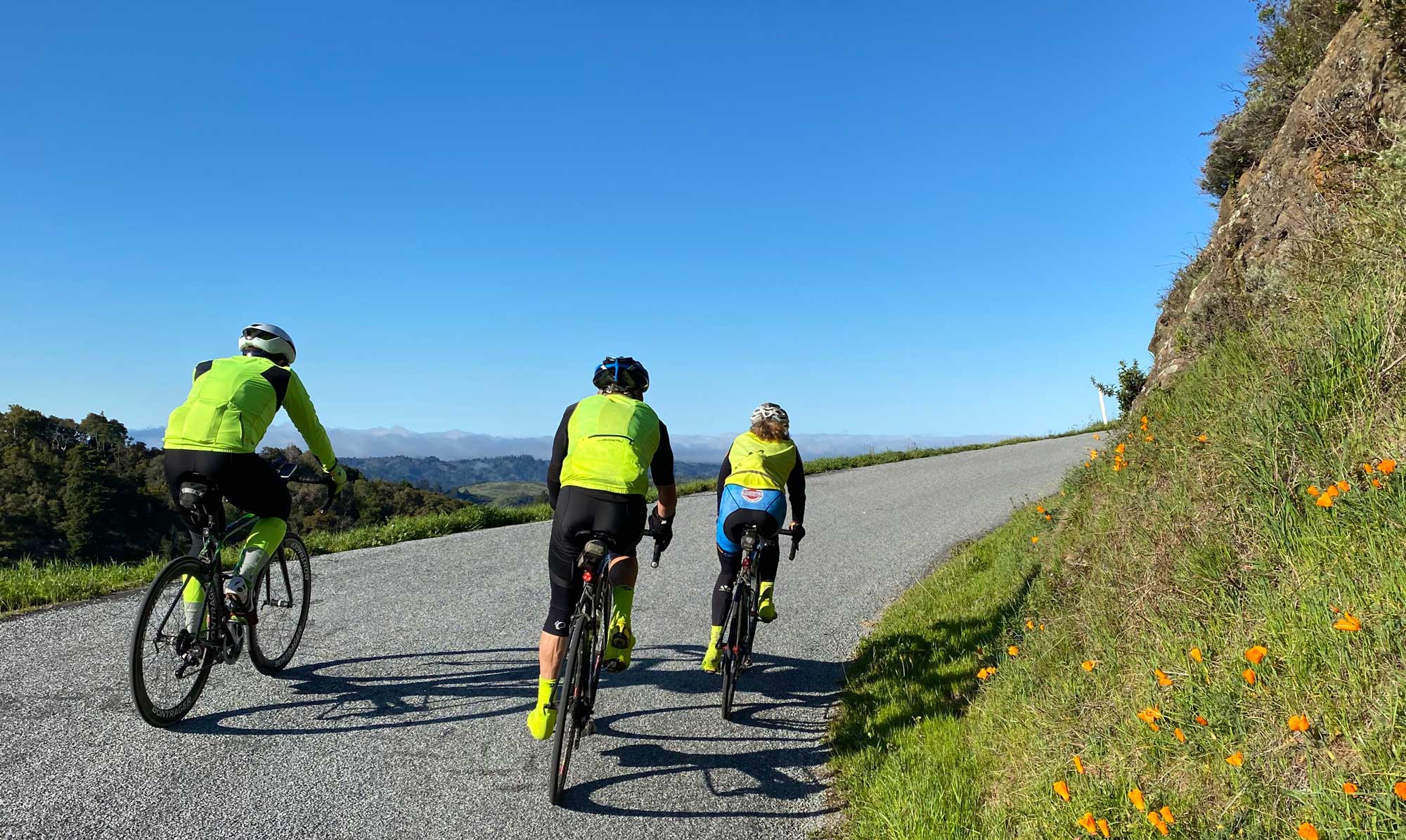 An interesting day to be sure. One of those very rare days in which I was feeling a lot better than my son, with two other witnesses seeing it (“pilot” Kevin & Karen). I was doing much better up Kings than anytime recently, and got a huge gap on Kevin such that, at the wide-open clearing spot, I decided to circle back a bit and make sure he was OK. He was almost two minutes behind at that point; had I kept going, I probably would have been just under 30 minutes.

But the bigger news came a bit earlier today. Just heard it an hour or so ago. We knew the stay-at-home order would be extended. But what we thought were clarifications on the extension? Not the case. The new order is not an extension; it’s a far more draconian effort to keep people from leaving their homes. It includes a 5 mile radius (described as distance from your home) outside of which you are not allowed to walk, run, hike or… bike. That’s right, a ride to Skyline for 99.9% of us is illegal. A ride to the coast, out of the question. A ride anywhere that you might want to get on shorts, a jersey and cycling shoes… is not allowed. Basically, if you see anyone looking like a “cyclist” and not a commuter, odds are, they are not legal.

This is interesting. I’ve asked for clarification, noting the huge difference in considering a 5 mile run as an essential activity for maintaining health, vs a 5 mile bike ride. Maintenance of health via exercise is considered an essential activity. But they’ve made it pretty much impossible to do so by bike.

Guess we’re going to be selling a lot more trainers.

5 thoughts on “Felt so good this morning… but could it be the last legal ride for a while?”