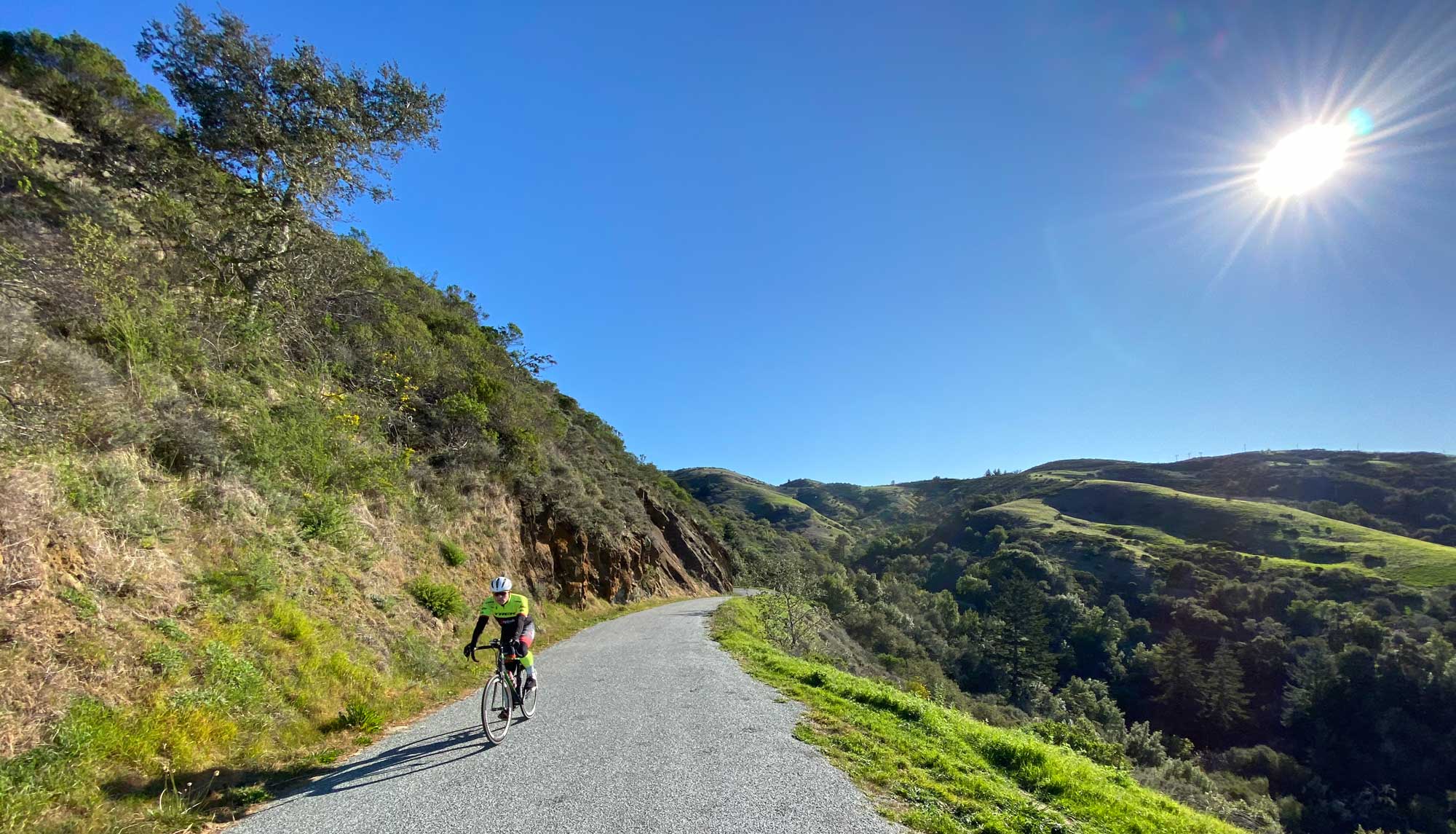 It was the best of times… well heck no, it wasn’t. From the very first few pedal strokes up the street out of our driveway, I could tell it wasn’t going to be easy. It wasn’t easy for Kevin either. The ultimate high-gravity day? There was more in play than that, at least for me. I was just not in a good place in my head, and was giving really serious thought to turning around at the park entrance, just 1/3rd of the way up Kings. The reason I didn’t may have been Kevin voicing something along the same lines. Well darn; if I can’t be miserable on my own, what’s the point? That whole pity-party thing has never worked well for me.

I did turn back at the park entrance once before, for the same reasons. Head just not in the game. But this time was going to be different; I got past that initial “crisis” and started feeling a bit better about things as I climbed. I think I gave in to feeling better, if that makes any sense. I still felt really weak, as did Kevin. Karen (forgot to mention we had company!) was doing her thing, heading up the hill at a pace neither of us could match, but once we got past Skeggs, up on Skyline, I felt quite different. Saw a bit of power now & then on the display. Legs felt like they kinda worked. Up until that point, I assumed it likely we’d all be descending 84 into Woodside, rather than head west towards West Old LaHonda, but it really felt like it would be best to make a statement, to myself if nobody else, that normalcy was within reach.

Descending 84 towards West Old LaHonda, I was even able to take the lead and pull us forward. It felt good, and I really needed to feel good. And yes, it was the usual beautiful day on West Old LaHonda.