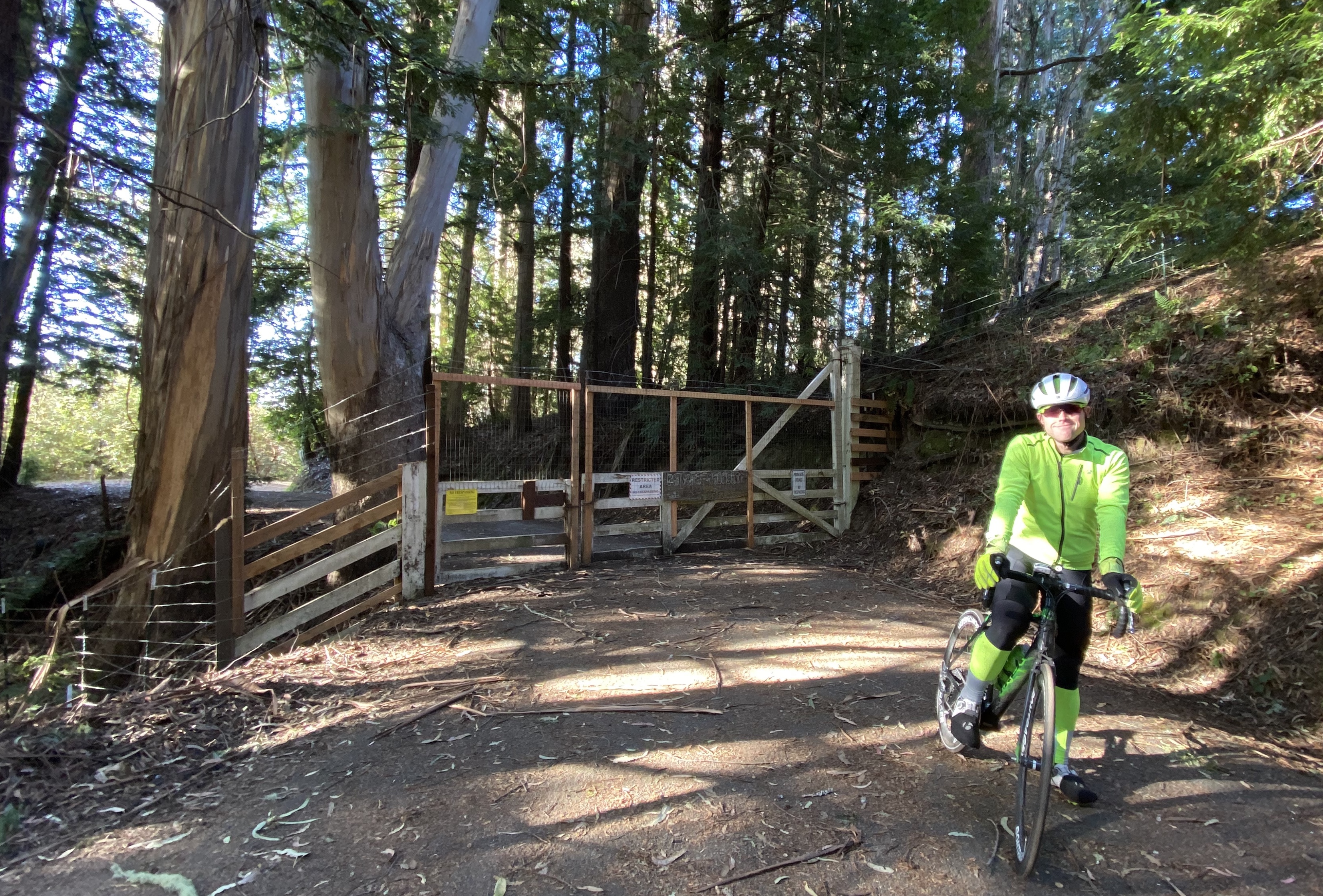 It’s nice having alerts that send to your phone, which sends to your Garmin, which is seen in the way up Kings, telling you that somewhere between Bear Gulch and Sky Londa the road is closed due to downed power lines.

Not that the climb out of Native Sons is particularly fun, but it is one of the three official dead-end roads running west of Skyline, and it’s nice to do something different once in a while.

Since last time we rode here they’ve added more height to the gate at the end, even topping it with barbed wire. Looks serious!