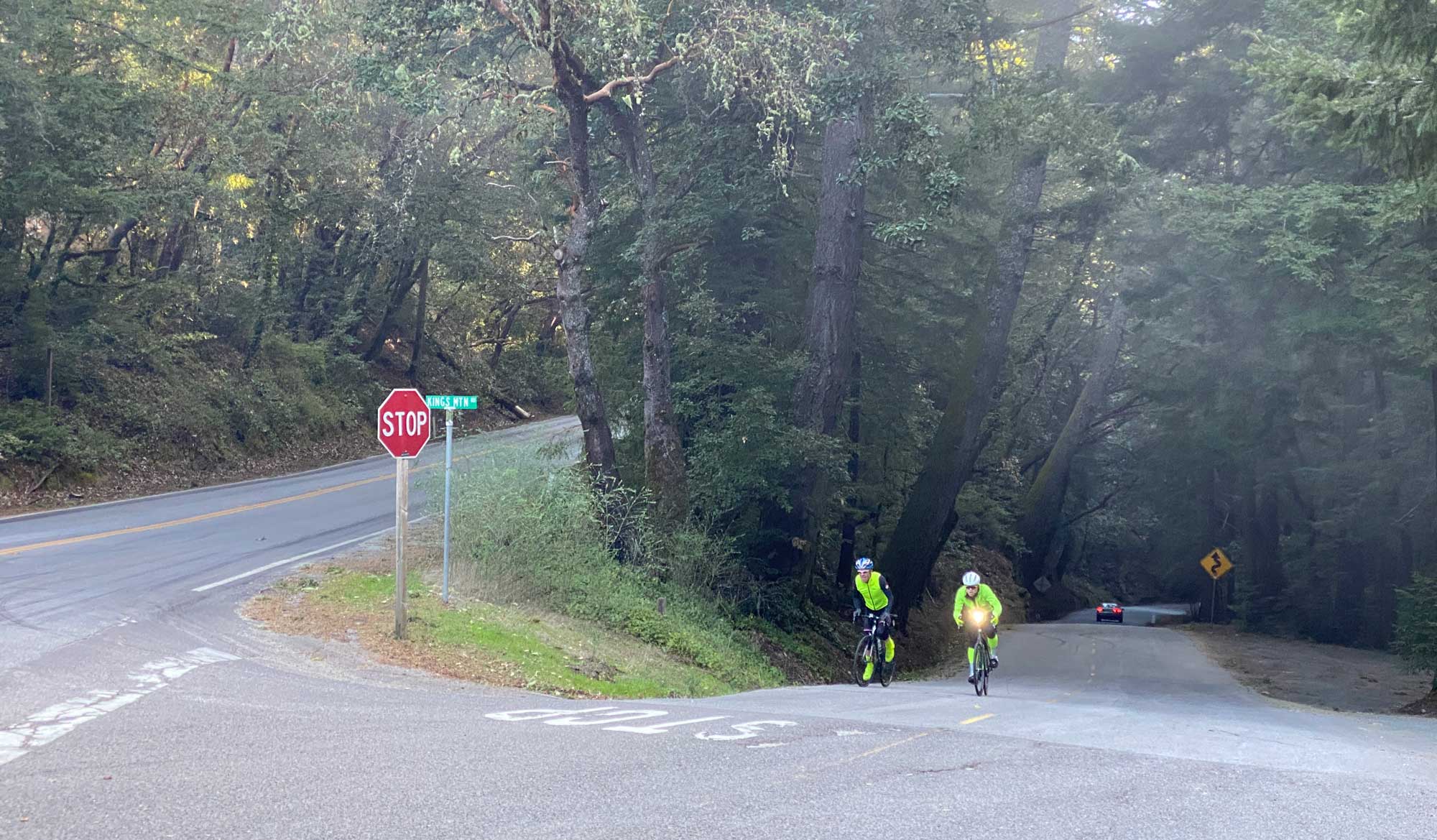 Ouch. I am not keeping up on things here. So much has been going on, some personal, some business. New blood tests recently; same as it ever was. Basically that’s good news. Hematocrit has stayed stable, so I can’t complain that the meds I take for my mild bone marrow cancer are affecting my cycling that much. Mostly the cold weather, but hey, it is winter, right? And shortly I’m coming up on my one year anniversary of sliding on black ice and breaking my pelvic in two places. Don’t think I’m going to celebrate that one!

Tuesday’s ride was just me and (younger) Kevin, another really slow ride up Kings, another one of those rare days I was feeling better than Kevin. Rode so slowly that we couldn’t ride the West Old LaHonda section and make it back in time for work.

Today. Thursday. I was guessing this wouldn’t be another day I’d be riding stronger than Kevin. I guessed wrong. Despite not getting a whole lot of sleep the night before, I felt OK. We met up with older (Pilot) Kevin and headed up Kings, via the park. For a little bit, inside the park where it gets steep, I was in a bit of trouble & younger Kevin was looking pretty strong. For half a mile or so I was a bit concerned I was going to get dropped. But, wasn’t that what I thought would happen? But it didn’t happen. The two of us waited a 10 or 15 seconds at the top of the park for (Pilot) Kevin to join us and then continued up the hill until… until the two of them lost my wheel a bit. And you’re wondering, do you hold up, knowing that they just might get stronger and drop me? Or do you keep on pushing, see how far you can get? In the end, the two Kevin’s continued together, finishing 1 minutes, 27 seconds behind me. Not that I was checking.

Oh, right, it was cold again! Upper 30s up on top. That February thing I guess.