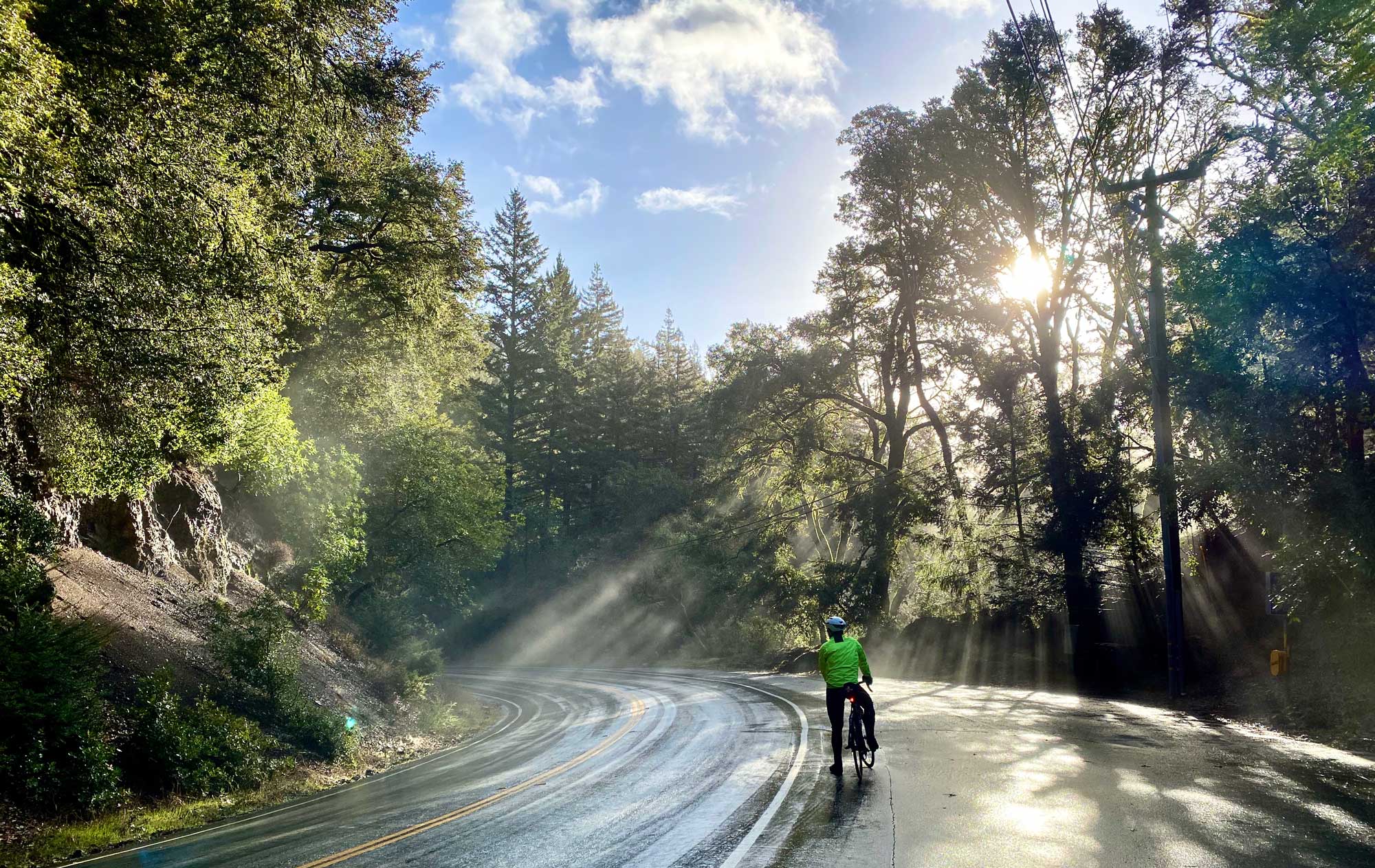 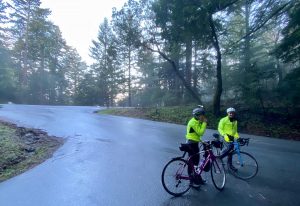 Tuesday’s ride- we expected to have nice dry roads, but no, back on the rain bikes again. It did clear up nicely on Skyline, but never enough to dry up the roads. A bit cool up on top at 34-35 degrees, but we have to remember this is winter after all! It was a very, very slow ride, slow enough that I was able to actually talk with Kevin on the climb.

We did come across Peggy K, great customer & friend, who had already been our riding for a couple hours. One of those “morning people” rumored to exist. Also passed by another young woman on the way up Kings. Nobody else out on the roads until our return through Woodside a bit later. What’s not to like about unexpected rain and cold temps? 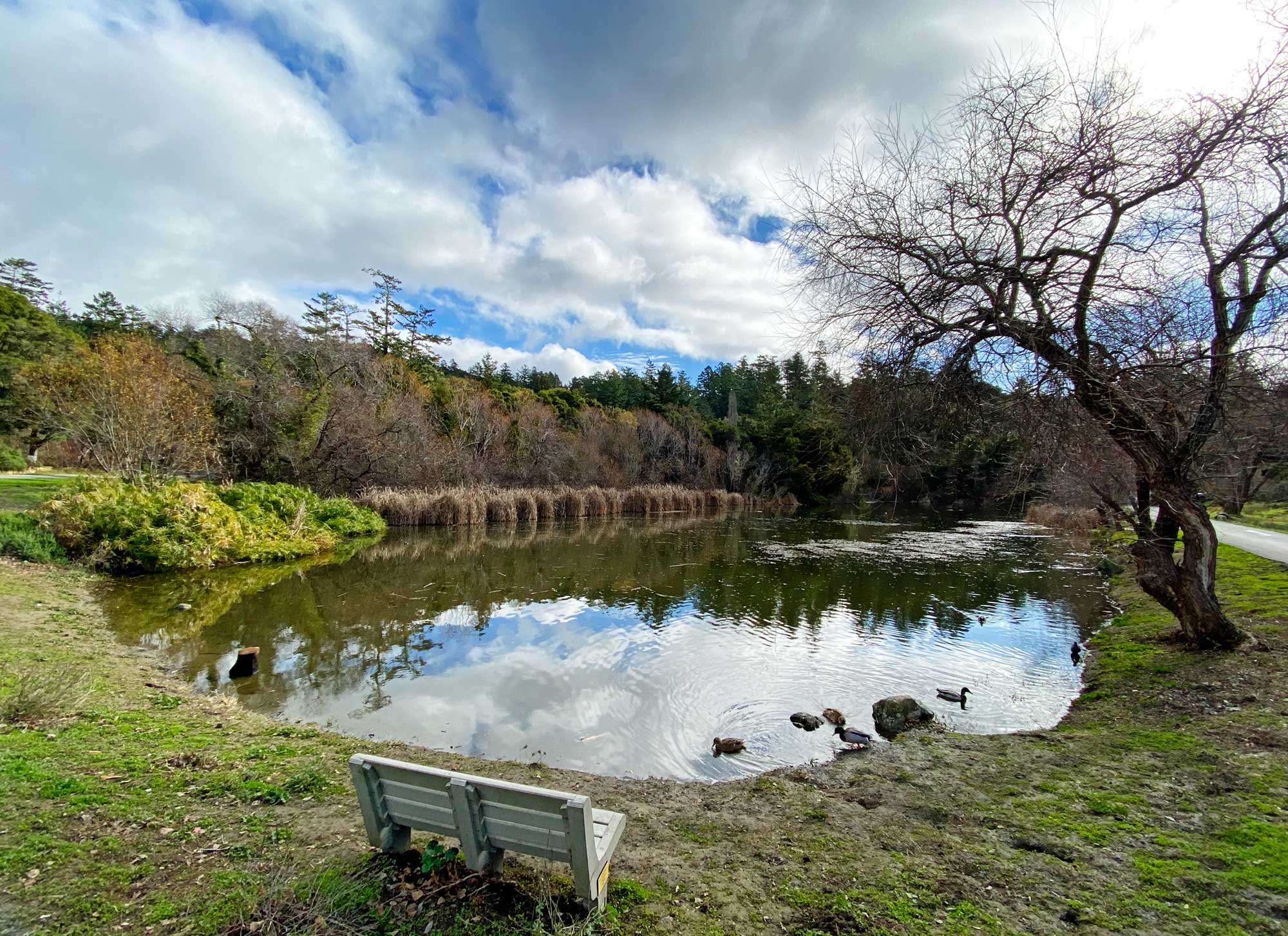 Sunday it was, finally, a chance to get back to the regular Sunday loop, Pescadero Tunitas. Kevin’s missed a lot of riding lately, and yes, it showed, because he was in no position to drop me on the climbs. This will, of course, change over time. But for now, we’re both pretty slow. How slow? 25-something up Old LaHonda, 11-something up Haskins, and just under an hour on Tunitas. But, who’s keeping track, right? 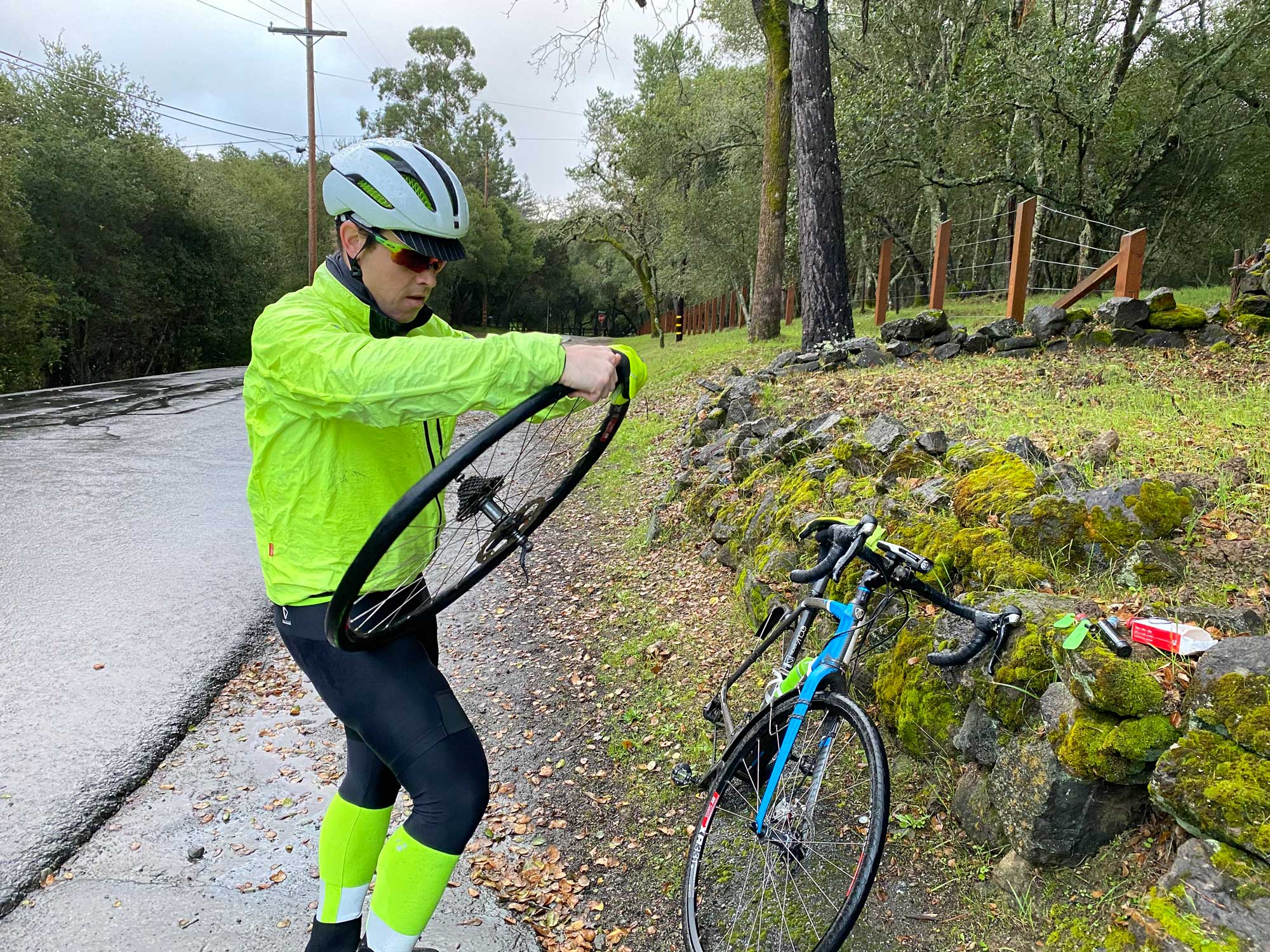 Last Thursday was another sloppy day in the wet, with the added fun of a flat tire for Kevin on Albion.

And that pretty much brings us up to speed. I should have had regular right-ups on each, especially Sunday’s ride, which was missing the legendary face-covering cookie because Kevin wasn’t hungry enough. He was thinking about not even getting the usual sandwich (which we split between us); I had to explain that bonking from hunger was a lot worse than feeling bloated for a bit.