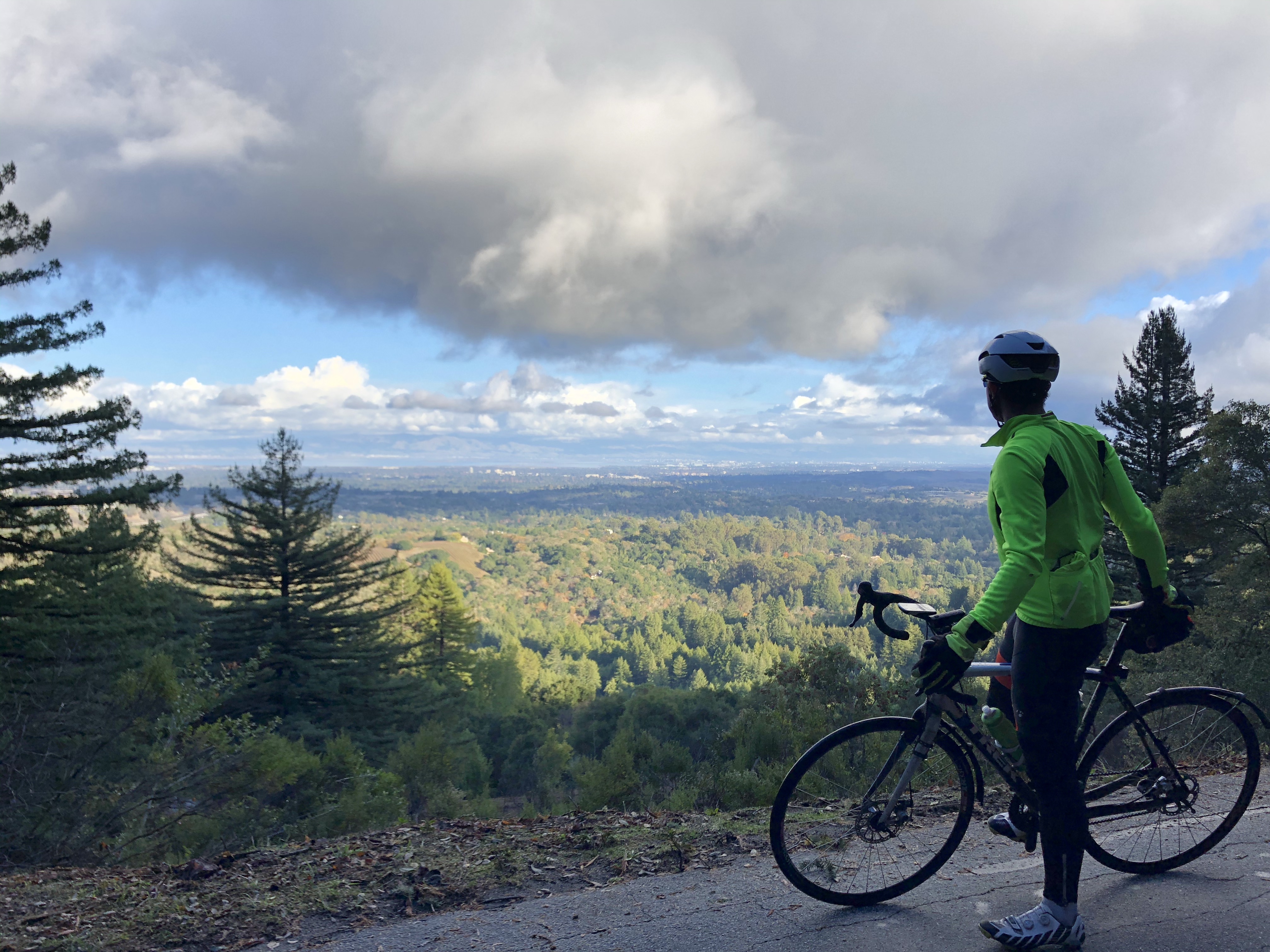 Wait. Maybe it’s coming to me. Nope. Darn. It was messy this morning and normally I’d be thinking hey, great, let’s roll through the muck! But it wasn’t raining very heavily, no wind to speak of, so no real challenge. Plus I wasn’t feeling all that great, dealing with a minor cold that took some of the liveliness out of me. It felt like getting on a bike seemed like a dumb idea. That thought, of course, was exactly what it took to get me out there.

It wasn’t so great the first few minutes and then it just kinda felt like what I should be doing. Or we, as Kevin was with me. It was a really slow ride up Old LaHonda, but it was nice being able to have a conversation while riding. The plan was to continue on West Old LaHonda but my Garmin displayed a message saying it had just been closed due to a downed power line. So that feature of displaying text messages on your Garmin can be quite useful!

We made the ride a bit ugly by heading north on Skyline all the way to Kings, but it was still highly enjoyable. Go figure. Have to wonder about the other cyclists we saw out there though, at least the half that had nothing on their legs to keep warm. 44 degrees and damp is definitely leg warmer weather!

Would have been nice to have a more challenging ride before ditching the bike for two weeks while on vacation to Israel with my wife. No riding there. Leaving SFO 9:40pm Monday night, and arriving at… 9:40pm Tuesday in Israel. That’s pretty strange! But not as strange as heading from Asia to the US and landing earlier than you took off. THATS strange.