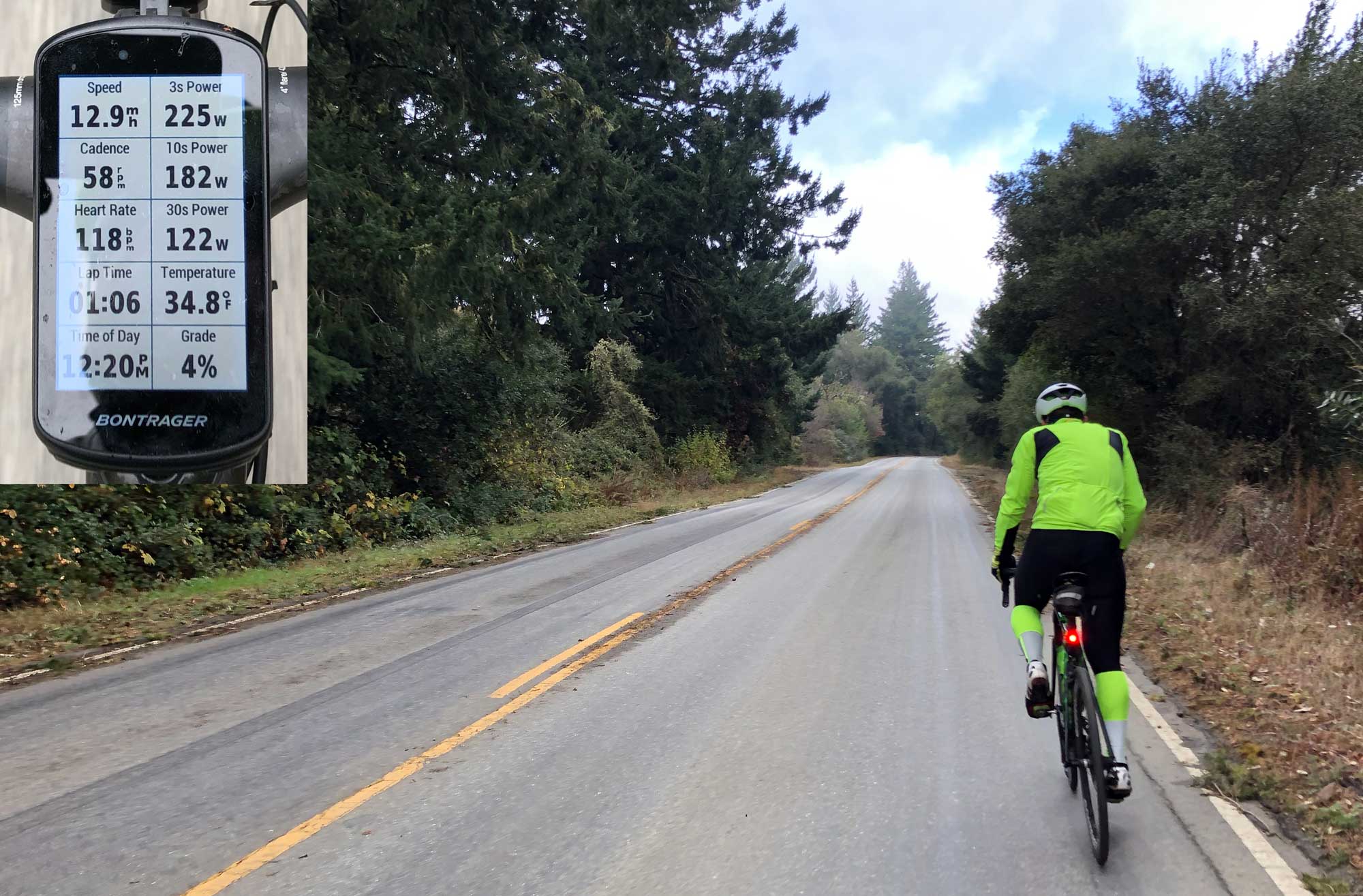 It’s been a while since any updates; yes, I’ve been riding, but not very strongly, and with a number of rides cut short a bit due to time constraints. If I’d been riding at normal speed, there wouldn’t have been a problem. But seems like the colder temps are hitting me harder this year than most. Could also be that the higher dose of meds I’m on is cutting my hematocrit back a bit too much; I’ll find out about that soon when I go in for another blood test. Funny thing is, I’m actually hoping to see a too-low hematocrit number, because at least then I’ll have a reason to be slow!

Being a Thursday we’d normally be doing Kings, but being Thanksgiving, as well as Kevin’s birthday (Kevin, the younger guy with a ton of birthdays ahead of him, not Kevin the pilot, who gets forced into retirement in a year), we did Kevin’s (the younger guy) favorite ride. West Alpine. Older Kevin came along with us, climbing up Old LaHonda and down the other side, before turning back. Older Kevin was concerned we were going to be too fast for him (he’s recovering from a back disc procedure) but I assured him that wouldn’t be the case, and we delivered on that assurance! On the way up we were joined by former regular Tuesday/Thursday rider Karen. We didn’t catch her; she caught up with us.

Birthday Kevin and I continued on as the other two headed back to warmer places. They’re called homes with heaters. Who needs that when you’ve got leg warmers and base layers and winter jackets and toe warmers and cold-weather gloves? Sensible people I think! I was actually a bit surprised that it stayed in the 30s pretty much the entire ride. It certainly made the climbing more pleasant than the descents. The West Alpine climb took us… well, we weren’t in a rush or anything. 54 minutes. But beautiful views on the way up, and it felt good, even though slow. Skyline, maybe not so much, and the descent back into Woodside, not at all.