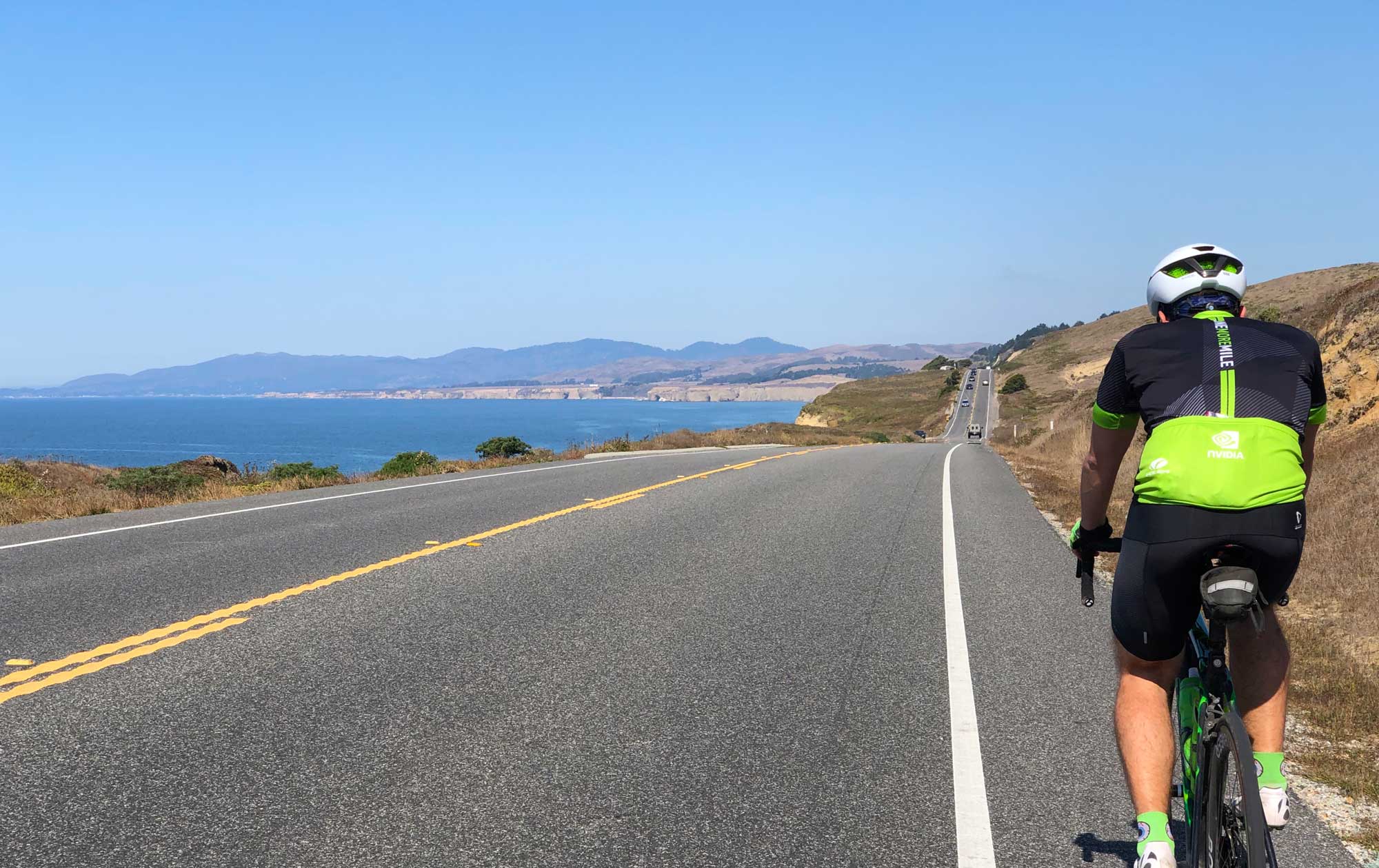 For the past month or so, it’s been one ride after another that’s either been dramatically shortened, or been solo because something came up with Kevin. A couple months of Tuesday/Thursday-morning rides altered first due to the reconstruction of a section of West Old LaHonda that had fallen away, and later even Kings itself was removed due to the removal of excess vegetation that increased the fire danger. Thankfully, as of this week, both Kings and West Old LaHonda are back in business.

So, back to Pescadero & Tunitas! Nothing really fast; those for-me-blistering-paced rides of a month or so ago are firmly in the rear view mirror. Still managed to get up OLH in 22:35, managing to stay above the 1000 meters/hour climbing threshold. Haskins, nothing to see, move along, a conversational pace. Pretty strong headwinds into Pescadero, but I just put my nose into it and ground away. Usually that’s Kevin’s job, but today I seemed to have a bit more power into the winds.

The usual fare at Pescadero (oversized cookie & chicken club) and then off to the coast instead of Stage Road, since it looked like they’d just placed a bunch of new gravel on Stage. Tunitas was… well, Tunitas. We were in no hurry, but not so dreadfully slow we had to worry about it taking over an hour.

All in all a really nice day to be out on a bike, and great to have things feel a bit closer to normal again!