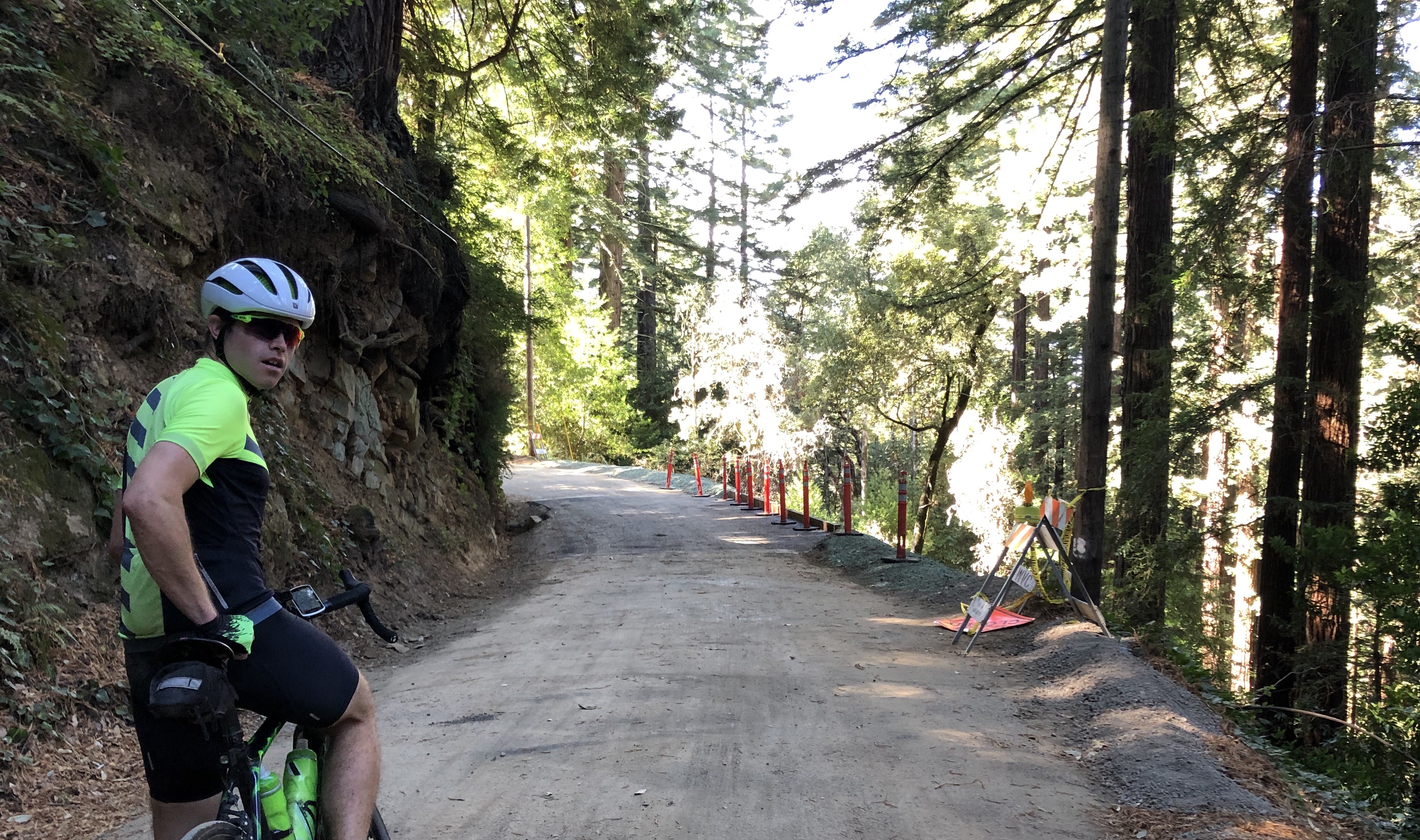 Sunday’s ride didn’t quite go as planned. Again. Kevin was pushing really hard for a good time up Old LaHonda, after a good customer told him he’d just beaten his (Kevin’s) best time by a few seconds. And then, literally within sight of the top, he had a significant seizure. Of course he was hoping it would go away on its own, as they sometimes do, since he didn’t want to wreck his time. And of course it didn’t, so of course he fell over, hurting his knee a bit. So, no great time up OLH, and a banged up knee, so no ride to the coast.

But we did go through the first barrier to inspect the Old LaHonda Ross work, and it’s almost done! Can’t be more than a few days work left. Can’t wait. We were going to cross the barrier at the other side but came across a group of women and dogs, of which the dogs were much friendlier. The dogs would have been happy for us to come over to their side, while the women, or at least one of them, was reminding us that “their” road was closed. Sigh.

Headed back and then took Skyline all the way north to 92, then down to Canada. Traffic was backed up, bumper to bumper, all the way to 280. Must have taken people 3 hours to make the drive to Half Moon Bay!

We had a better plan, stopping for coffee at Emerald Hills Coffee, before the final mile or two home.

1 thought on “Almost there…”