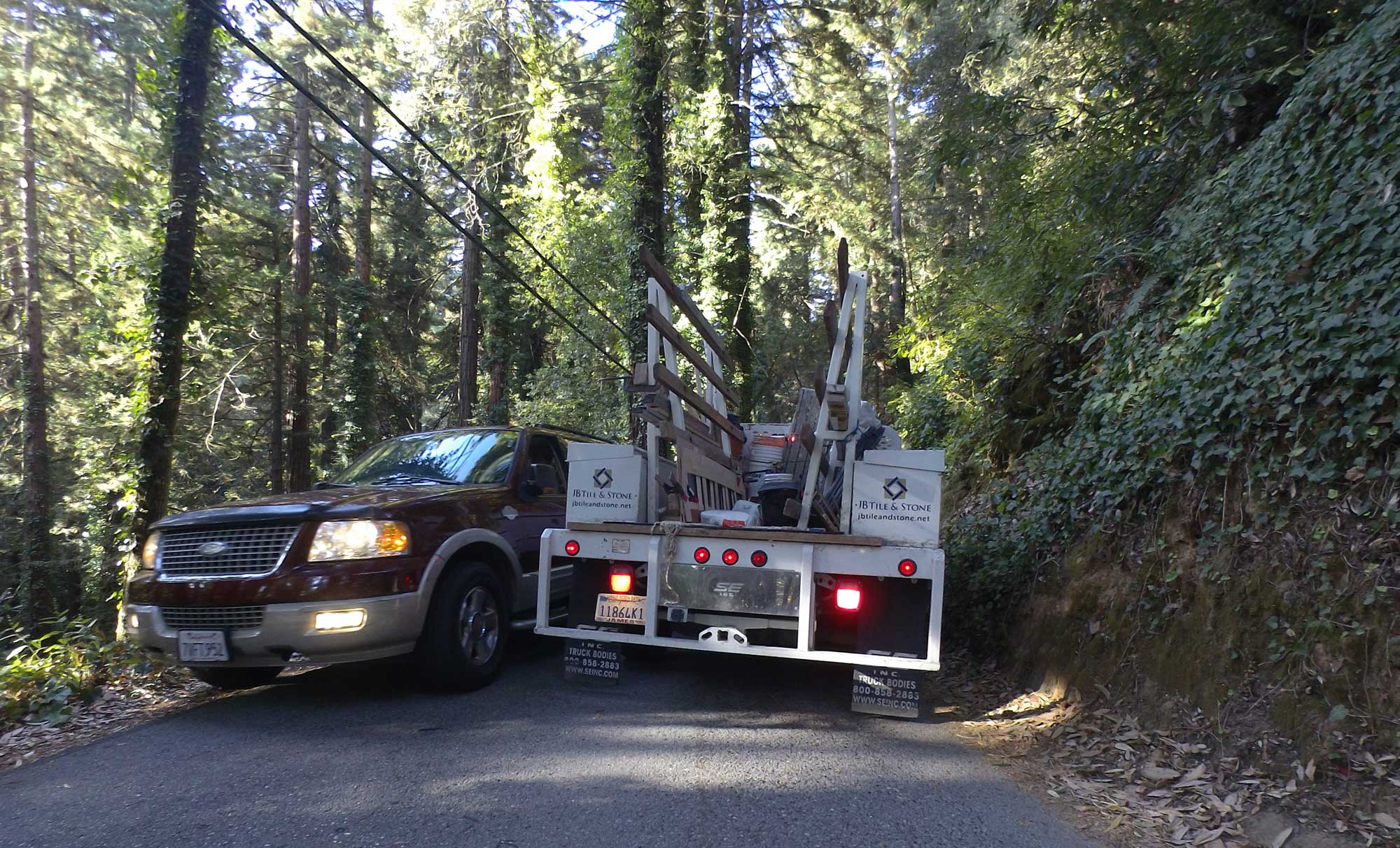 Just myself and Kevin today; the other Kevin (pilot) is claiming to have a back issue. We’ll be doing the new loop up through the Huddart Park Entrance for some time; the guy we saw today confirmed we’re likely looking at a road closure all the way through winter. How ironic that we don’t get the road back until it starts raining and people don’t want to ride! Except that, for some time, people don’t seem to have been interested in this ride anyway. Think the word got out that I’ve gotten old & slow. But truth is, I’ve actually gotten quite a bit faster this year. Just not getting any credit for it.

Fortunately Kevin’s knee was feeling better this morning; it may also have helped that I made sure he used leg warmers, since it’s becoming a bit cooler in the mornings. Not cold, just cool. Very, very few other cyclists out on the roads. Even the Strava flyby showed only a few cyclists; we’ve seen far more on really miserable days!

But OLH. Wasn’t sure how I was going to be feeling, but lately I’ve been feeling pretty good on morning runs up OLH. Heart rate climbing to where it ought to be, legs seeming to work, lungs, well, best I can say is that they’re there. Was not happy to have lost 28 seconds having to stop just 150 meters (maybe less) from the top! In fact, my Upenough-to-top time was just 17 seconds off my best in many years, despite those 28 lost seconds. But, as you can see in the photo, there was no way to get around.