And nobody knew I was gone. No Sunday ride on Strava; what’s with that? Had something to do with my 40th wedding anniversary and a quick trip to Las Vegas. Original plan was to leave Sunday afternoon so I could get in a quick ride, but that didn’t seem too romantic and hopefully I could score a few points (which, in relationships, always seem to expire before they can be redeemed… what’s up with that?).

So Saturday 10:30pm were on a plane from SFO to Vegas. Arrive at The LINQ about 1am and find that our room “reservation” was actually just a “request” and all the Kings were gone, leaving only a “full size” for the same low (NOT!) price. But gee they gave us a $25 food credit (think 2 large bottles of water at Vegas hotel pricing) and a promise to do better the next night.

They DID do better the next night, upgrading us to a two-room suite with two TVs (neither used) and two bathrooms (both used). Nice view of the giant Ferris wheel too!

But the real magic for my wife was yesterday (Sunday) when we went to Hell’s Kitchen for dinner. She’s a big Gordon Ramsey fan. It actually was a lot of fun. 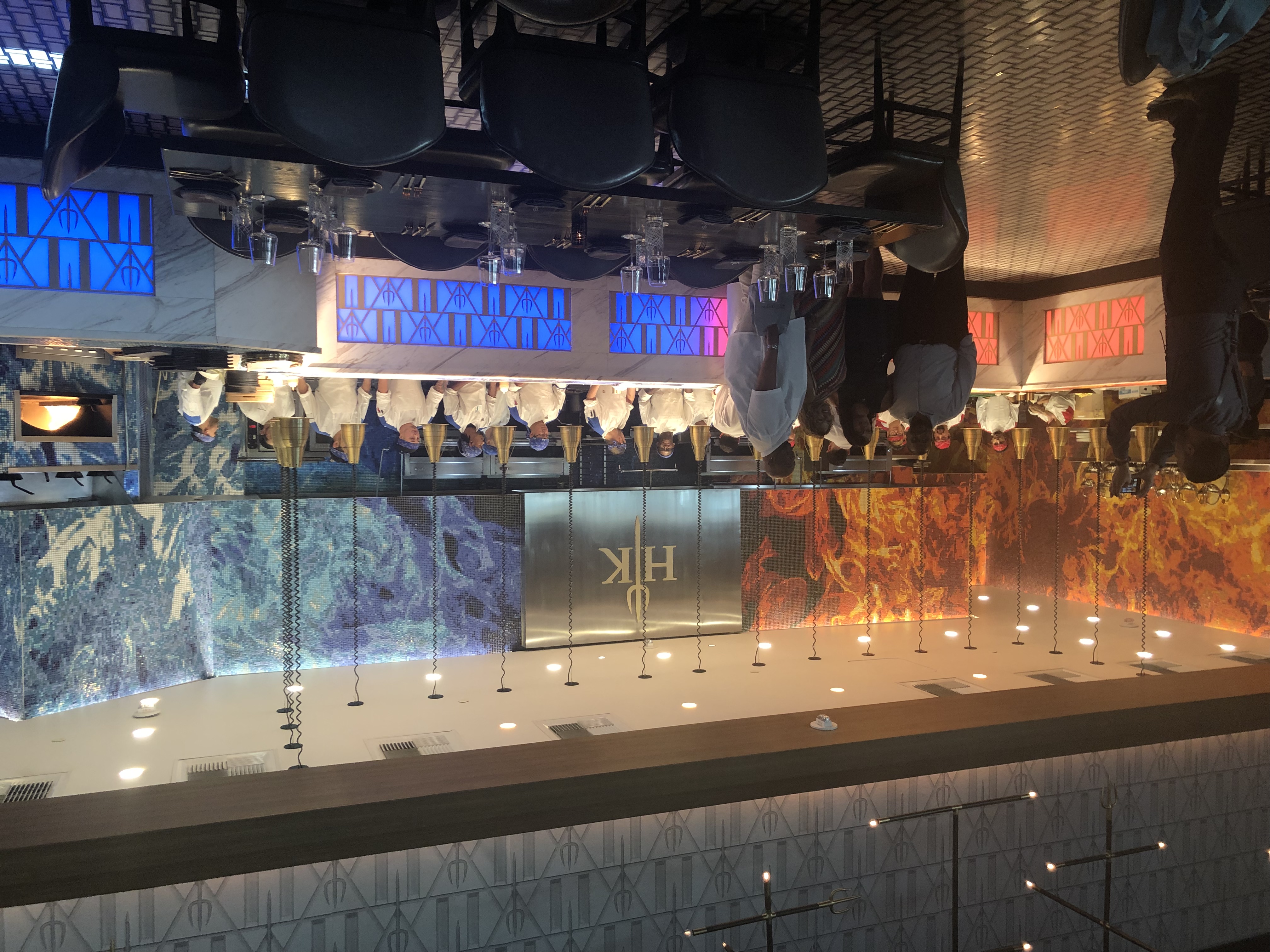 And yes, they have a red team and a blue team. Then it was time to fly home and breathe real air and go on a real bike ride this morning.

But 100% solo; Kevin (kid) felt sick and nobody else out there either. I had no choice; just two days in Las Vegas had added 5 pounds to the scale!!! Sometimes it’s nice to ride alone but this morning I could have used some company. Think most looked up at the clouds and fog and figured they’d ride later! Hopefully Thursday will be back to normal.