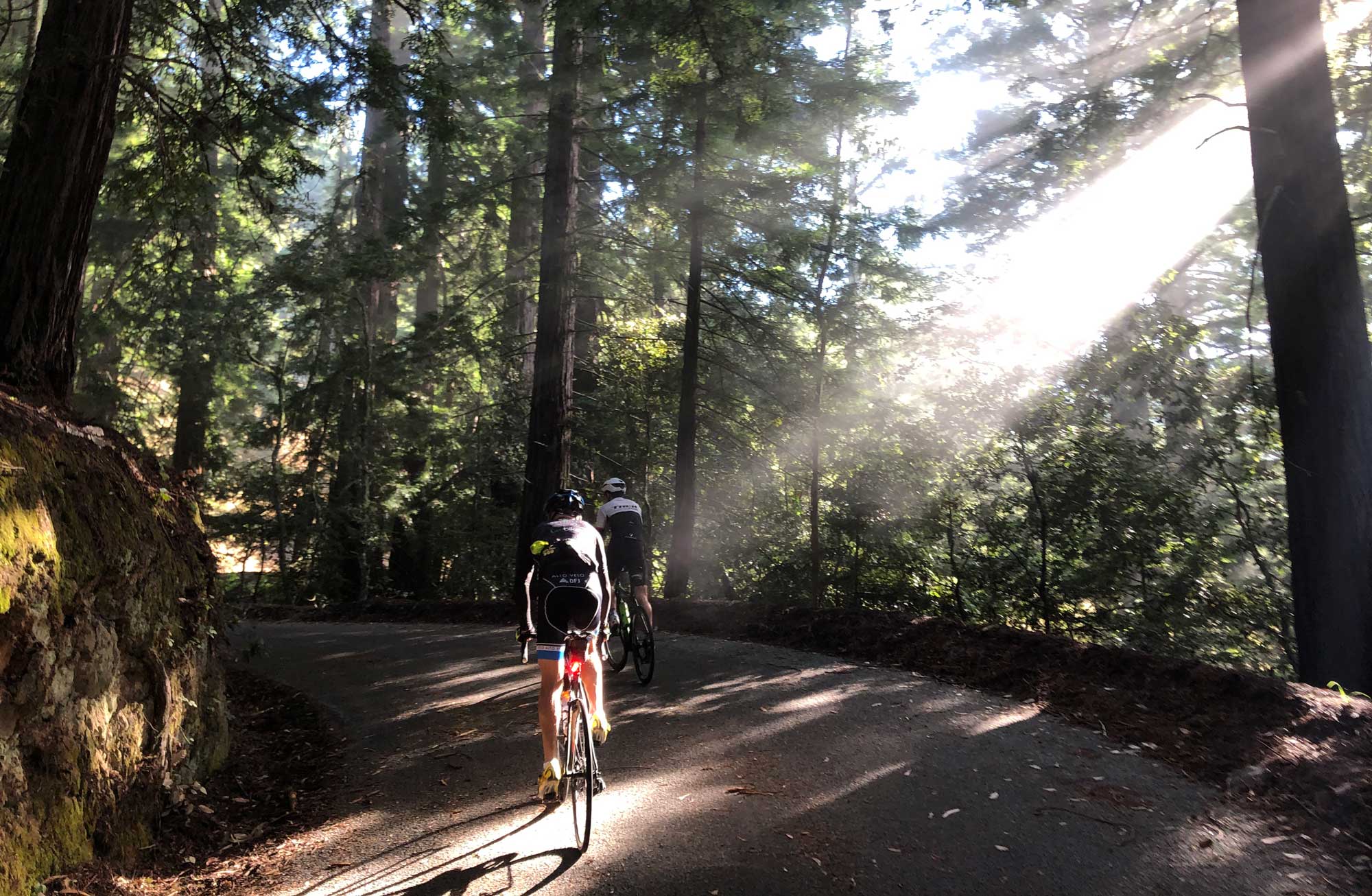 The Pilot’s back! Finally, it’s not just me & Kevin on the ride; the Pilot showed up. Not terribly fast right now; he’s recovering from a nasty case of Lyme disease, but that’s OK, allowed for a conversational pace for all. A rare thing when I can actually talk while climbing Kings.

And we did something a bit different at the Pilot’s request. Since we can’t do the West Old LaHonda loop for the next few weeks, he suggested Native Sons. That twisty little road that drops down the west side of Skyline, similar to a few others, and ending at a fence with all sorts of nasty signage telling you to go back to where you came from. Pretty harsh climb out, but not bad pavement and no cars.

We returned via the upper part of Tunitas, almost but not quite getting a personal best on that segment. I came unglued from Kevin’s wheel just before the end. Darn. Yet, I don’t feel like I have to go try again.