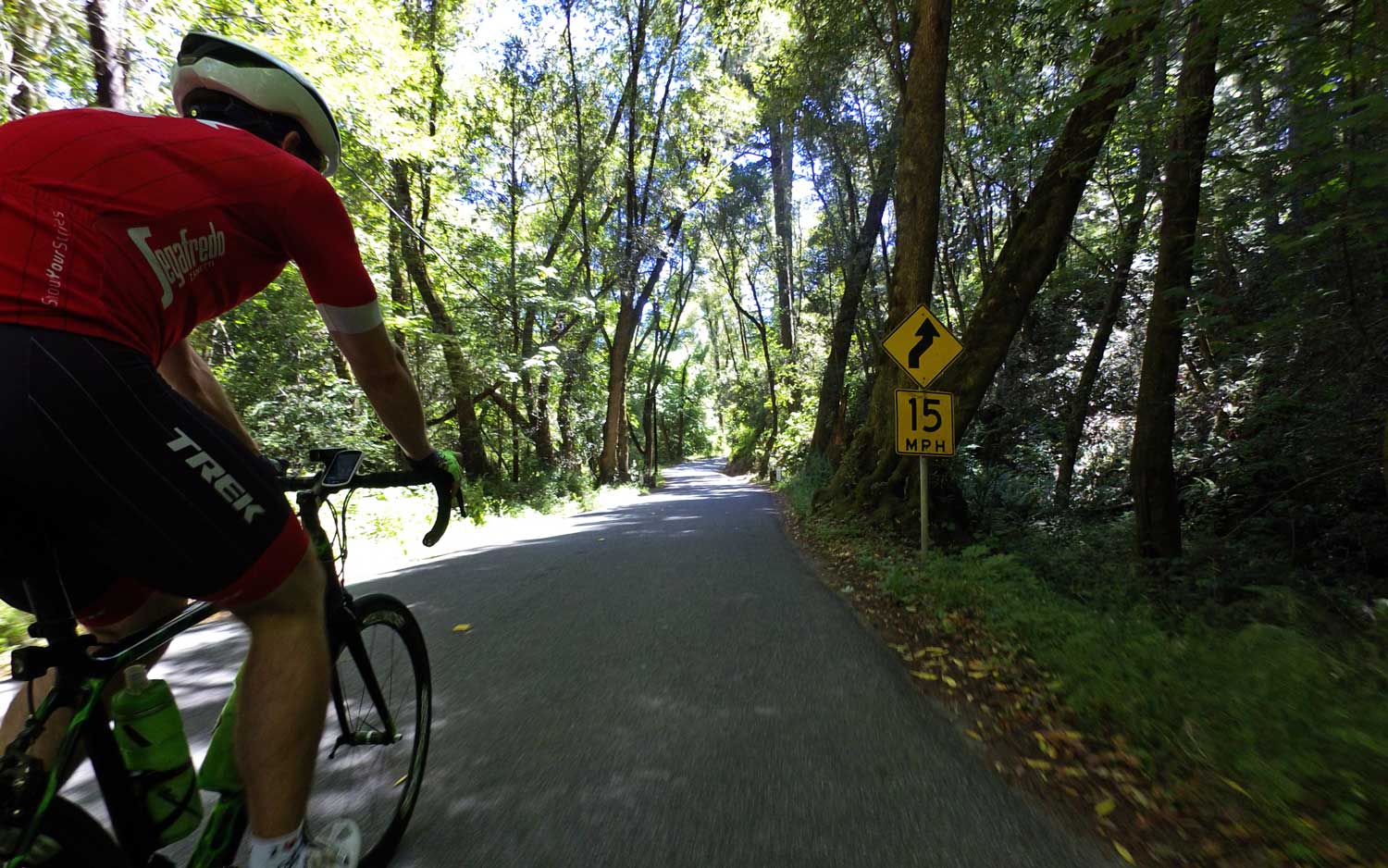 Hot? Yes, we knew it was going to be hot, so the idea of a really long ride, or even doing Mt. Hamilton, so those ideas were left on the table. We’d do the usual Sunday ride, except we didn’t. Before we even got to Old LaHonda Kevin’s knee started acting up. It… was… slow. We hoped that maybe the warm temps might loosen things up, but no such luck By the time we got to LaHonda it was pretty clear that the full loop wasn’t going to be a good idea, so we took the shortcut home.

West Alpine is a shortcut? West Alpine is easier than something else? Not really, but it is Kevin’s favorite climb. It’s just not a climb we’d normally be doing at under 200 watts! The really strange thing is that, for me, effort doesn’t seem to “scale” down along with comfort. I feel better, in some odd way, at a faster pace than slower. I never seem to develop a rhythm at a slower pace. Still, it did allow me to actually have some conversations with Kevin, instead of constantly being out of breath and only able to answer questions with a yes or no, never get to ask a question nor give an essay answer.

Kevin did take advantage of this to try and make sure I could understand some basic French prior to heading to France, and of course, I failed miserably. But overall the ride didn’t feel like a failure. Just over 40 miles, saw turtles and a very large bird at the LaHonda duck pond (Heron). Later on, descending Skyline near the scenic overlook, I spotted Raven “tracking” Kevin for a while. Kind of cool. Also noticed quite a few butterflies out. Along with a single banana slug (on West Alpine, looking like it was trying to slink into a hole to get away from the heat), a single lizard (we expected to see many more, and maybe snakes too, on West Old LaHonda but curiously, just the one lizard) and several “wolf packs” of cars. Definitely a sign of the unofficial first weekend of Summer!